A Different Way To #PackMoreIn with Original Source 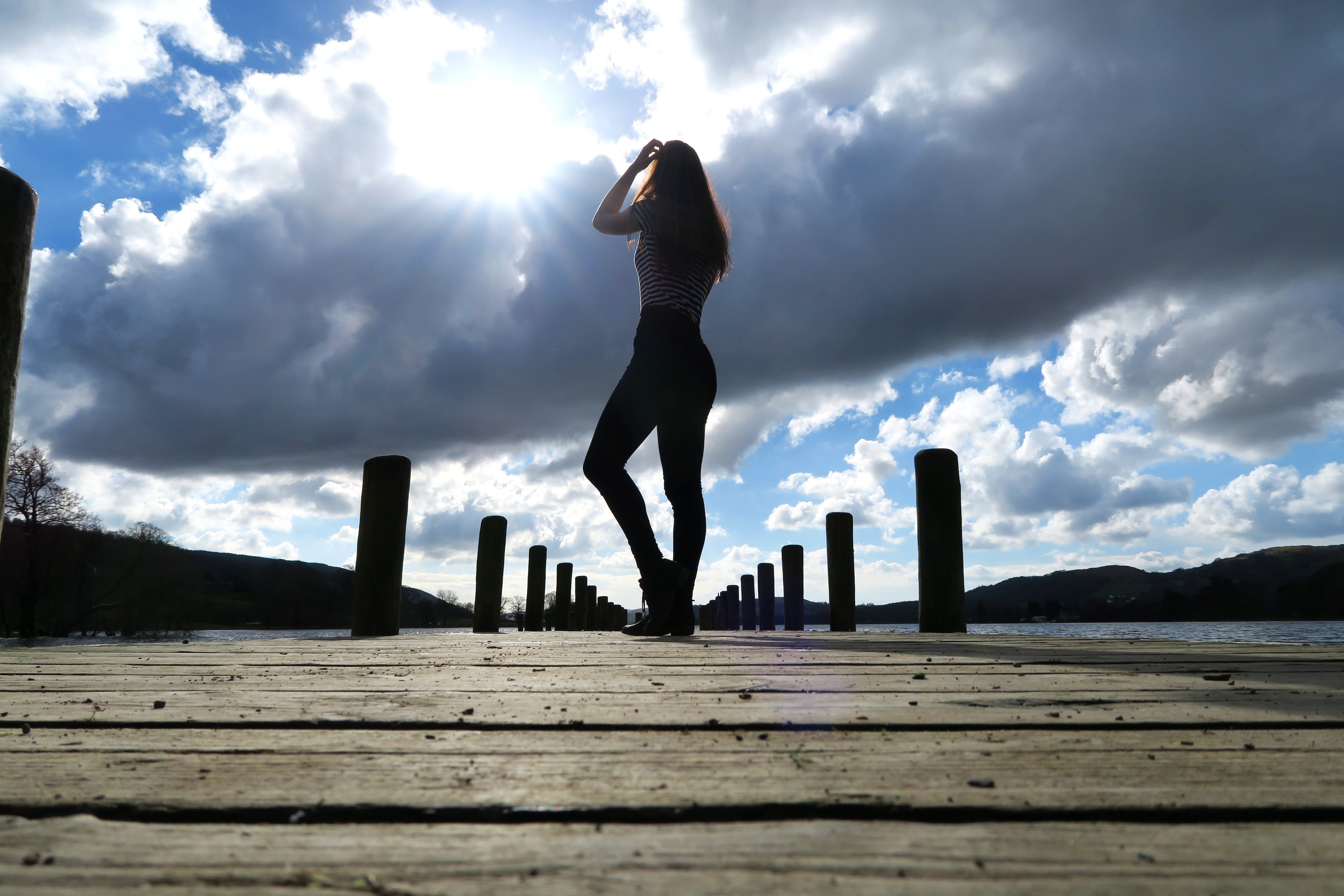 I hardly need any excuse to head to My Favourite Place Ever for a day, but a challenge to pack as much into a day as possible would be a pretty good excuse if I did.  This country bumpkin loves a good roadtrip day out.  Original Source challenged me to #PackMoreIn to a day just like they pack more in to each bottle – a challenge I was willing to accept!  In the past I’ve crammed all sorts into a day – walking in torrential rain (ever faithful waterproof binbag pants come out for that occasion), being pushed in the lake and god knows what else – but this time we took a slightly different approach.

Packing more in doesn’t have to mean non stop action or fitting 62 activities into a day – paying more attention to the little things to make your day just that bit ‘more’.  Just ‘more’.  I’m trying to think of a way to explain it without going all airy fairy.  Enriching your day rather than just filling it maybe?  Quality over quantity?  Probably still not making sense.  Anyway, the Lakes is my go to place for a refreshing day out only an hour from home, so off we popped on a mission to pack more in.  Ever faithful industrial sized flask of coffee in tow, of course, with our usual cameras plus a little action camera I’d been given to document the day. 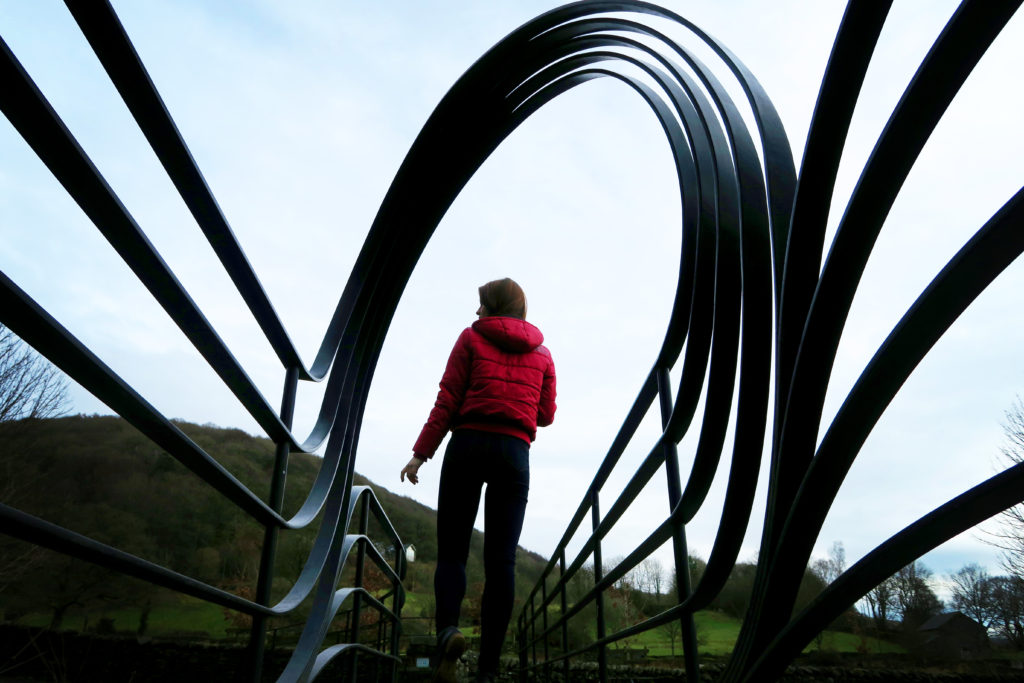 Our first stop was to literally pack ‘more’ in, at one of my favourite Lake District foodie places More? Artisan Bakery.   I could easily have chosen 10 different things from the breakfast options but went for porridge 10x prettier than the ones I do (and usually explode) in the microwave in the mornings.  Luckily it tasted 10x better than exploded porridge too because I’d have been hella jealous of my mum’s bacon and egg sandwich otherwise. 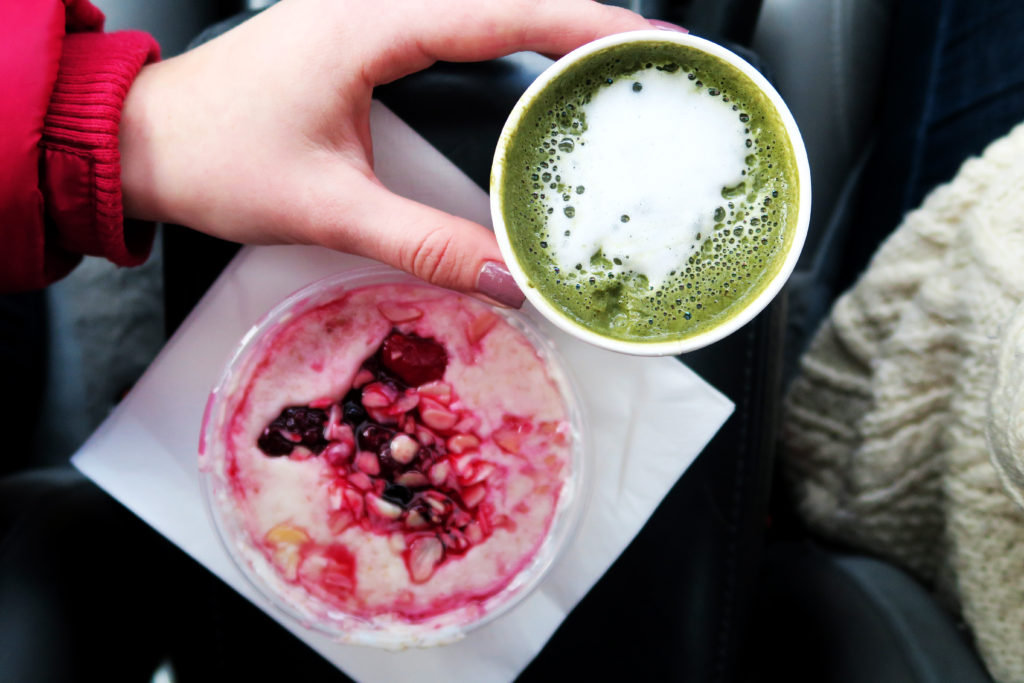 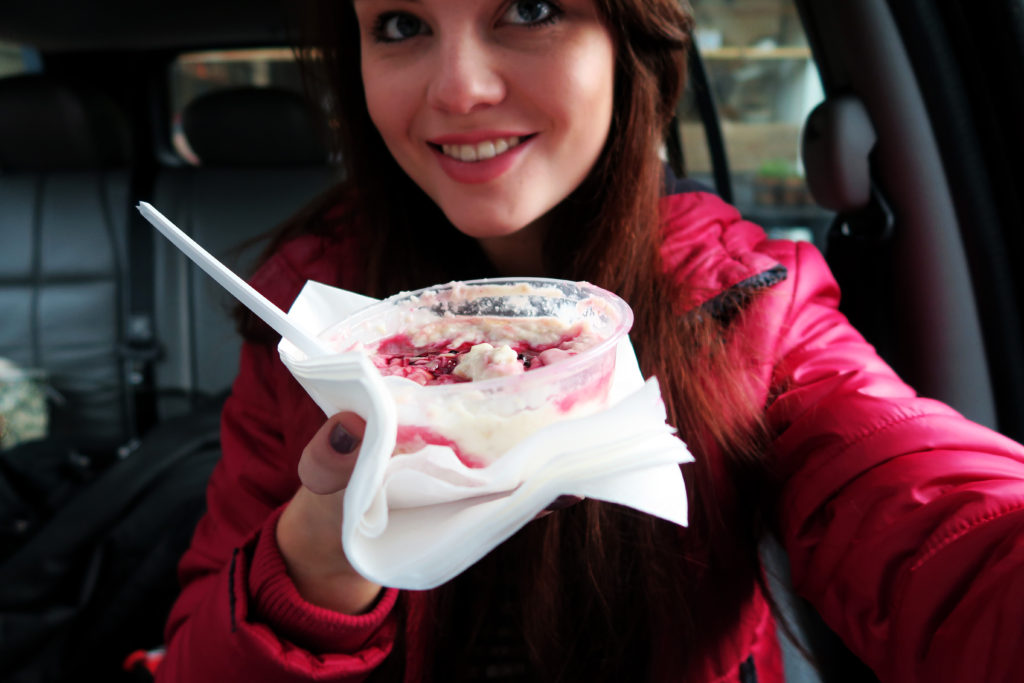 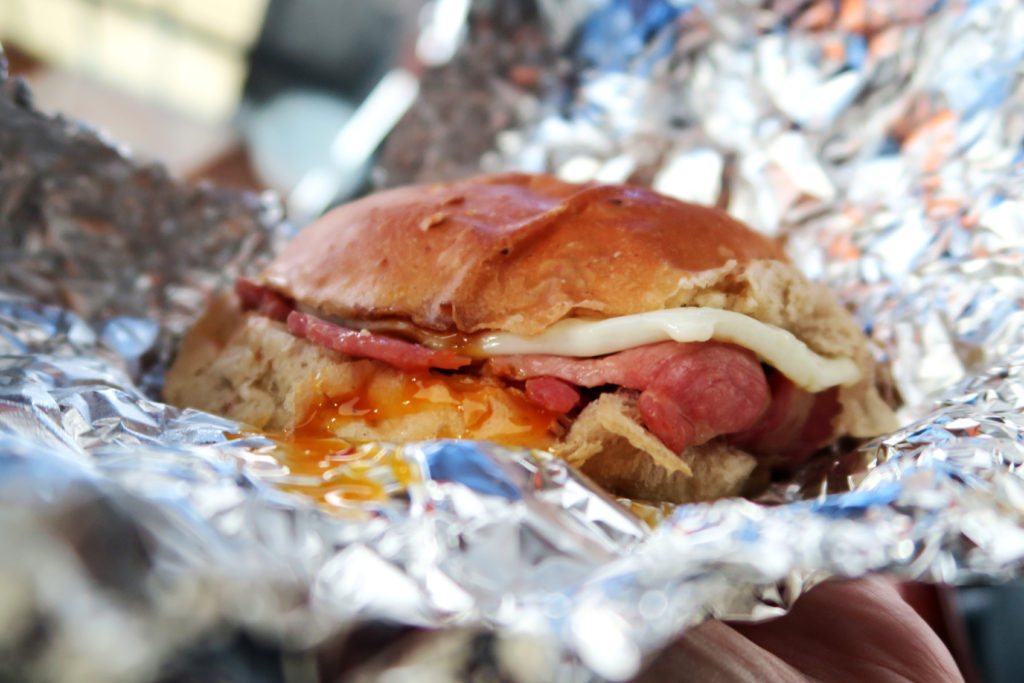 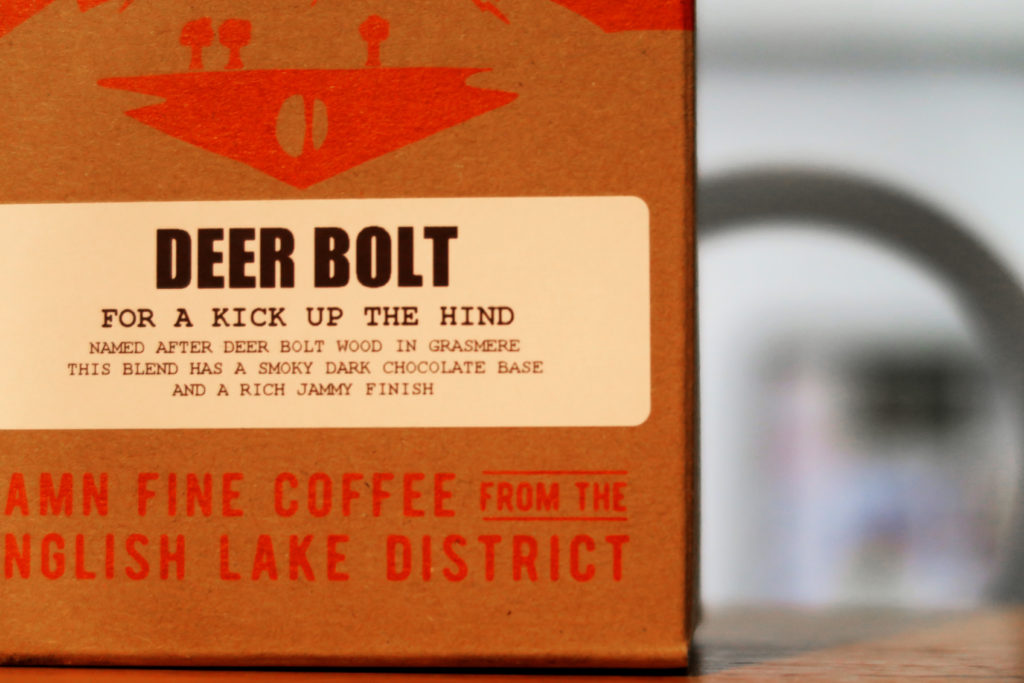 Like I mentioned, packing more in doesn’t require non stop activities – in fact one of the suggestions was to ‘make small talk with strangers’.  I’ve waffled tons of times before about how much I like chatting to strangers (that sounds weird… I’m not a creepy weirdo, promise) so this was something I’d do anyway.  As usual we’d parked up at what’s become affectionately known as Tuna Sandwich Point (everyone’s always they’re with their Tupperware and sandwiches ok, there’s reason behind it) and whilst taking a couple of snaps I got talking to the couple parked up next to us.  We always end up stopping there and I was seeing what magic a zoom lens could work.  They were en route from the south coast to Scotland and had taken the scenic route on day 2 of their journey.  I wish life allowed more time for always taking the scenic route! 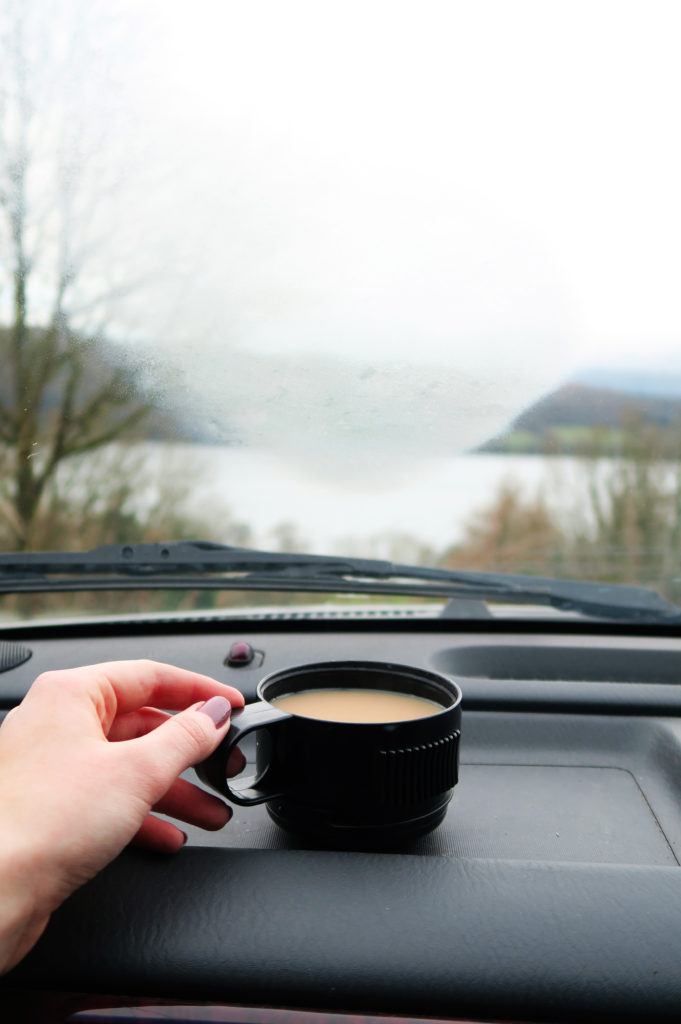 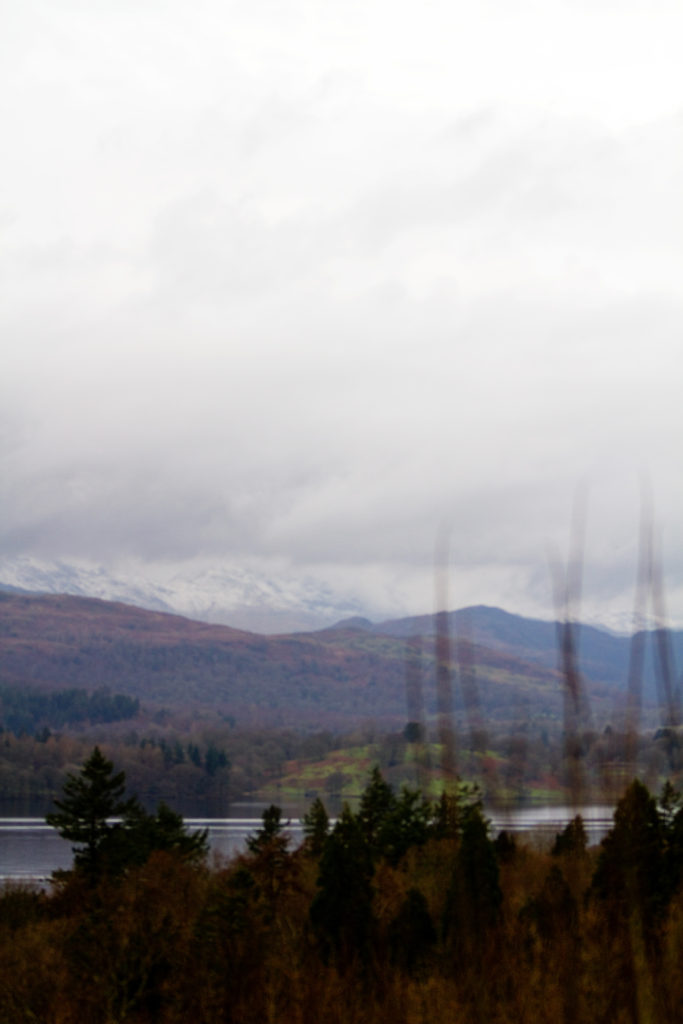 Another suggestion from Original Source was to ‘make an effort to laugh at the small things’, which tbh isn’t something I have to make an effort to do.  Who else starts laughing about something and then finds themselves having a laughing fit and unable to speak?  Yup.  Swear I look like I’ve got the crazies and the ridiculousness just makes me laugh more.  And that’s when I’m sober.  Should see giddy kipper drunk Lily!  I can vaguely remember what had us in hysterics on this day but it wouldn’t even be funny to write down.  Hence the ridiculousness. 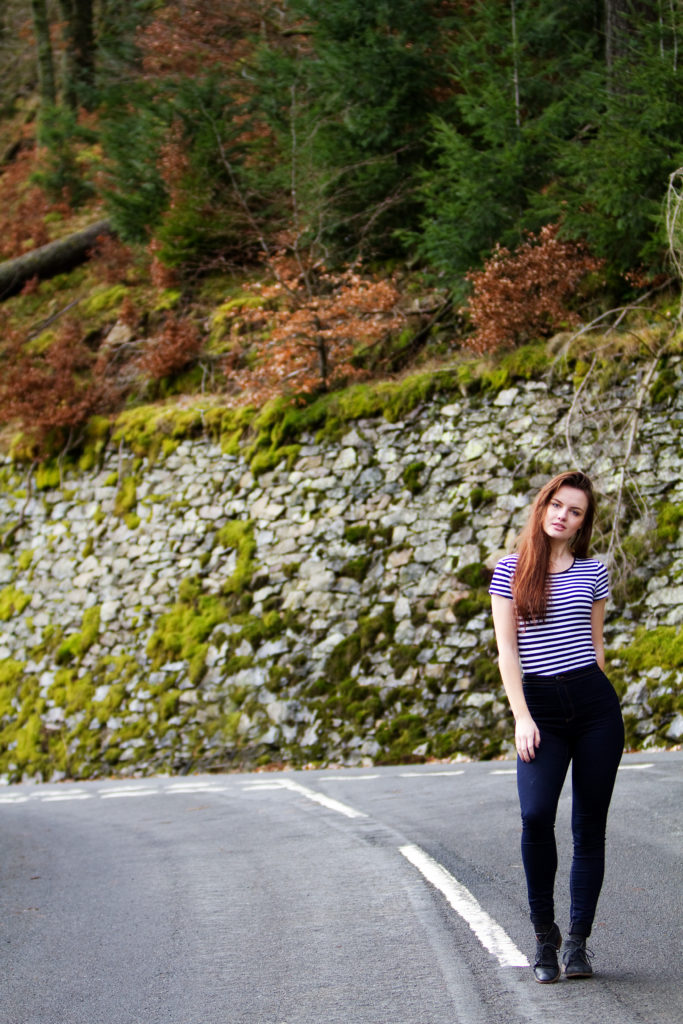 After talking to strangers and laughing fits (not at the same time – would definitely have scared the strangers from ever returning to the Lakes) we headed for a drive around Thirlmere.  We’d hoped to be able to go for a short walk around here as it’s one of the Lake District places I don’t know too well, but unfortunately the damage done by silly old Storm Desmond meant the footpaths were still closed.  Had to make do with taking photos of trees and sitting on the wall dammit.  Walking along the road didn’t hold much appeal! 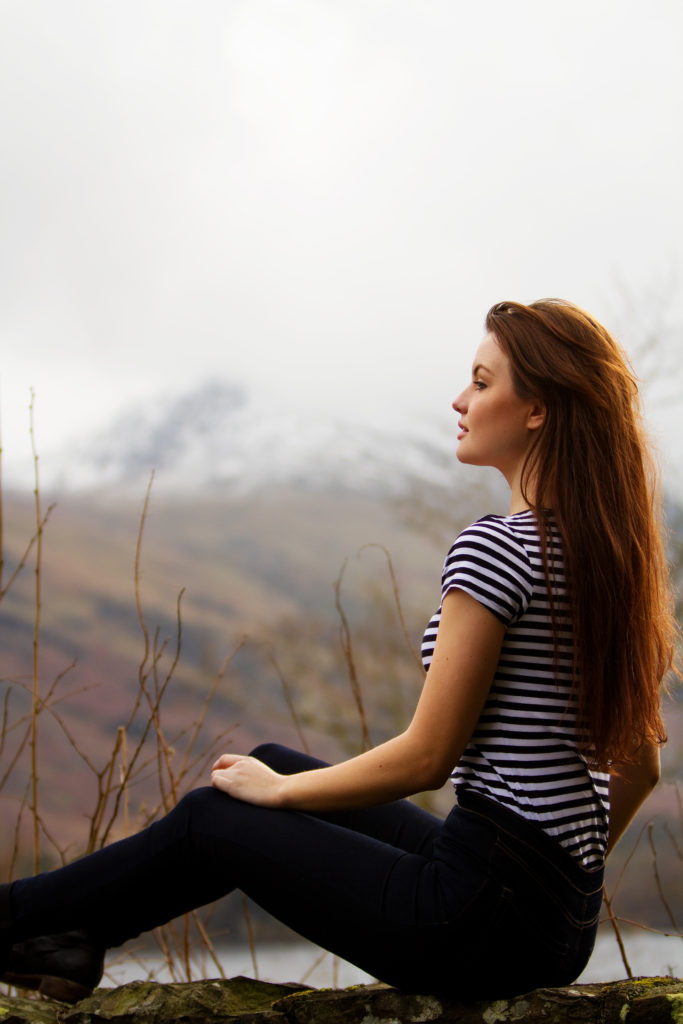 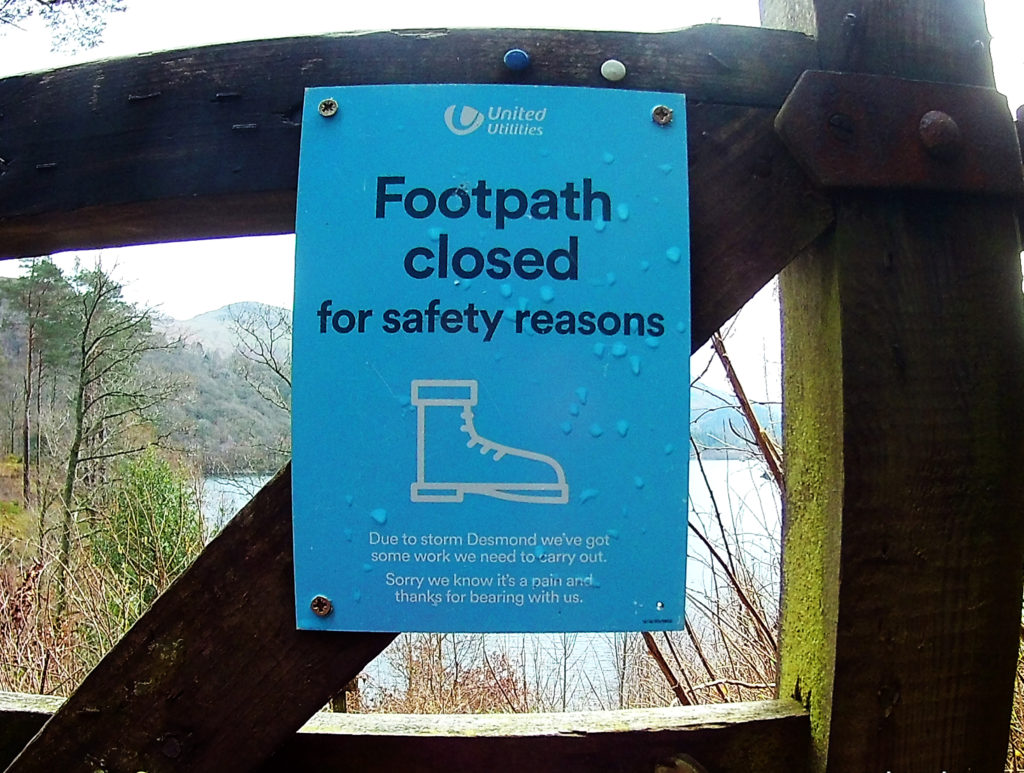 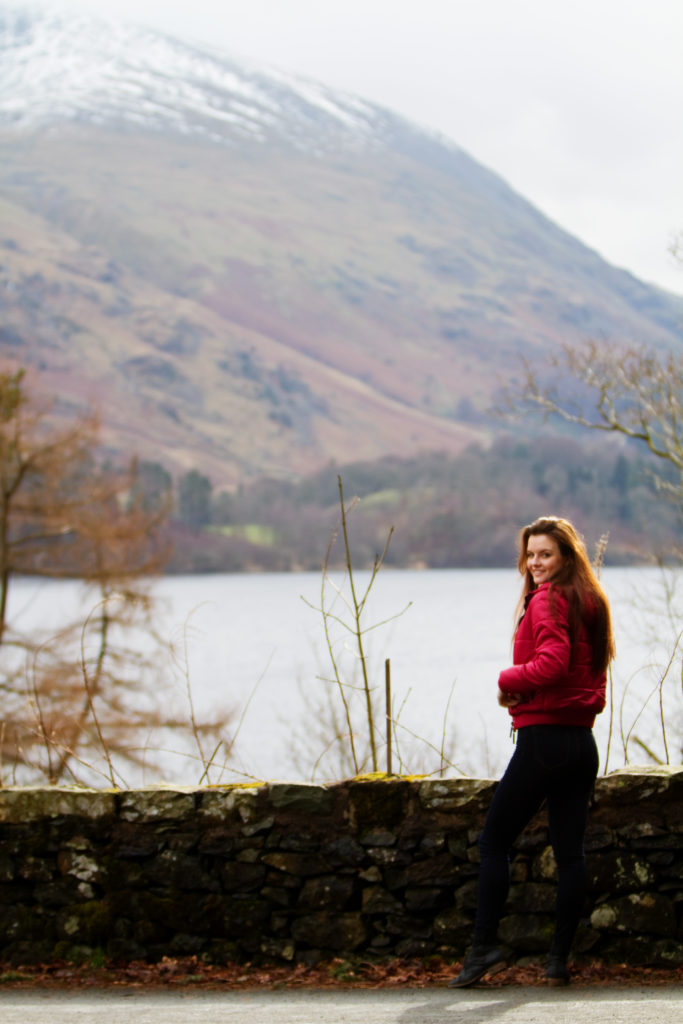 Now’s probably the time to ask you which numpty didn’t realise the camera was set to show the date and time, and not even the correct date and time?  Oh yeah.  Cue some creative cropping and use of the clone tool.  That slick blogger life. 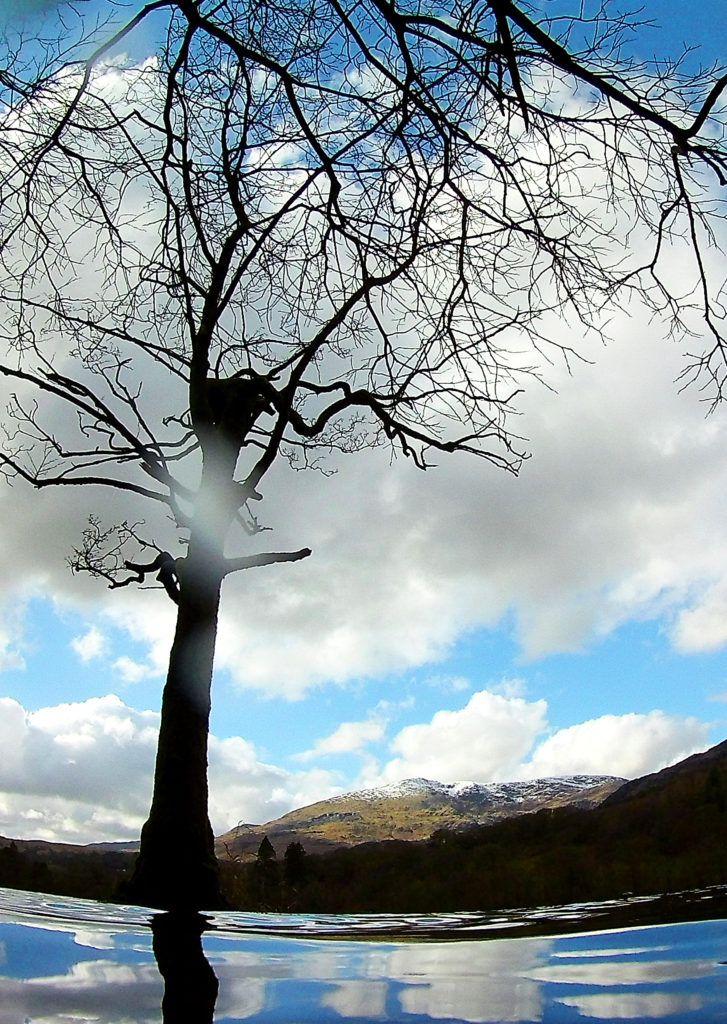 Of course a Lakes daytrip wouldn’t be complete without a stop at good old Monk Coniston jetty.  Another ‘park up and eat snacks’ favourite since the days of paddling in the lake in Crocs.  By some miracle we’d been blessed with blue skies and a hint of warmth by this point, so obviously I had to make the most of it! 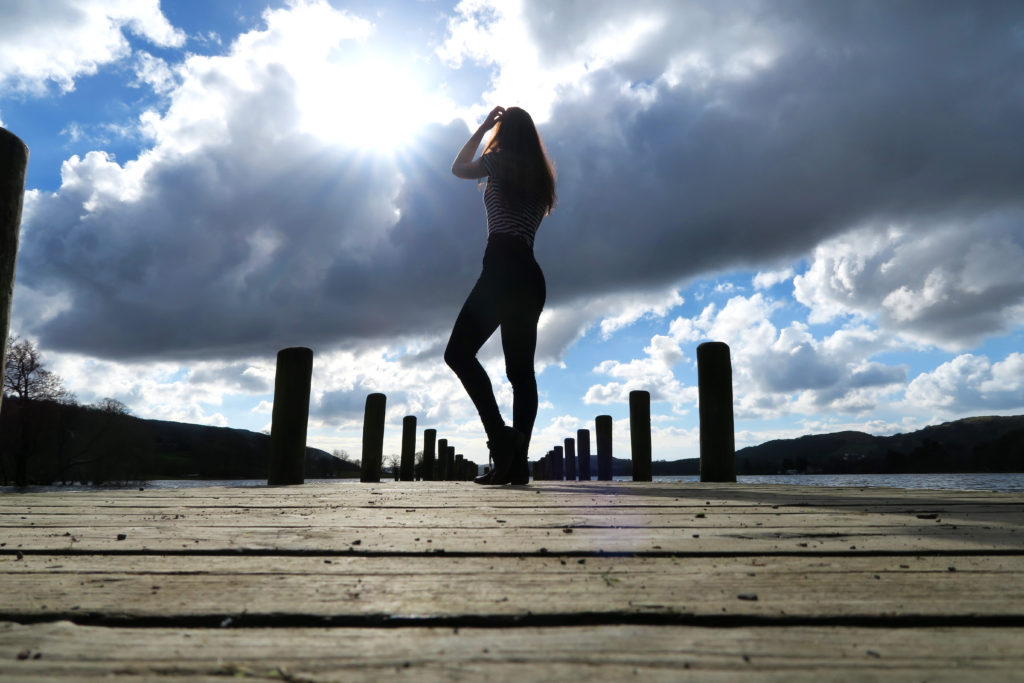 The rest of our day followed a similar tone, ie. taking the long way home, stopping for food and coffee refills and taking photos out the window.  Enjoying the journey rather than rushing from A to B kind of thing. 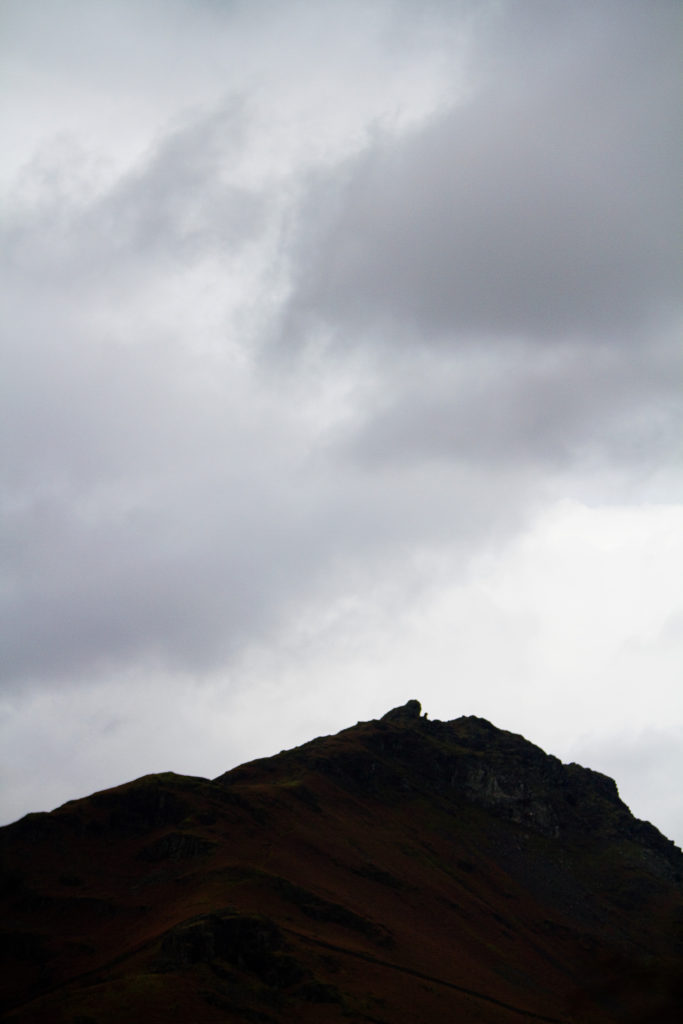 Of course the #PackMoreIn thing started with the shower gel I’ll end with my attempts to be an arty so and so and take blog photos in the shower.  Now that’s one I haven’t done before.  I rarely have baths and do really enjoy my showers though – it’s cool having a window in the roof above your shower!  Especially when it’s stormy out and you can feel cold wind and hot water at the same time.  Much fun. 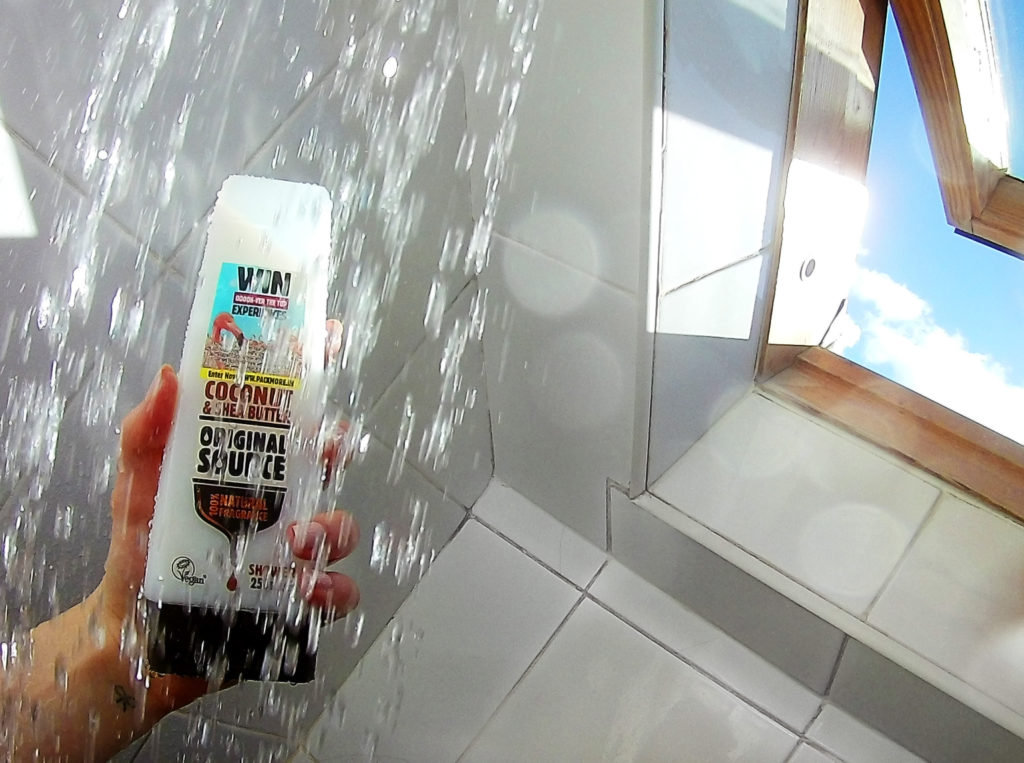 This post is not sponsored but camera was provided by Original Source.