Bigging Up the Hometown | Things To Do and Eat in Preston 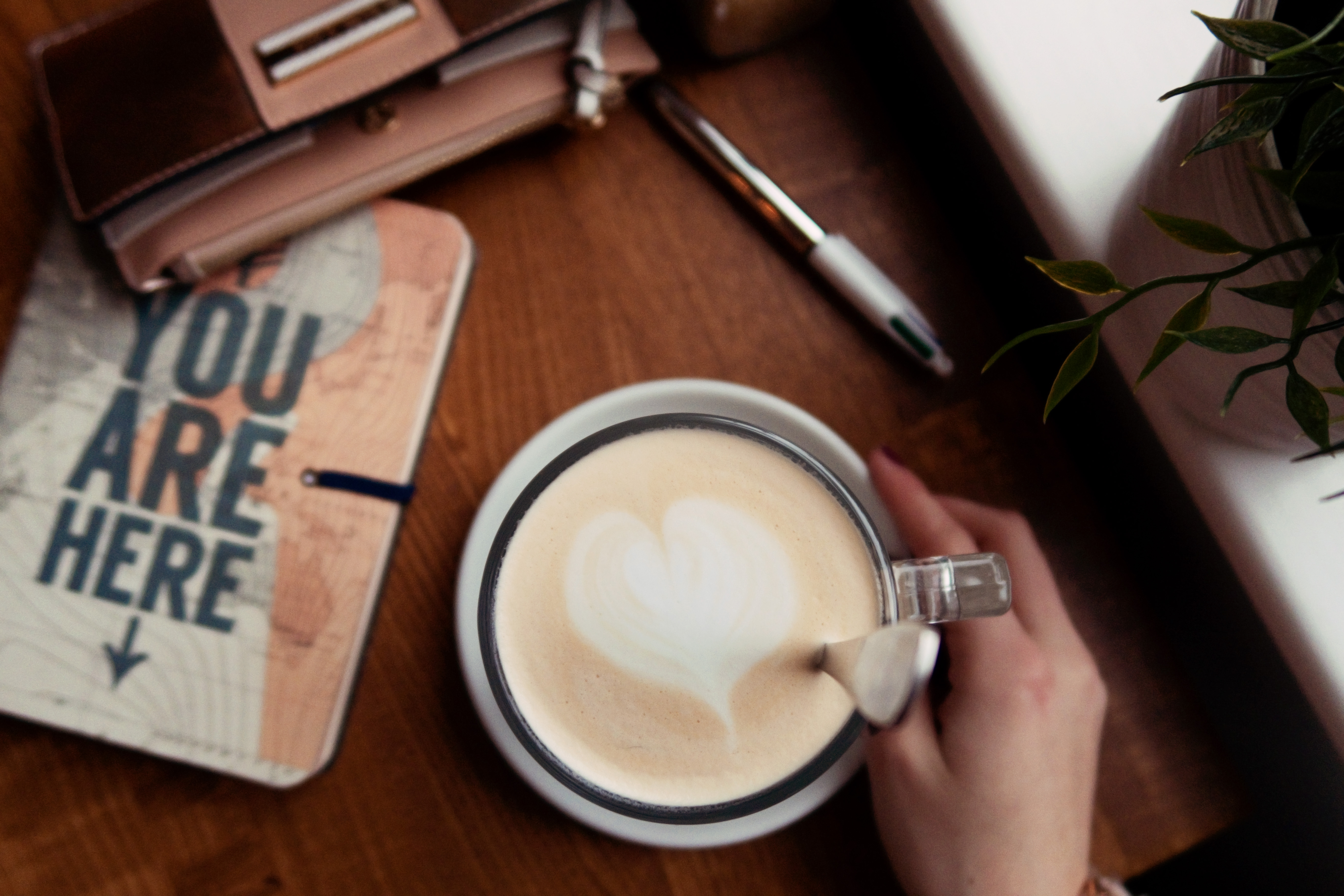 Howdy.  So much as I like to share exotic places far and wide on this blog (and defo would if I could erm, go to new places every week) I’d like to keep it a bit more real and share cool new things closer to home too.  Much closer to home, so in Preston to be specific.  This delightful little city in Lancashire.  Interpret that with whatever sarcasm you wish.  Mine depends on the day.  Fellow Prestonians (feel like I’m writing for the Evening Post using that term) will know that a fair bit has been done to revamp Preston over the past few years and tart it up a bit, and it’s nice to see new things popping up here and there too.  We all know there’s nothing wrong with playing tourist in your hometown and there’s no place you’re better equipped to write about, so I’ve put together a little selection of foodie places, shops and a band to big up P town today. 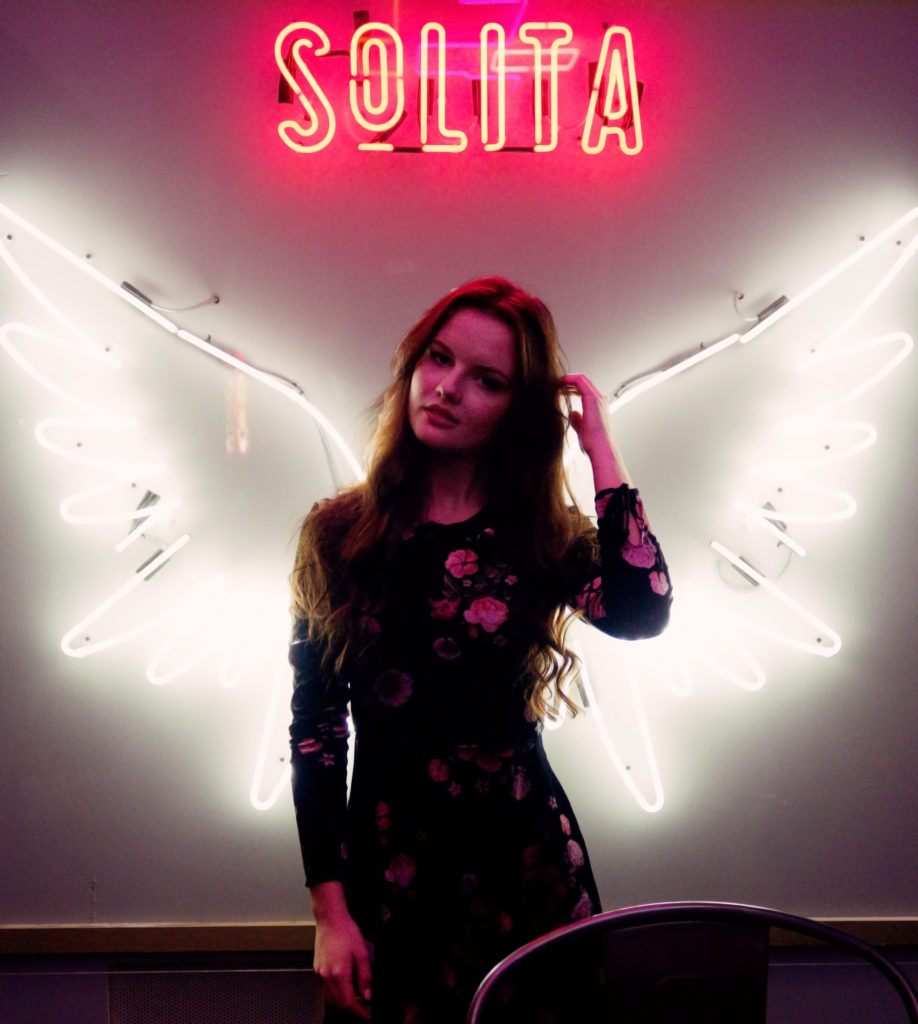 Last week was good to me food-wise!  I was kindly invited along to the launch of the private dining area at Solita Bar & Grill, and enjoy all that food I did.  Think burgers, ribs, deep fried ALL THE THINGS, nachos, fries loaded x10, you get the idea…  Much sexy foodie goodness.  Solita’s new(ish) to Preston but its Manchester counterparts have reached burger fame already and you can see why. 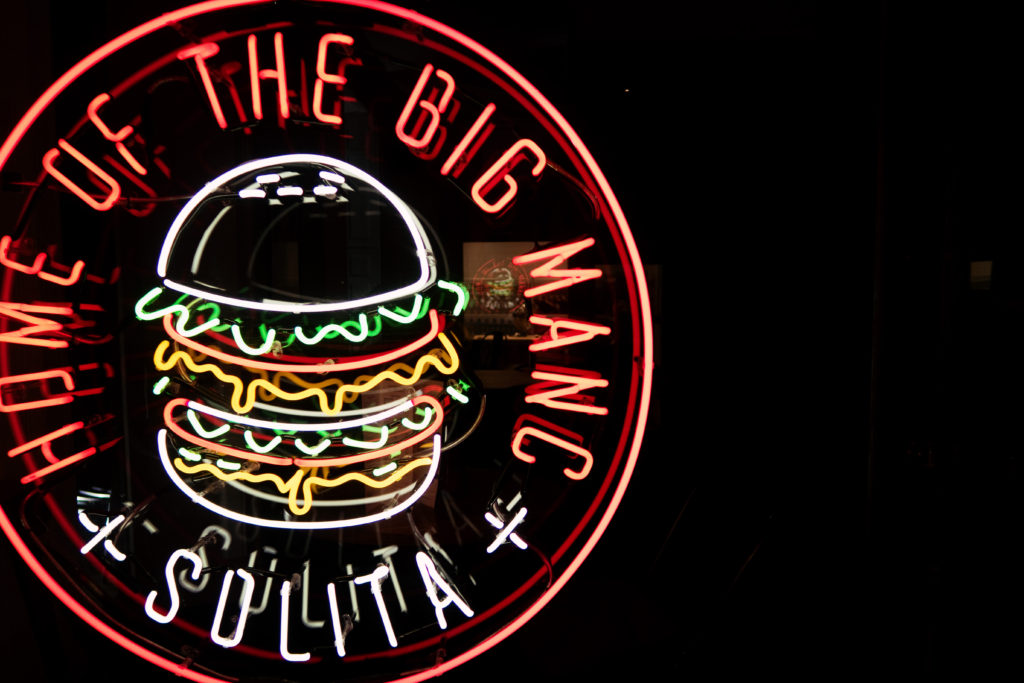 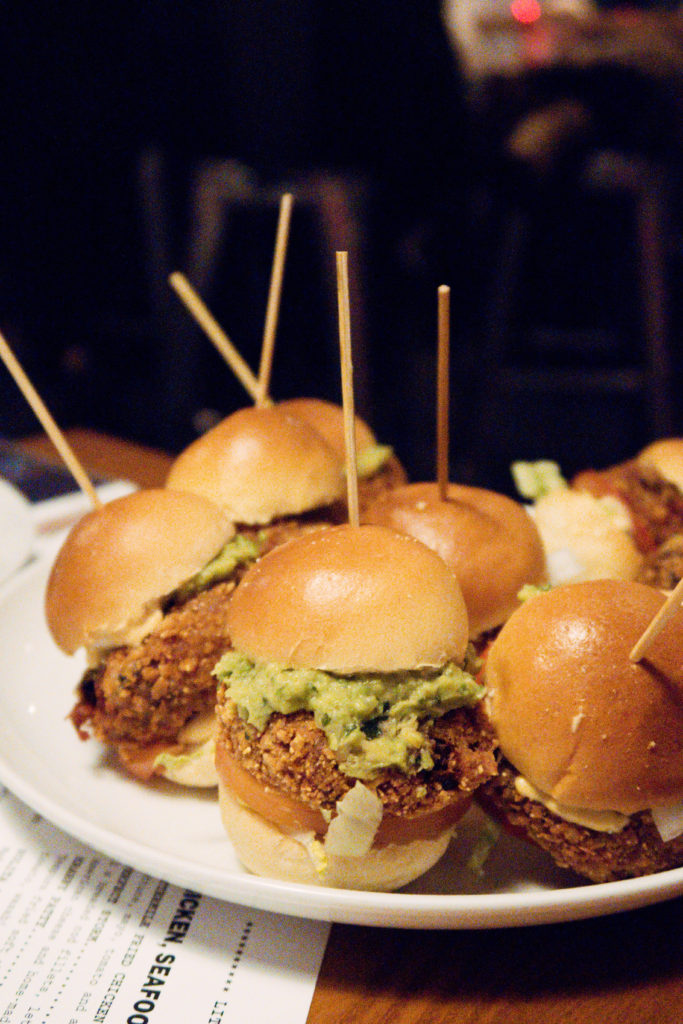 So yeah, they definitely go to town on the meats but have vegan and veggie options too.  Gotta look after everyone!  We tried bean burgers… deep fried mac’n’cheese balls… deep fried cookie dough balls… halloumi bites… sticky ribs in a bunch of different sauces…(healthy food is coming later promise).  If I can have a selection of everything on the menu in miniature form every time I go to a restaurant, then that would be great!  Not the place to wear a white dress or tight clothes and for once I was actually sensible and wore black.  Would like a round of applause for that please. 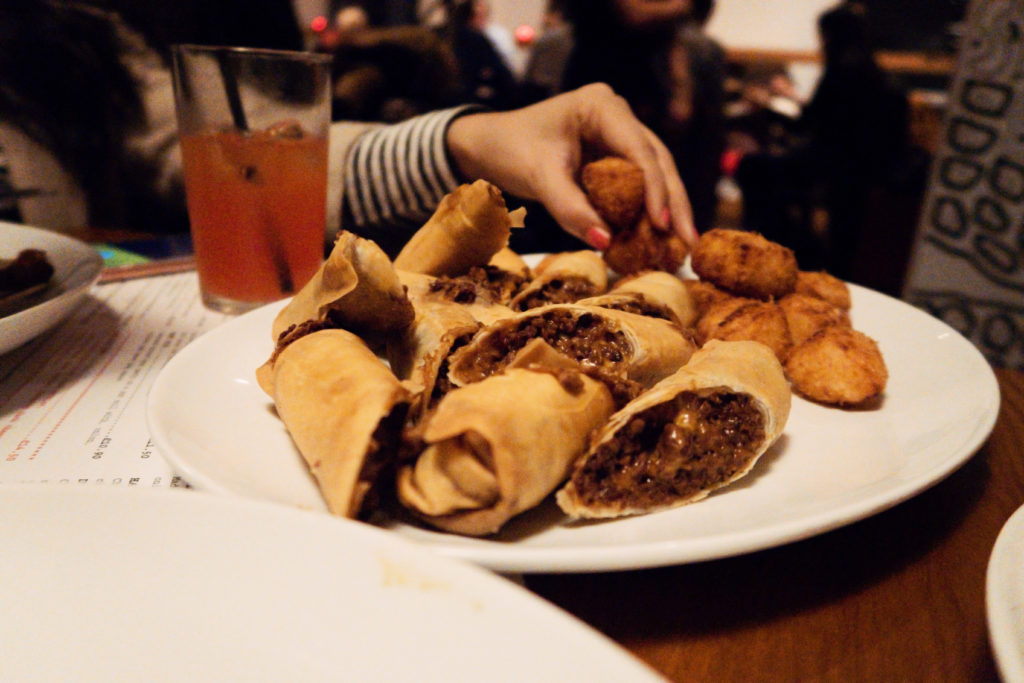 Of course any event is a fab excuse to catch up with local bloggy ladies too. Claire, Sarah, me and all our +1s squished our bottoms around a booth and got stuck in.  Also possibly drank too much rose but never mind that.  Like Claire said, it’s nice to have an event actually based in Preston for a change, considering the last one a couple of years ago only us two turned up haha. 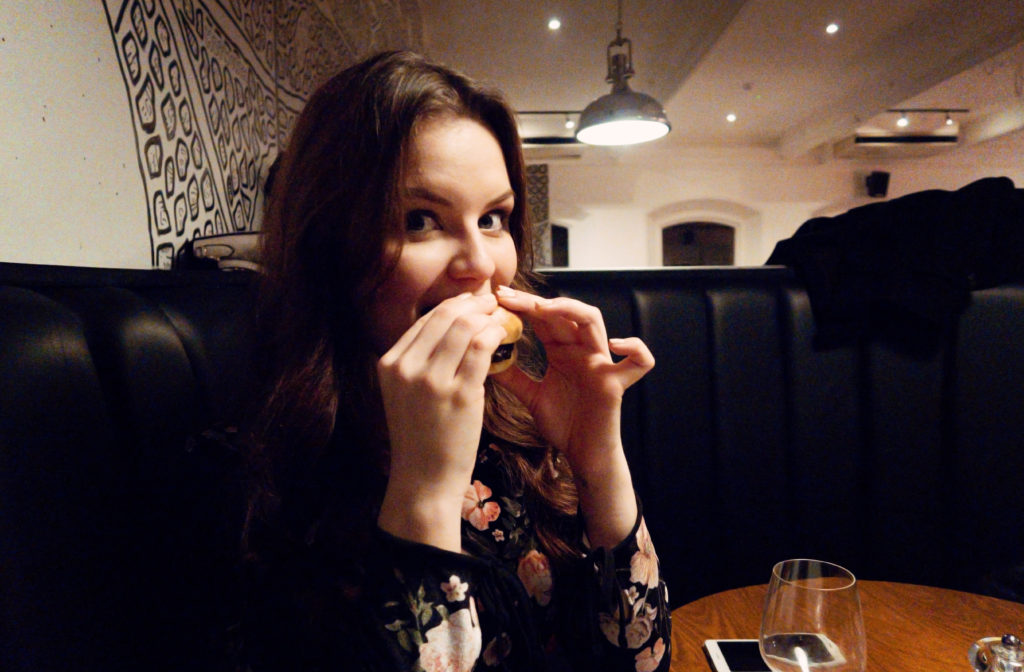 Going back a couple of months now but I went along to The Empire Police‘s new EP launch in January and thought they were definitely worth a mention!  I’m not going to pretend to be a music blogger and go into comparisons and descriptions and whatnot because I’ll just make a tit of myself.   George is not a complete stranger to Joli House (find his antics here and here) but I thought his and the boys talents were showcased.  I’ve actually used The Empire Police’s tracks in my YouTube videos a couple of times, and can say they sound as good live as online.  They’re playing in the Last Band Standing final at The Ferret on the 15th of April if indie rock is your kind of thing! 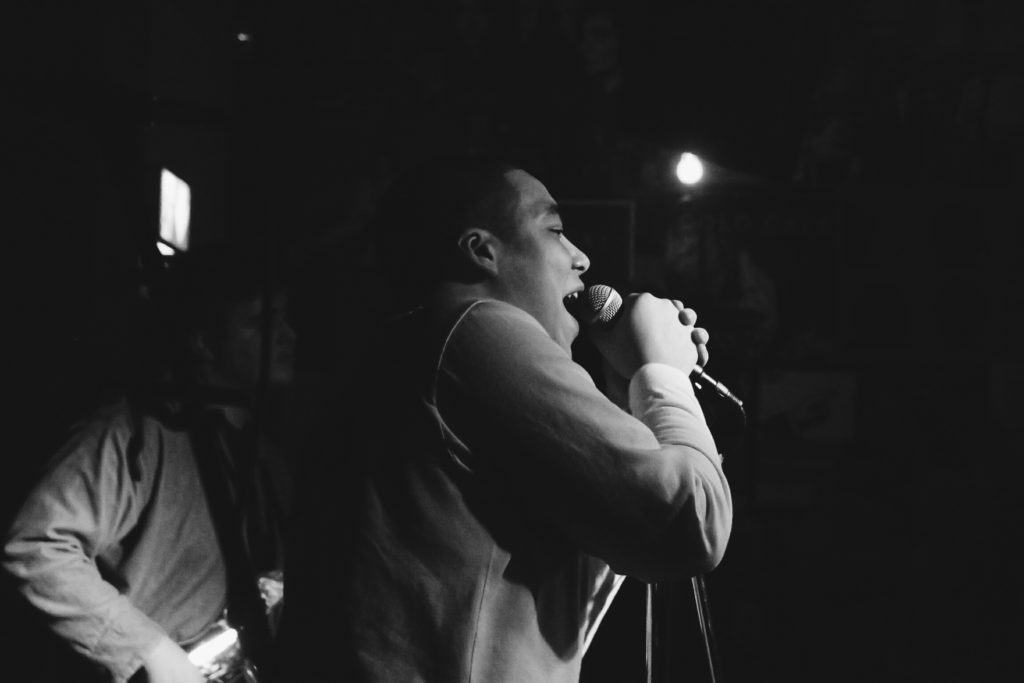 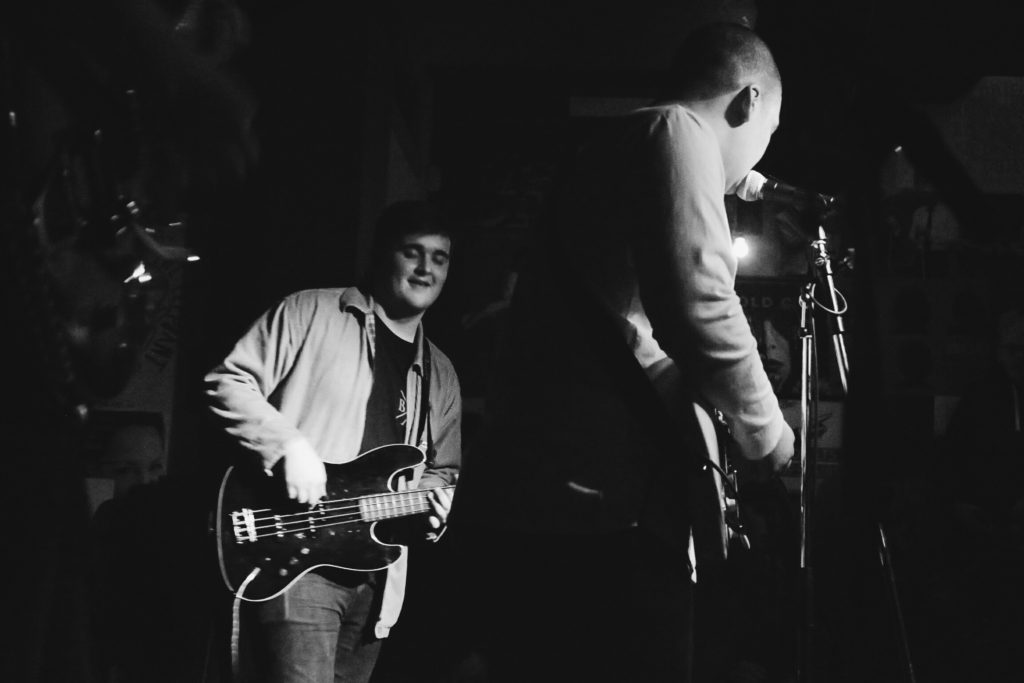 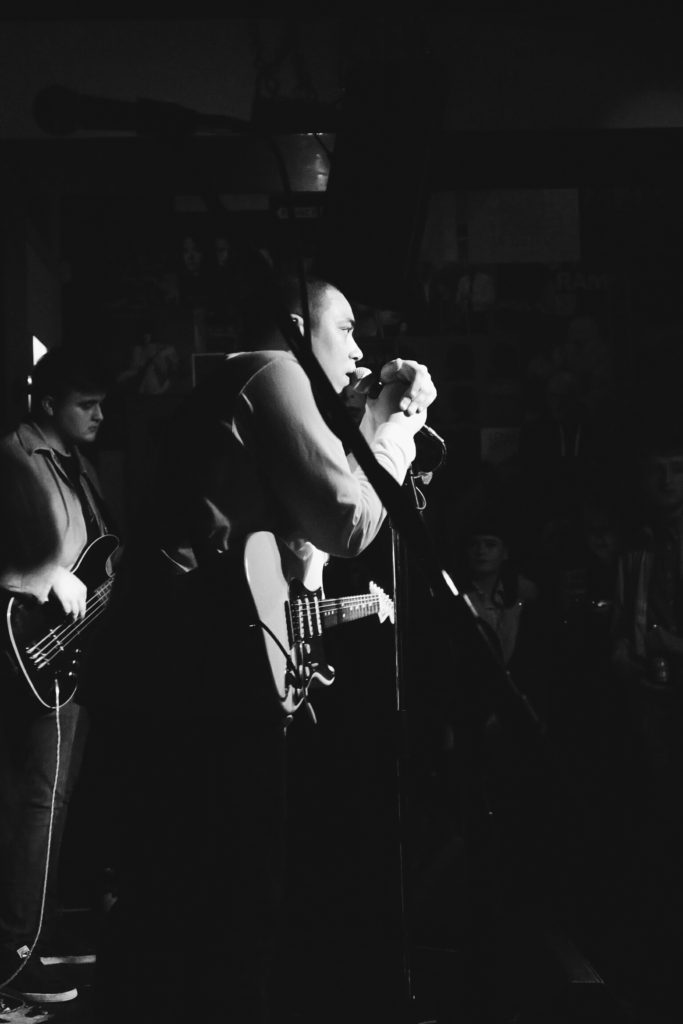 Healthy food, as promised!  This one isn’t exactly brand new, but The Health Shack has been in Preston for under a year if I remember rightly.  It makes me happy to see more healthy options that don’t just involve choosing the caesar salad from a cafe menu or picking up a pathetic bowl of leaves and raw veg – I like my meals healthy but hearty and The Health Shack offers exactly that.  Fills you up but does your body good at the same time, what’s not to like.  If you’re in Preston and haven’t checked it out already, I’d highly recommend next time you’re hungry! 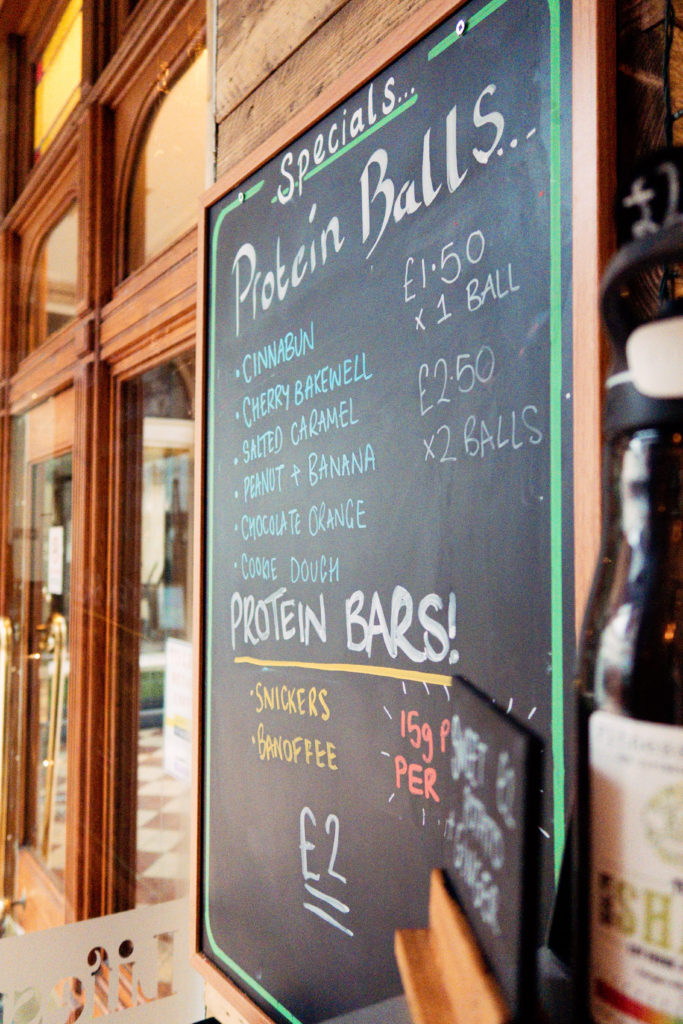 I didn’t manage to get many photos because I popped in on a weekday lunchtime when everyone and their mother (or y’know, friend or something) also popped in for lunch, so you’ll have to take my word.  I had the small lunch box and protein ball meal deal and damn the salted caramel protein balls were good. 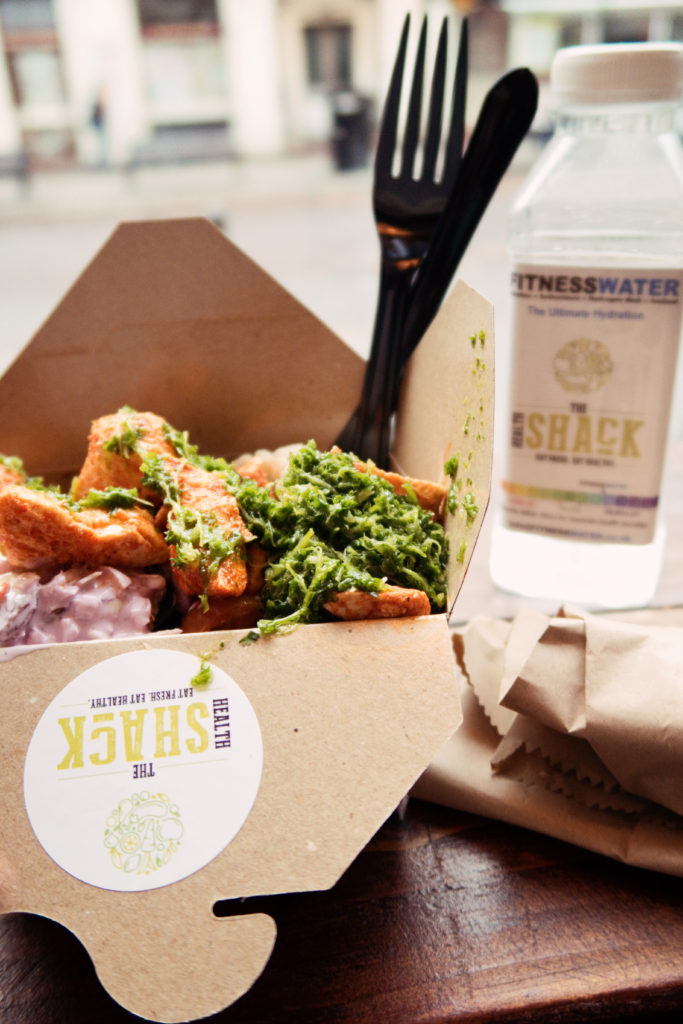 Here’s a random snap of Miller Arcade (where the Health Shack is), because it’s somewhat photogenic if you ignore the Subway sign. 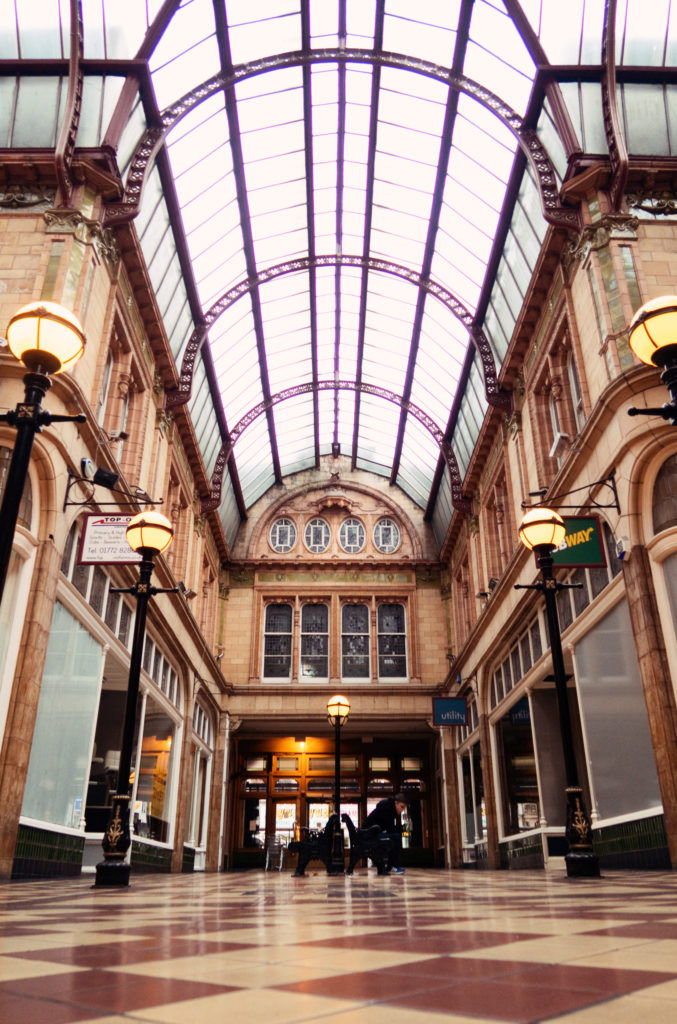 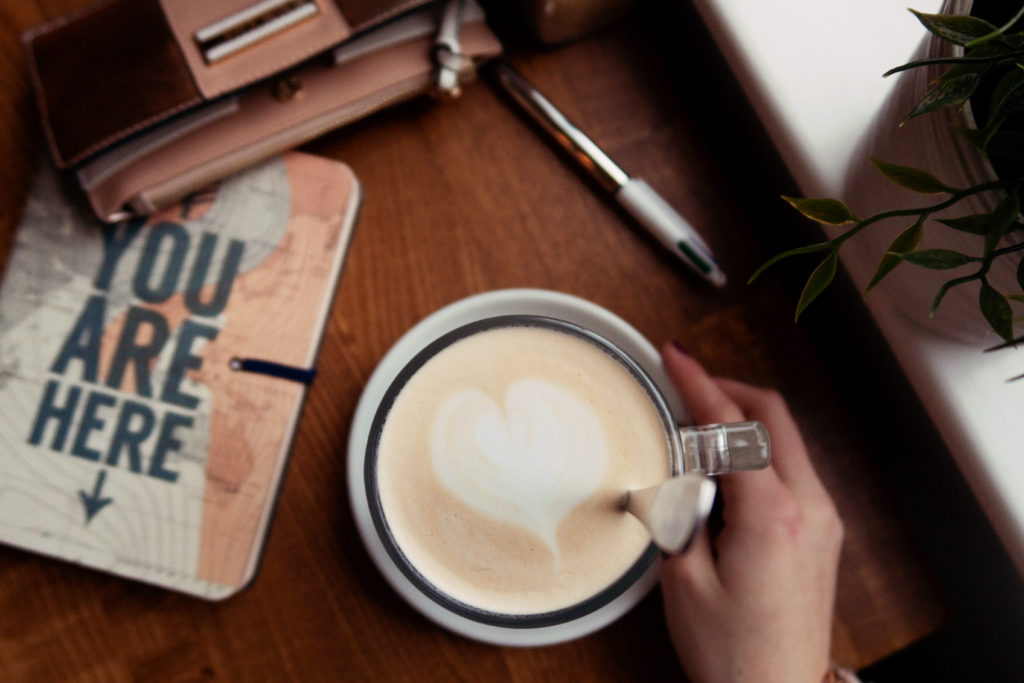 Welcome to my current favourite ‘grab a coffee and park my backside for hours in an attempt to be productive’ location.  Sometimes your desk at home just doesn’t cut it and you gotta relocate.  Places with good vibes get the creative juices flowing.  Helps if the coffee’s flowing too of course.  Town House Coffee and Brew Bar is clearly designed with Instagrammabiliity in mind, but doesn’t give you piddly tiny cups of coffee.  Lots of places seem to do that these days, so I’m hunting down those with the generous servings! 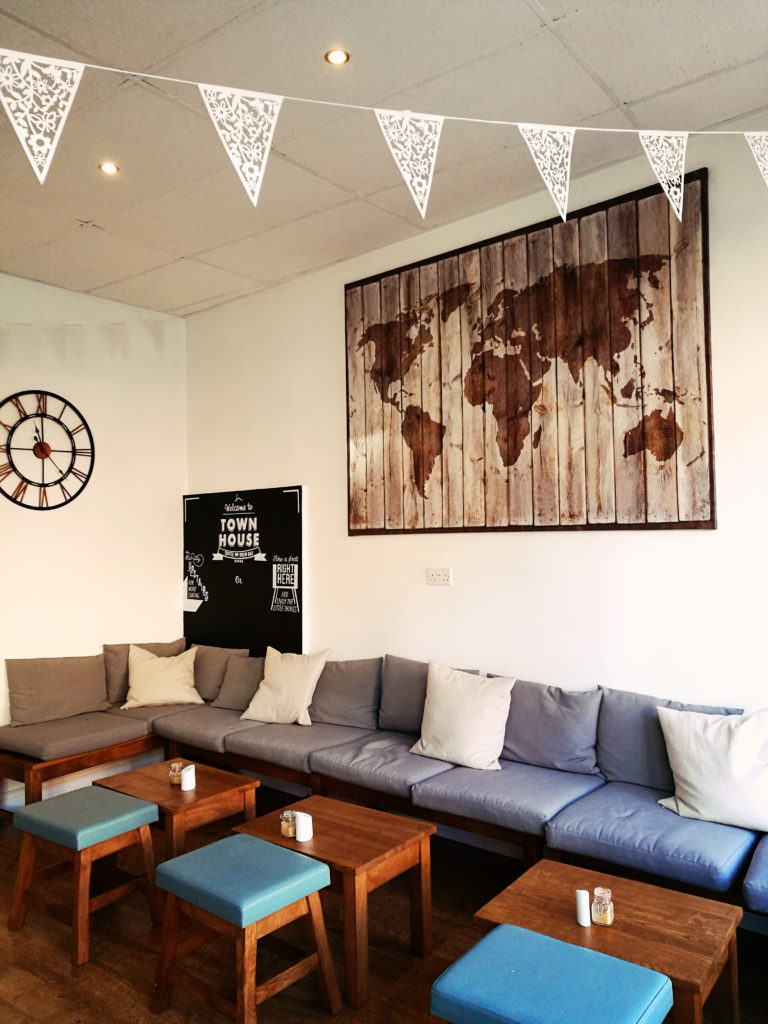 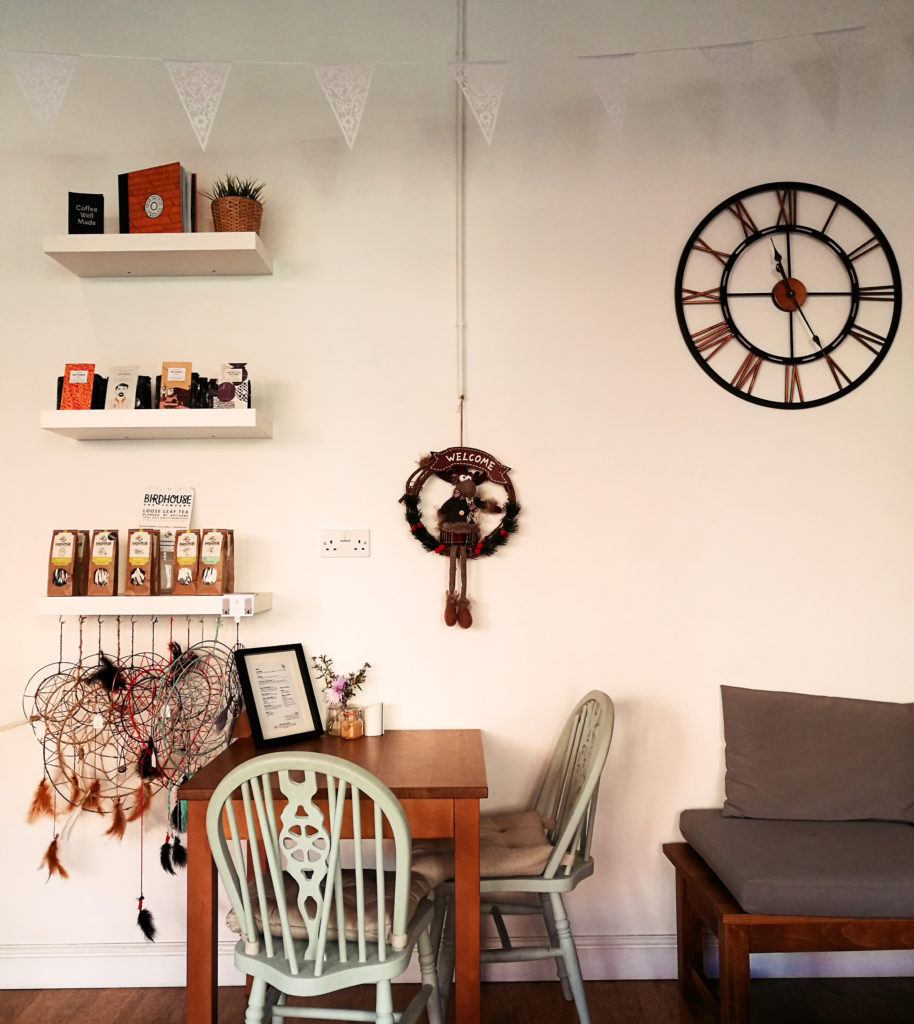 Not gonna lie, I’ve only nipped in here briefly a couple of times, but I’ve seen at least 62 items I love on each occasion so I think it’s ok.  Lovisa is an Australian brand with some hella pretty stuff, and I could have easily walked out with 10 pairs of earrings had I not remembered the fact that I seem to hoard earrings yet forget to wear them.  Self restraint exercised carefully.  Especially considering I made a beeline for the rose gold wall because I’m the biggest walking cliché you ever did see.  New place to go for cute bits and bobs, people. 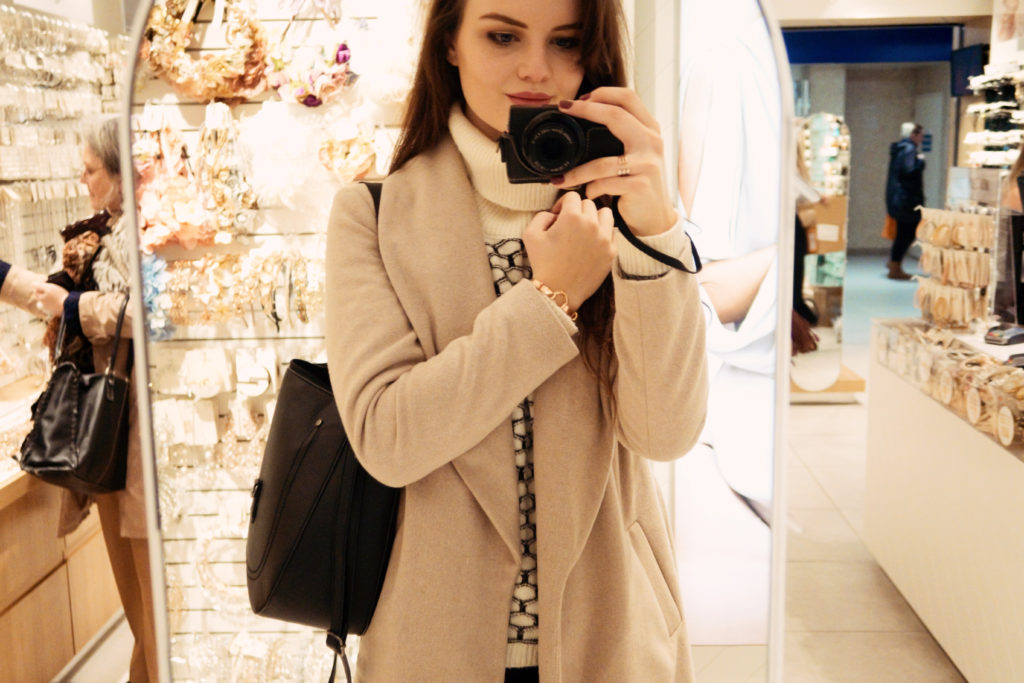 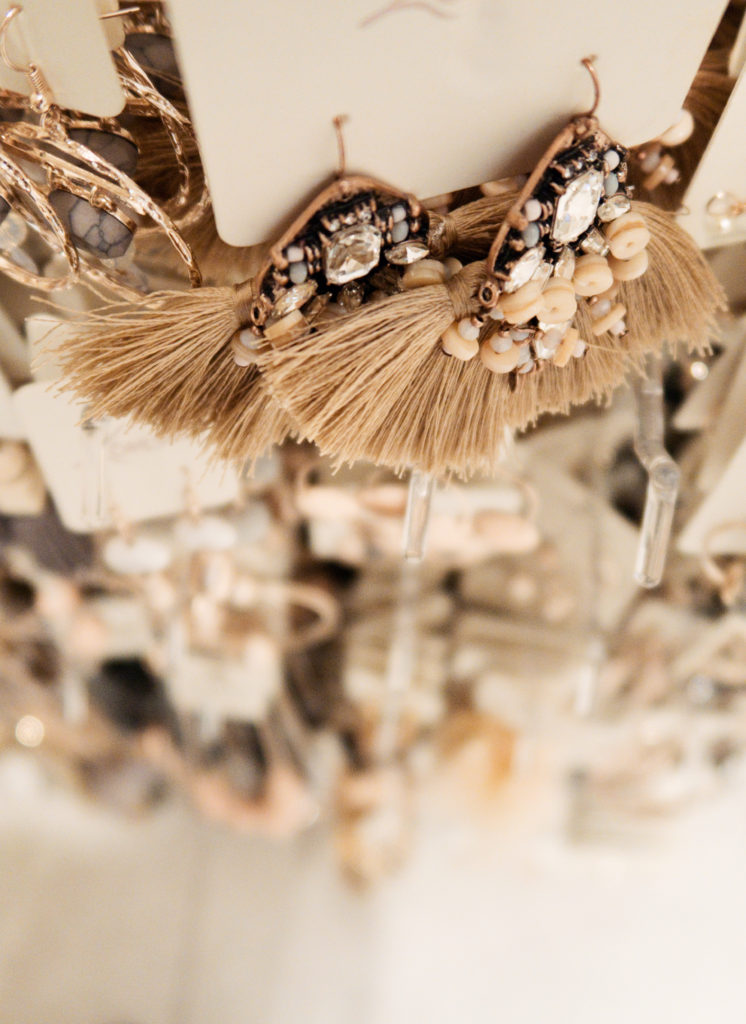 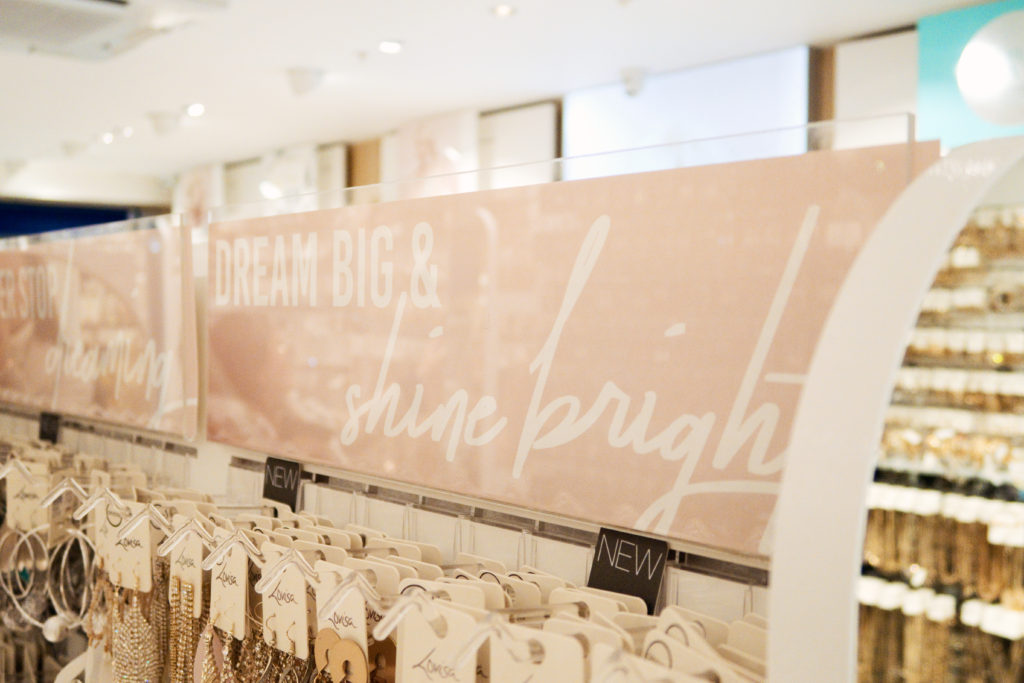 Now I’m aware that new happenings in a small Northern city is probably totally irrelevant to anyone outside Lancashire, but hey ho.  I’m off to both Rome and Lisbon next week so travel posts from further afield to come!  After I’ve nipped into town for last minute bits and bobs and probably got sidetracked by the rose gold wall again, that is.