About time for a Get To Know Me don’t you think?  I’ve been blogging for over a year now and realised I’m yet to share my own version.  Nearly every post of mine includes snippets about me and my life, but I thought I’d compile a list of even more random information that nobody needs to know.  That’s what blogs are about, right?

Without further ado, 24 facts about me!

I’m definitely a morning person.  My body clock counts 8am as a lie in and I like getting up at 5:30.  Crazy, I know!

I feel most confident/myself in feminine but edgy(ish) outfits.  The OOTD can really make or break the day, ok?  In anything too cutesy, garish, overdressed or underdressed I don’t feel quite ‘me’.  Superficial I know, but a classic or slightly quirky outfit is a mini confidence boost for the day.  Maybe explains all this black I’m currently wearing. 🙂  ‘Personal style’ is a difficult one to define, but I think I’m slowly getting there in developing an idea of what suits me and my personality best.

I’m not as musical as I’d like to be.  Hence the lack of playlist posts on here!  My music taste is about as varied as it gets, but I’m not usually one to obsess over bands.  My musical talents don’t extend very far either: I attempted self-taught keyboard practice a few years ago and played the recorder in primary school (didn’t we all?) but nothing more.

I’m the world’s least fussy eater.   Only olives and raw celery are on my list of foods I refuse to eat.  Drinks-wise I’m a tad pickier; I don’t care for many fizzy drinks which I suppose is a bonus where health is concerned!  Never had to deprive myself a can of coke because I don’t even like the stuff anyway.  I do actually enjoy/prefer healthy foods (with many, many exceptions obvs) so 5 a day is never any struggle.

I’ve danced ballet, tap and modern since I was 3.  And am still at the same dance school too!  I love our dancing family to pieces and have soooo many funny memories.  We’ve just started practicing for our next show which will also be my last – every 2 years since I was a teeny weeny one.

Despite nearly 14 years of dancing, I have appalling balance and an ability to trip over thin air.  Yep.  Forever glaring accusingly at the pavement for sending me flying.

I barely watch TV.  Embarrassingly, I don’t think I actually know how to work the telly in my house, it’s such a rare occasion I watch anything.  Internets all the way.  It’s by far my biggest time suck, although I spend lots of said lost time talking to you guys so it isn’t wasted at all!

I’m not an awkward person.  Awkwardness is one of those stages I’ll do anything to avoid, but in general I’m a very chatty person so the problem doesn’t often arise.  If being the first one to start conversations or say hi is what’s required, then I’m more than happy to do it.  ‘Awkward moments’ usually just make me laugh too, which is one way round it I guess!

I don’t have any nicknames.  Unless we’re counting long abandoned baby ones that is, and the odd time someone has called me ‘Lils’, of which I’m not a fan!  I’m happy sticking with my real name.

I’m strangely flexible.  As in, I can pull my left arm all the way behind my head and my thumbs bend back 90 degrees haha.  Kinda odd!

The subjects I’m studying now have interested me since I was tiny.  As a kid I made all manner of crafty things (textiles), read diary style books set hundreds of years ago (history), liked doing sudokus and similar puzzles (maths) and had a kiddie’s telescope that I *tried* looking at stars with (physics).  Now that does make me sound realllyyy geeky haha. I wasn’t interested in maths or physics per se; just now I noticed some similarities looking back.  I reckon you can predict a fair amount about a someone from their interests as a wee one. 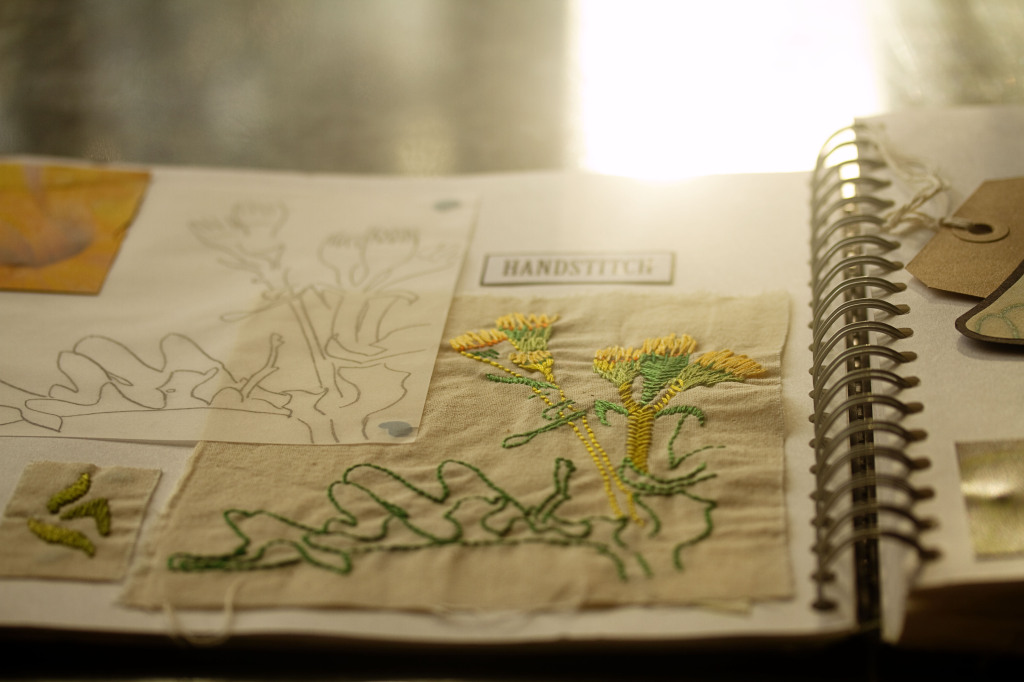 My favourite films are all about time travel.  Loosely related, anyway.  My favourite three are About Time (Katie wrote a fabulous post about this film here), The Curious Case of Benjamin Button, and Sliding Doors.  All films I could watch time and time again (lol).  Complete coincidence that all involve some element of time warping, seeing as what I like about them is the believable, borderline relatable, style.  I’m all for a bit of excitement and fantasy in a movie, but it’s the down to earth ones that I re-watch over and over.  If they make me laugh is an added bonus. 🙂  I haven’t yet seen The Time Traveller’s Wife though, so maybe that should be next on my list!

I can’t get wrinkles.  You know the wrinkly-forehead-when-you-raise-your-eyebrows-really-high thing?  Not here.  No matter how much I flex those facial muscles, not a single wrinkle appears.  A fact I’m sure I’ll be proud of in thirty years time!

I want a tattoo as soon as possible.  On my 18th birthday I’d love to get a matching ink to my mum’s tiny bow on her wrist – it’s only made up of dots so would be a pretty good place to start!  Matching tattoos will be so cute too.  At some point I’d absolutely love to create my own mandala-esque design, similar to the doodles I cover anything and everything with.  Maybe on my shoulder or upper back?  Looks good on Pinterest anyway!

I’ve been crapped on by a bird 3 times.  Grim, I know!  It’s supposedly good luck too!

I was an early talker. Talked lots as a baby and not much has changed since! I’m not sure of exactly my first words, but apparently ‘watering can’ was in my early vocabulary and I introduced myself to strangers with “Hi my name’s Lily Kate France and I’m two and three-quarters. Who are you?”. Y’know, standard stuff for a toddler.

I’m really, really jumpy.   It only takes the tiniest little thing to make me jump out my seat haha!  I like to think of it as good survival instincts.

I can write backwards.  Just about the most useless talent ever, but it’s pretty cool nonetheless!  No idea why I possess the ability, it’s just one of those things I randomly discovered I could do. 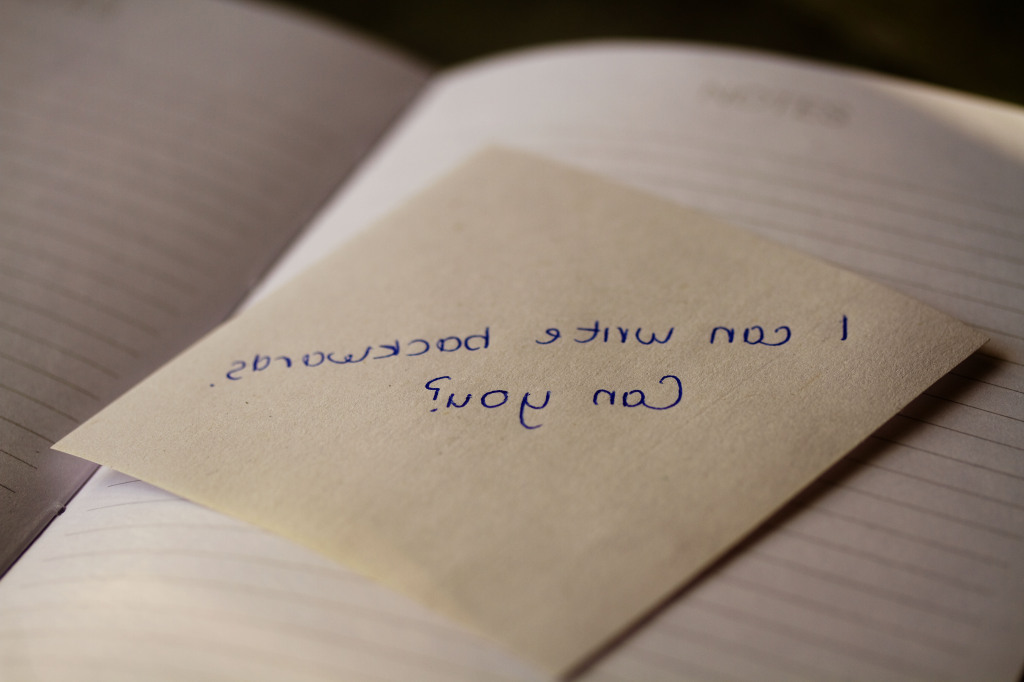 I have mild scoliosis.  Back here I wrote about how I work around this with fitness, but luckily for me the curve in my spine isn’t very severe.

Level crossings and barriers scare the hell out of me.  Always me nagging to drive faster; I hate being under the barriers thinking it’s gonna drop any second!  So yeah, quite an odd fear.  Anybody suggest a name for that one?  Speaking of fears, I actually quite like spiders so the usual arachnophobia isn’t a box I can tick.  Heights only bother me a little too – I’ll go on any big rollercoaster so long as I can shut my eyes on the way up!

Compliments on my personality mean so much.   I love being told I’m an interesting person, good to talk to, friendly etc.  Thank you so much to anyone that has said anything like this!  I try to dish out plenty ‘personality compliments’ myself, as I think they’re equally – if not more – meaningful than only commending someone’s appearance.  Feeling that you’re coming across to people in a way you’d like to is uplifting. 🙂

I enjoy cooking and baking and I’m not that bad at it! Although I do sometimes manage to make one crucial mistake (such as realising we have no eggs halfway into making a cake) that calls for some loose interpretations of recipes, shall we say.  Turns out tasty in the end though, and I can knock together some (reasonably) good dishes sometimes too.

My first concert was Girls Aloud.  Followed by the Spice Girls reunion tour.  No shame.

I love the afterburn feeling of sore muscles.  As in I actually enjoy the soreness.  Abs are my fave – waking up with your stomach feeling ripped as hell from the day before is pretty satisfying!

I can’t imagine not blogging.  What did I even do with myself before?  It’s not even like everything I see and do is documented, but I feel like blogging has exposed me to a whole world that I wouldn’t have otherwise entered.  Rupsha asked what my favourite part of blogging is and I think this would be my answer.  Slipping into the ‘blogging world’ to write however you want to write, create whatever you want to create, talk to whoever you want to talk to: all my favourite parts, in summary.  Everybody can chat and support each other – we’re all doing a similar thing, after all – but also blogging has no constraints or criteria and we can set our own styles, deadlines, and image.

Well done to anybody who makes it this far!  Thanks for sticking around. 😀 In a recent twitter chat it was mentioned that we love finding we have something random in common with a blogger, so holla if the feeling’s mutual on any of these.  Tell me something about yourself too – anything!