scared of my own stupidity | travelling stresses 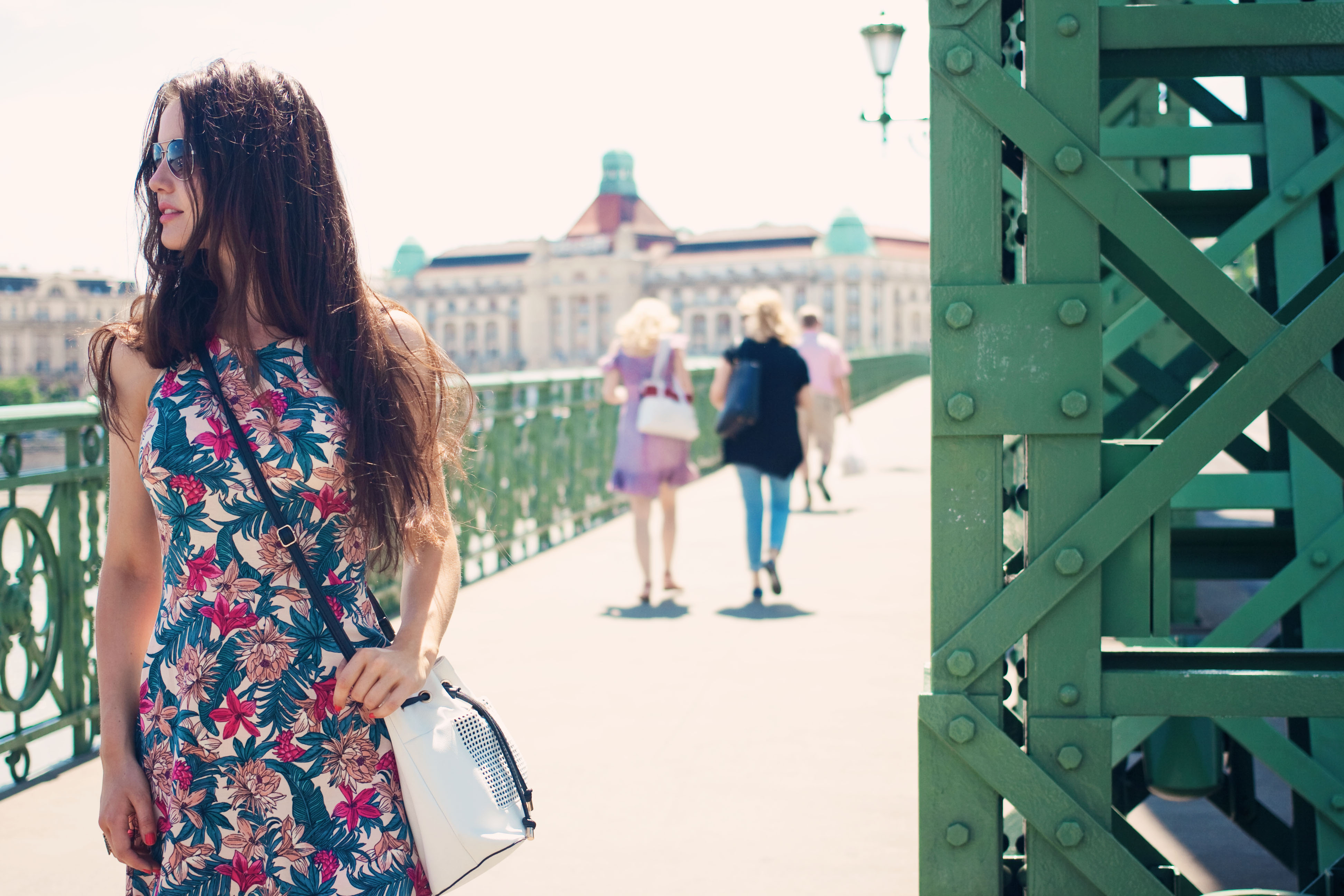 I’ve been in Budapest for two days now and I can wholeheartedly say I am LOVING it.  We’re having an amazing time and I seriously can’t wait to tell you all properly about it when I get home.

However… (sounds like I’m trying to write a thriller here doesn’t it) the first night I was not loving it at all.  I don’t think I realised how much of a worrier I can be until Monday night.

Our flight was fine, our taxi from the airport was fine, and we met the host at the apartment just fine.  Everything seemed to be going well.  And then to be honest nothing *that* drastic in the grand scheme of things happened, but it was just one of those nights with a few less-than-ideal events that set me off worrying.

We unlocked our apartment door just fine, but couldn’t figure out how to get out of the building and onto the street.  Everything was silent apart from some muffled snoring, but we couldn’t tell where that was coming from.  The corridor was pretty dark anyway, and by this time it was going dark outside.  It didn’t feel like the kind of place that would have been appropriate to just laugh loudly about it and keep trying, and what gave us some quiet giggles at first kinda didn’t seem funny when we genuinely couldn’t get out.  Luckily our host was really friendly, and after a text saying ‘I assume you need to pull it harder’, we were out.  Feeling like absolute muppets that just hadn’t pulled it hard enough obviously.  It’s easy to let your logic slip when you’ve just landed in a new country and everything’s so unfamiliar – at least that’s what we’re telling ourselves anyway!

We only nipped out for the quickest of quick trips to the nearest convenience store, and I honestly don’t think I’ve fumbled around with money so much in my life.  How I managed a maths A-level yet get so confused by an exchange rate I do not know.  The streets were only slightly alive with a few locals, and we felt like such obvious British tourists who didn’t have a clue what they were doing.  Didn’t exactly feel comfortable out and about.  Then, of course, getting back into the apartment building proved just as difficult as getting out.  We’d been given a physical key plus two number codes, and had assumed the physical key would just let us back in.  In all likelihood we’d been distracted with looking around the apartment when our host explained what to do.  Cue a brusk male voice coming towards us saying “Look, this” and barging straight for the door.

One thing I really hate about being a girl?  The way you just can’t help but feel vulnerable in these situations, even if you’re not alone.  This man could see how confused we were, but was very intimidating and aggressive in his manner anyway.  Do they enjoy it or something?  Ugh.

He let us in, yeah, but we were still none the wiser as to how to actually open it.  Dinner that night was the most hilarious combination of pasta and bizarre tomato sauce that we’d picked off the shelves, so we had a laugh, took ridiculous Snapchat videos miming to George Ezra, and got ready for bed.  I realised I’d packed an American adaptor instead of a European one so we only had one between us, but that didn’t worry me too much.  By this point I’d read the sentence on the information sheet that ‘If you lose the keys, you must pay for the damage and the locksmith’ and in true Lily style, started worrying my head off about that.  Anyone who knows me will know I am THE WORST when it comes to keys.  I’ve locked the only house key inside the house (with my whole family outside) whilst on holiday before.  I’ve lost my own house key multiple times.  In my defence it’s always turned up sooner or later, but yeah, I’m SUPER paranoid about keys now.

To top it all off, in my stupidity I spilled water on my laptop.  And it wouldn’t switch back on.  If there’s anything to make a blogger panic, it’s the laptop or the camera.  So many files on there.  Not what I needed, seriously!  Plugging it in didn’t work, leaving it didn’t work, nothing seemed to work. Yep, panicky Lily again.  Why do I have to be so stupid?  Thank god for Saskia being the calm one and making me just leave it on its side and go to sleep.  What little sleep I did get that night, anyway.  By morning it showed the option to reboot, and after half an hour sat in front of the fan, the mousepad worked fine again.  Talk about relief!  I’m typing and editing photos and everything on it now – we’re all good.  We figured out the door in daylight the next morning too.  And converted the rest of our money.  And felt 100x calmer and ready to explore and have fun. 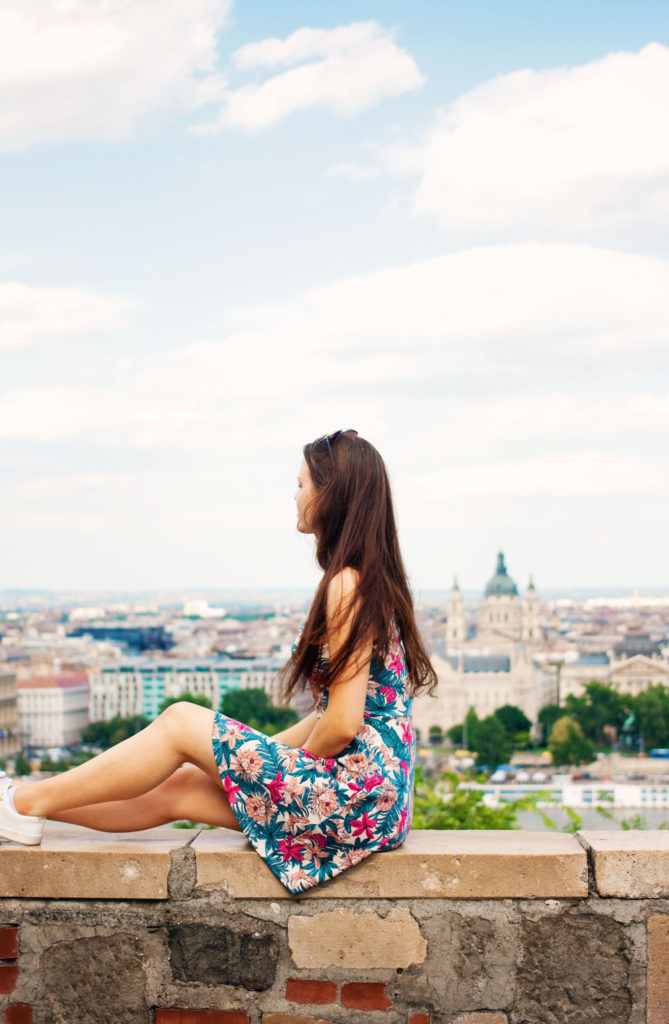 Writing this down it really seems like I was making a fuss over nothing, especially considering I wouldn’t call myself an anxious or nervous person at all.  I wasn’t nervous in the slightest about coming away to a overseas city just the two of us.  Mostly I’ve just realised how afraid of my own stupidity I really am – I’m capable of doing some really daft things, so that’s not unfounded.  I realised that the parts of a trip you expect might be stressful (getting to your accommodation from the airport, for example) couldn’t be simpler, and you don’t even consider that opening the door might provide stress in itself.  I’ll forever worry about keys.  Saskia’s on key duty for both of our sake.

But I also realised just how quickly you get used to things.  I still remember my first trip to London for my internship last year – I was pretty chuffed myself for making it down there, getting the tube, and finding the office.  The whole experience was new, of course I was.  Fast forward a few months, and taking tubes left right and centre to make it to 3 separate interviews before 12 o’clock was nothing.  No big deal anymore because I’d gotten used to it.  So next time, if I’m in a unfamiliar country and can’t open the door, I’ll stop panicking and be more logical about it.  I won’t worry as much if I spill a tiny bit of water on my laptop again.  I’ll still probably feel vulnerable when foreign men with scowly faces stare at us in the street, but I’ll keep my shit together.  And for now, I’m just gonna go out and have a good time.  🙂