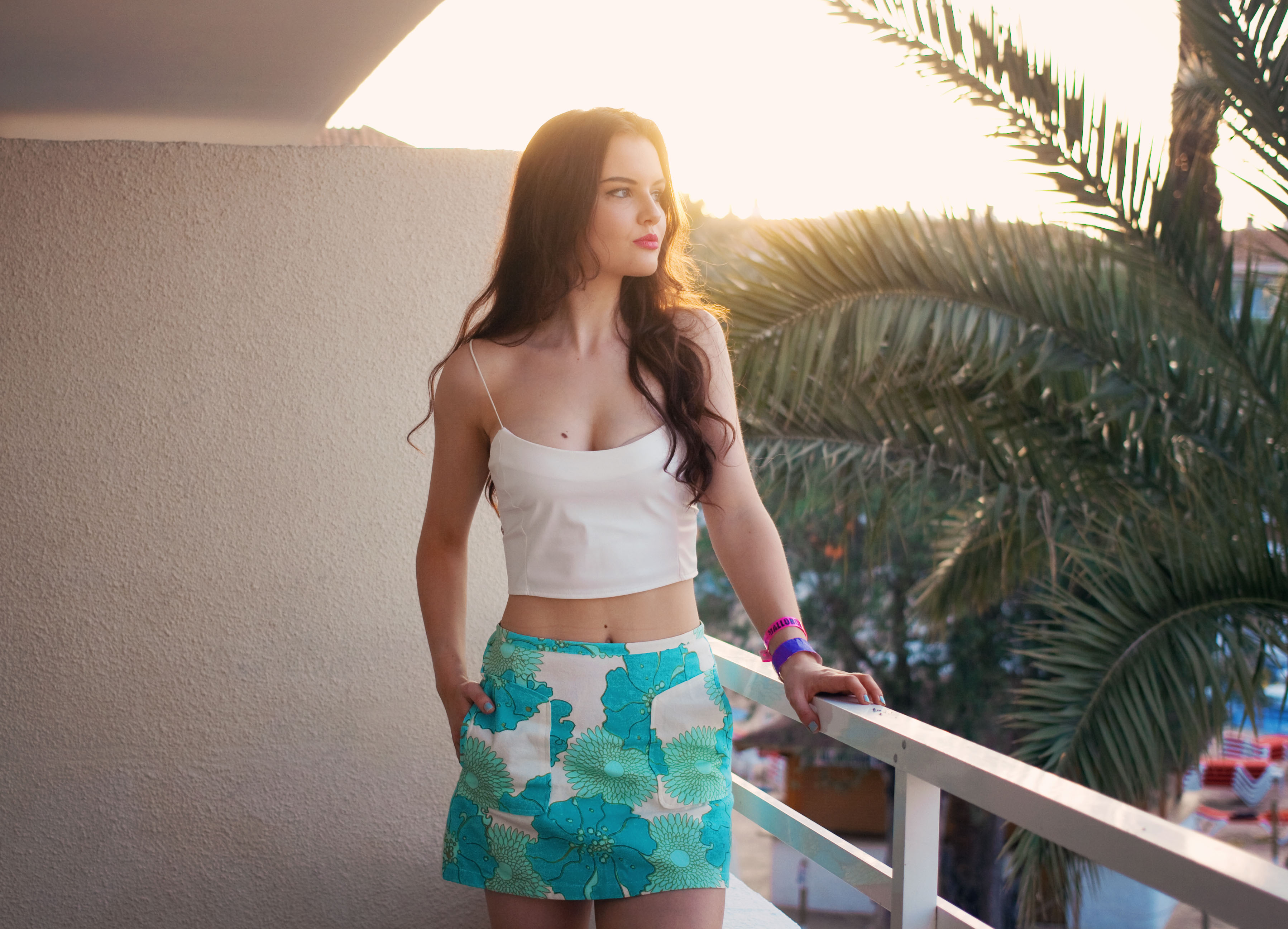 In case you couldn’t tell, these snaps were a Majorca outfit – just in case the palm tree doesn’t give it away.  I like to match my skirts to the background, you see.  They’re also the ones that resulted in an emergency McDonalds for dinner, because we’d faffed around taking outfit snaps instead.  All fun and games until you don’t realise what time it is and get to dinner just after the door closes.  Nothing says #thatglamblogger life like emergency Maccies though, amIright? 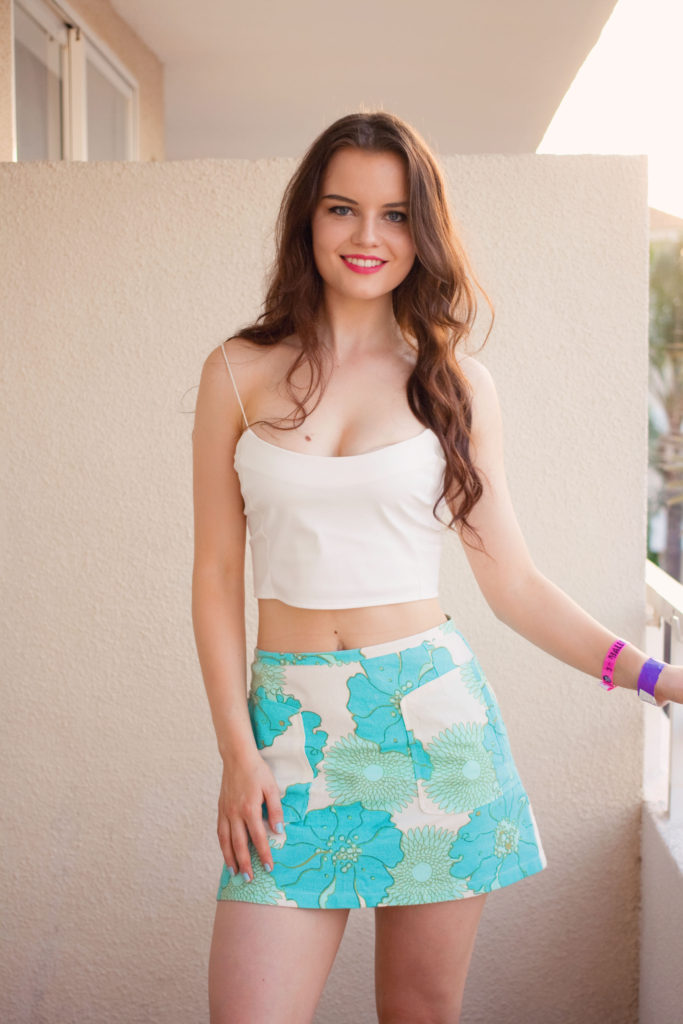 You could *kinda* be forgiven for thinking these were taken in England though (replace palm trees with pot plants maybe) considering how FRIGGIN BOILING it’s been lately.  Interpret that caps lock as enthusiasm not frustration btw – I am no way complaining!  Well, I might be when I’m sweating my backside off in an exam hall on Friday, but until then I’m just lapping it up and loving it.  It’s too hot for a brew, and that’s saying something from a self-confessed caffeine addict.  Of course now I’ve said this the weather gods are gonna rain on my parade (literally) but let’s hope! 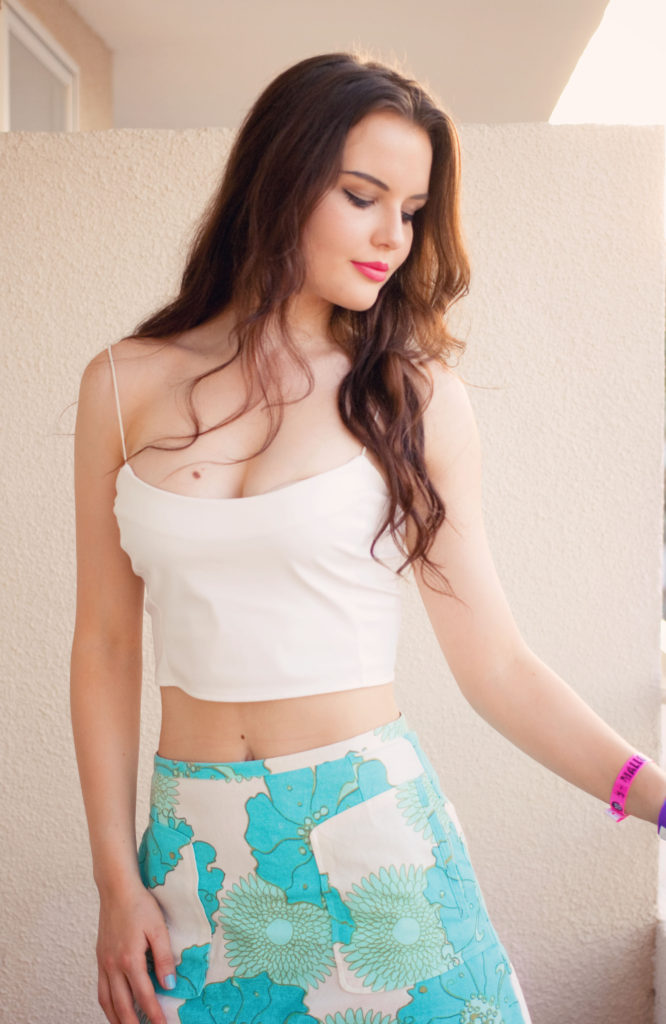 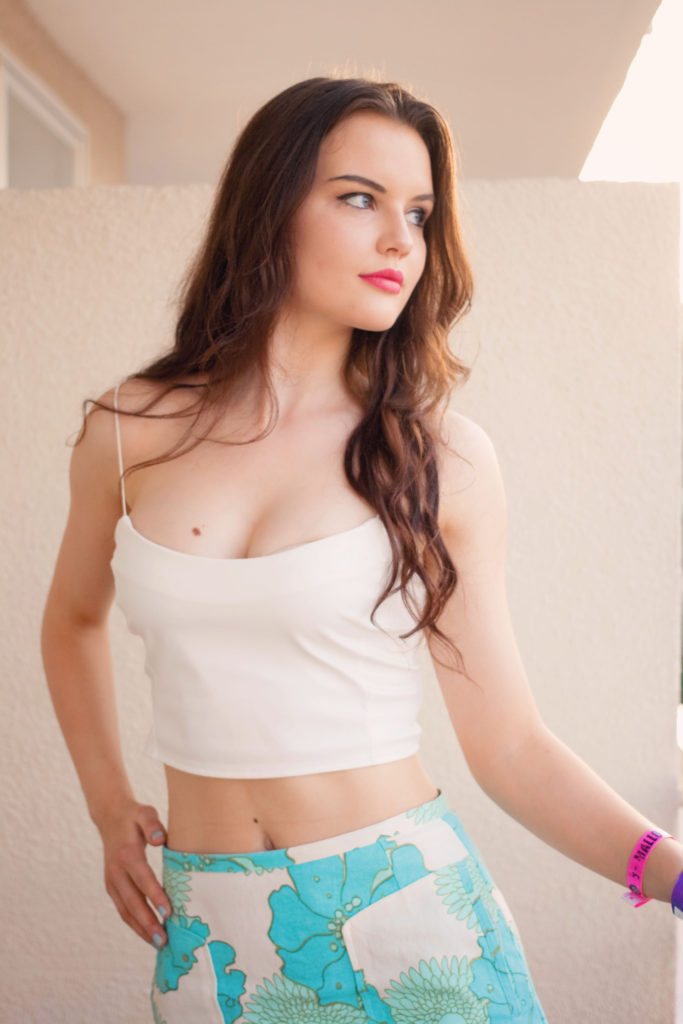 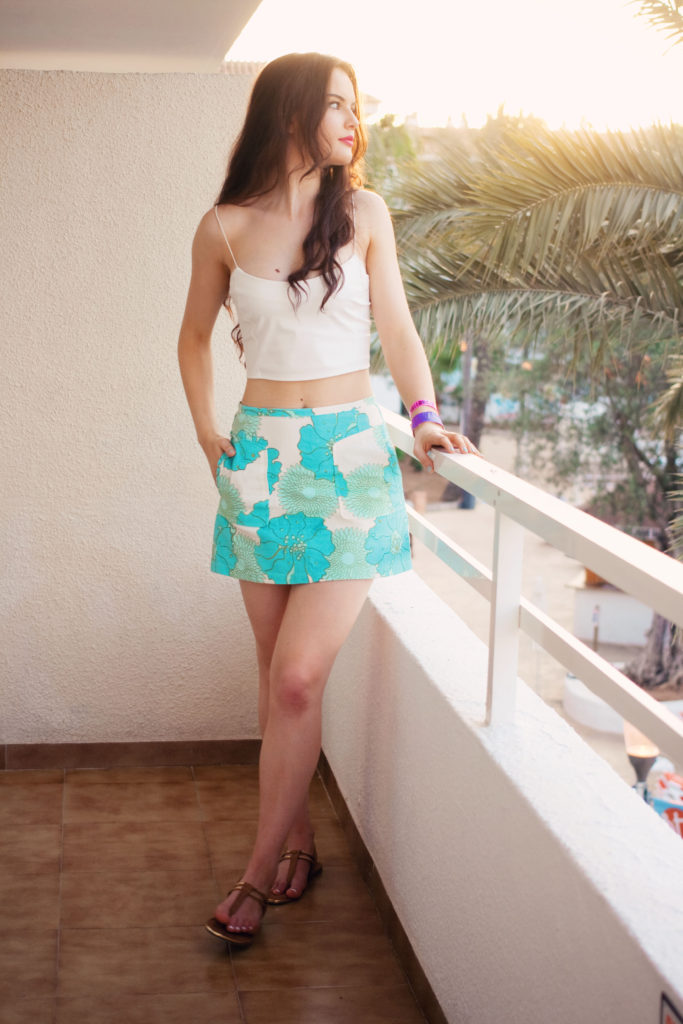 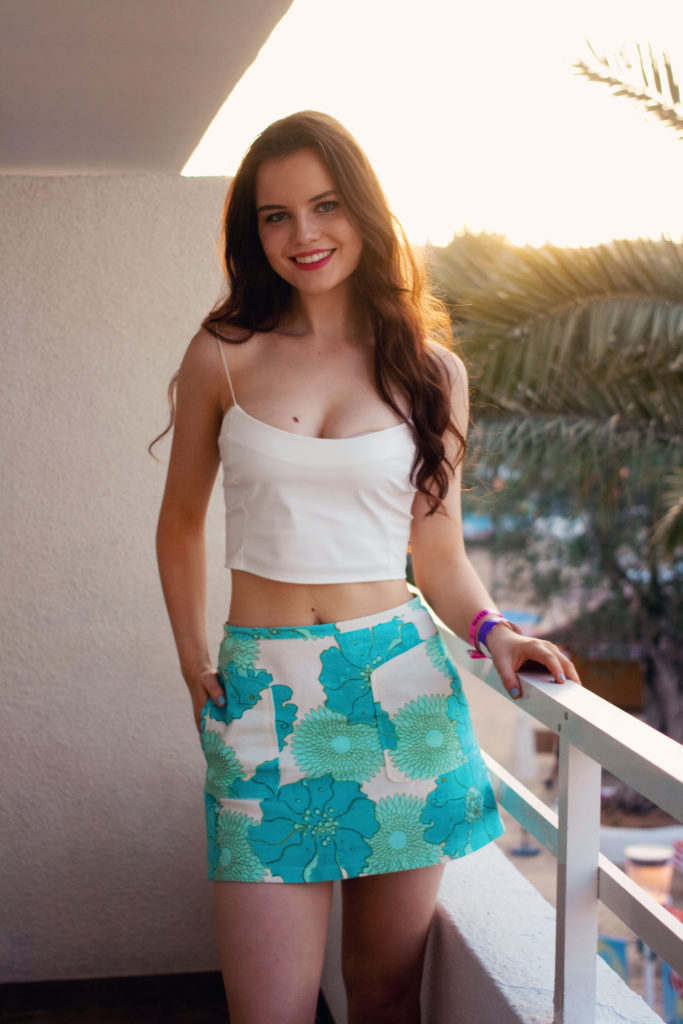 Other than the sandals, none of these items are new, but they’re summer faves that I’ll crack out the minute it’s hot enough for bare legs and belly.  I only found the skirt in Topshop at the back end of last summer so the ‘legs and belly’ occasions were pretty much gone by then!  I’ve recently rifled through my clothes rails for clothes I don’t wear anymore to send to charity, but tbh there are hardly any that I’m ready to part with, no matter if they’re last year’s or from 6 years ago.  Downside to not going through teenage phases – no embarrassing old clothes to throw out and make space!  Upside being that I only have regular embarrassing old photos to look through, not ‘omg remember when I went through THAT phase’ ones.  So that’s a plus.  Save for the odd bandwagon  (bandanas are my latest thing),  I don’t really go for ‘trendy’ items, so I don’t get fed up of them 5 years later.  I’m super sentimental too – the kind of person that doesn’t throw anything out.  Never know when a spontaneous weekend away will come up and you’ll have a desperate need for an aqua floral print skirt! 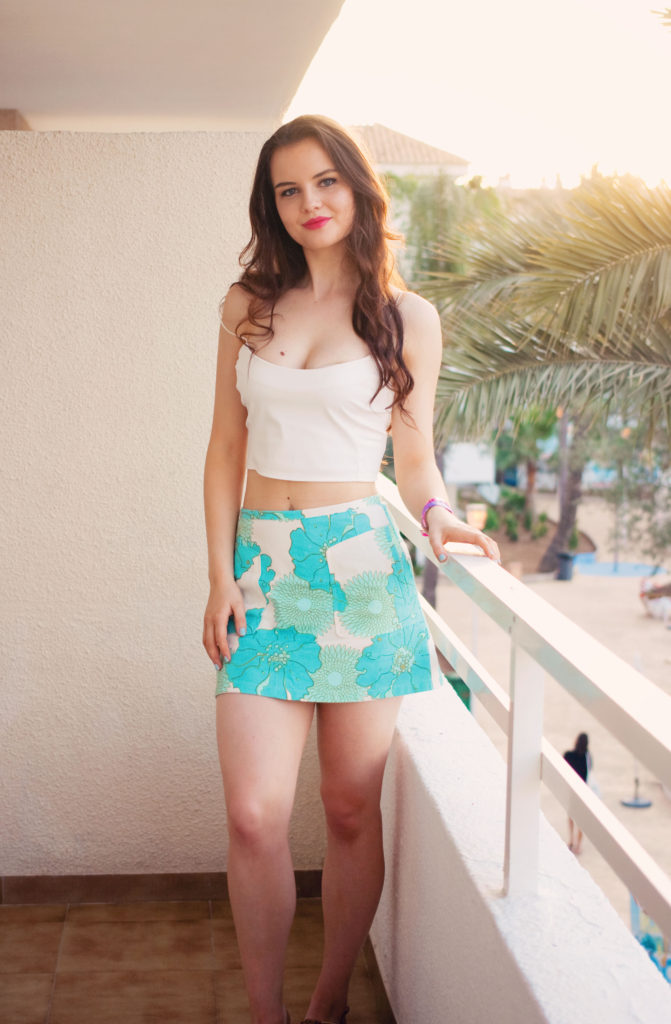 BRB, off to hit the gym then spend another 10 hours on the garden deck getting suncream stains on my history notes.  3 weeks today and exams will all be done – apologies in advance if you get sick of hearing about them until then, it’ll be over soon I promise!