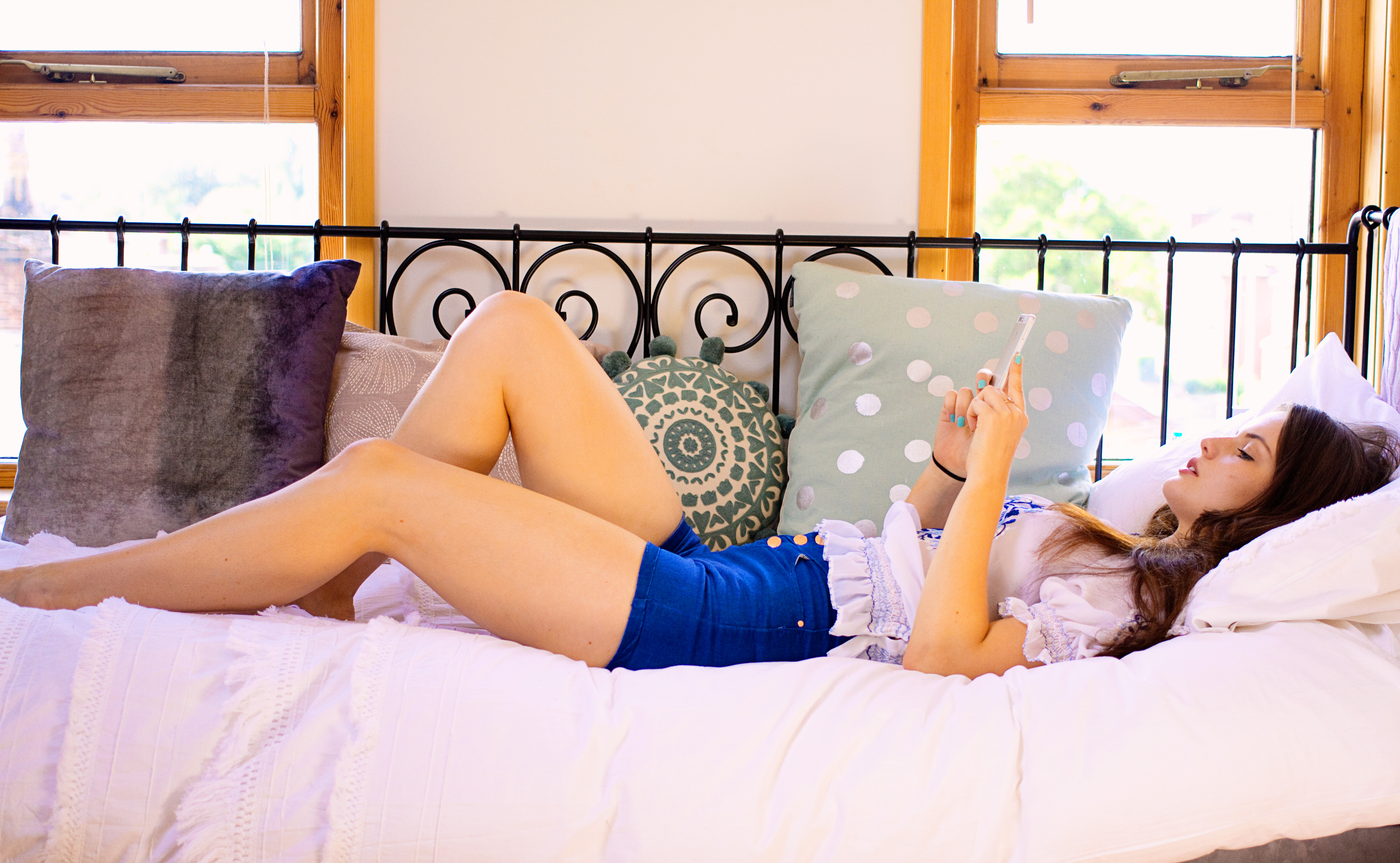 Heyyy bank holiday weekend!  Let’s all have a hooray for that fact.  Despite feeling like I should spend every sunny second outside after complaining about miserable weather so much, I’ve actually spent quite a chunk at home over the last week with a yucky cough that persists no matter how much Covonia I throw at the situation.  Such fun.  Not getting my workouts in has been driving me mad (girl needs her endorphin fix) but my lungs/throat/other people in the gym would not thank me for attempting that again.  Cue forced rest week, which isn’t my style, but if it’ll help me shift this frickin cough and give my poor lungs a break then so be it. 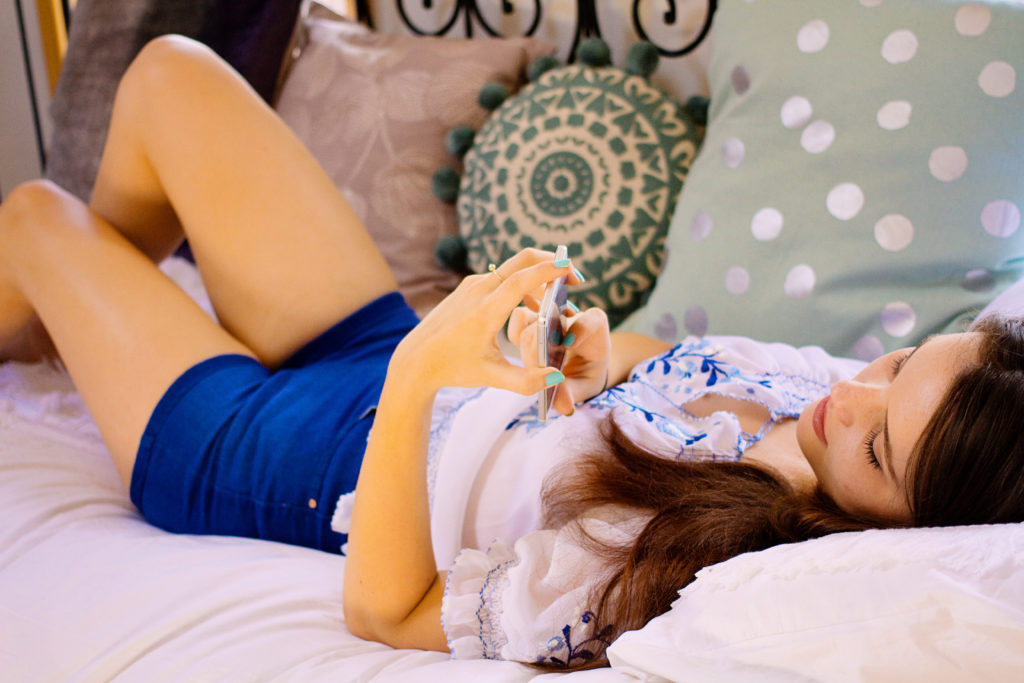 Anyway.  I fear all I’ve tweeted this week is ‘pity me I’m dying of The Chesty Cough’ so I’ll shut up about it from here on out.  And talk about home instead.  It’s mostly where I’ve been this week, and where I’m set to spend a hell of a lot more time in the near future too.  Hi there, distance learning!  I’ve already promised myself that I’ll make a conscious effort to not spend too much time at home, because that’s a fine recipe for going stir crazy if ever there was one.  Even if it’s just a solo daytrip, going to visit friends, or taking my uni stuff to a coffee shop – I gotta get out the house.  Human interaction pls.  Most of my friends are setting up their new mini homes at uni next month (you know they’re all gearing to go when the group gal chat topic is IKEA bedding and Pukka Pads), and it’s gonna be so weird when they’ve all gone.  Part of me thinks it sounds kinda exciting but I’m still more than happy to live at home for a while yet, too.  Don’t feel the urge to escape the nest long term, y’know? 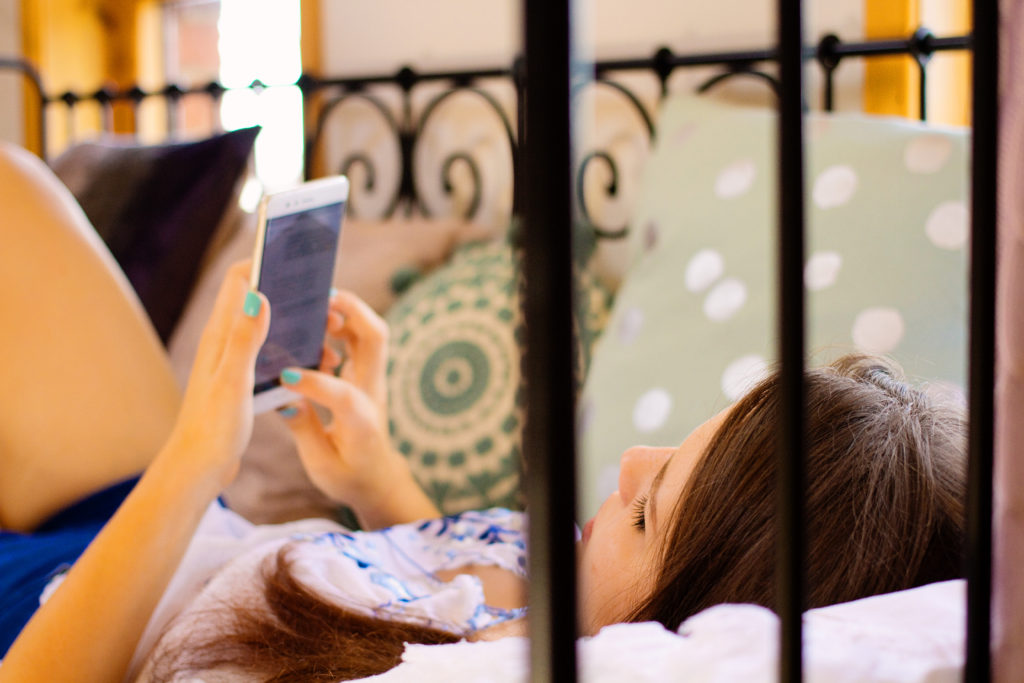 I’ll still be taking as many trips as possible, but for now, ‘home’ home is good with me.  I think many things influence the way you feel about moving out – relationships with parents, amount of space, how easily you can get around, etc. – and for me there’s no particular push factor.  I’ll move out when there’s a better option, and for the forseeable future, that isn’t happening!  That’s not to say I’m a total homebody though – too much time between these 4 walls and I do actually start to go mad. 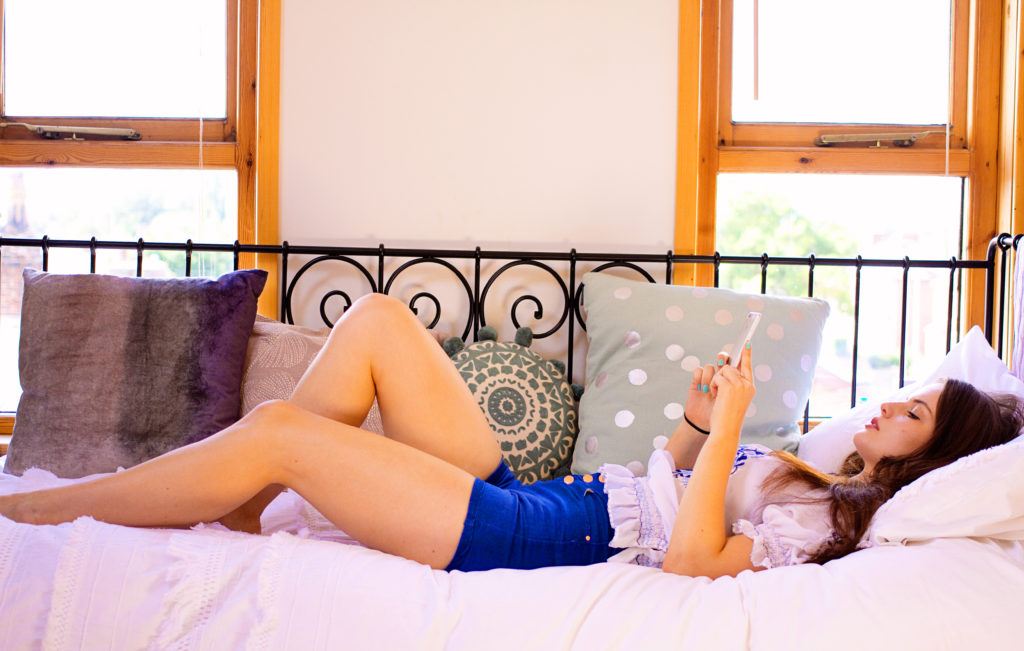 Doesn’t hurt to have a little rejig and make my current bedroom as ‘me’ as possible though.  Tbh I have no idea why it’s taken me 19 months to realise that DUH, bed under the windows makes SO much more sense, but better late than never.  I’m excited for my first sleep in it tonight, and give zero cares about how sad that makes me sound either.  Now I can people watch from bed and stand up without fear of smacking my brains on a beam, yay! 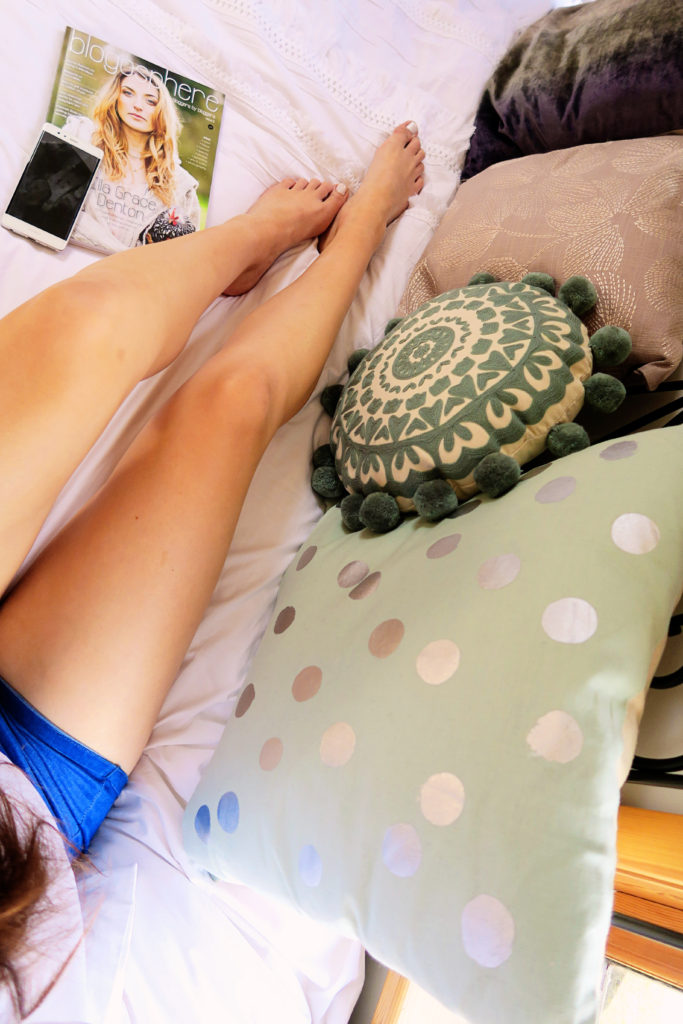 Debenhams kindly offered me a choice from their bedding selection to switch my room into Autumn mode, and I have to say I’m rather chuffed with this new set up.  I’d go so far as to call the cushion combination Pinterest-interiors-worthy.  Obviously I chose white bedding (what’s better than fresh white sheets hey???), but white bedding with a very soft touch and tassels, nonetheless.  Turns out white tassels on white bedding aren’t the easiest thing in the world to photograph, but they’re there, I promise.  For my obligatory pile of cushions I chose a more muted palette, to replace the bright pink flamingo that’s been chilling there all summer.  Pompoms and velvet and ombre and embroidery, hell to the cosy yes. 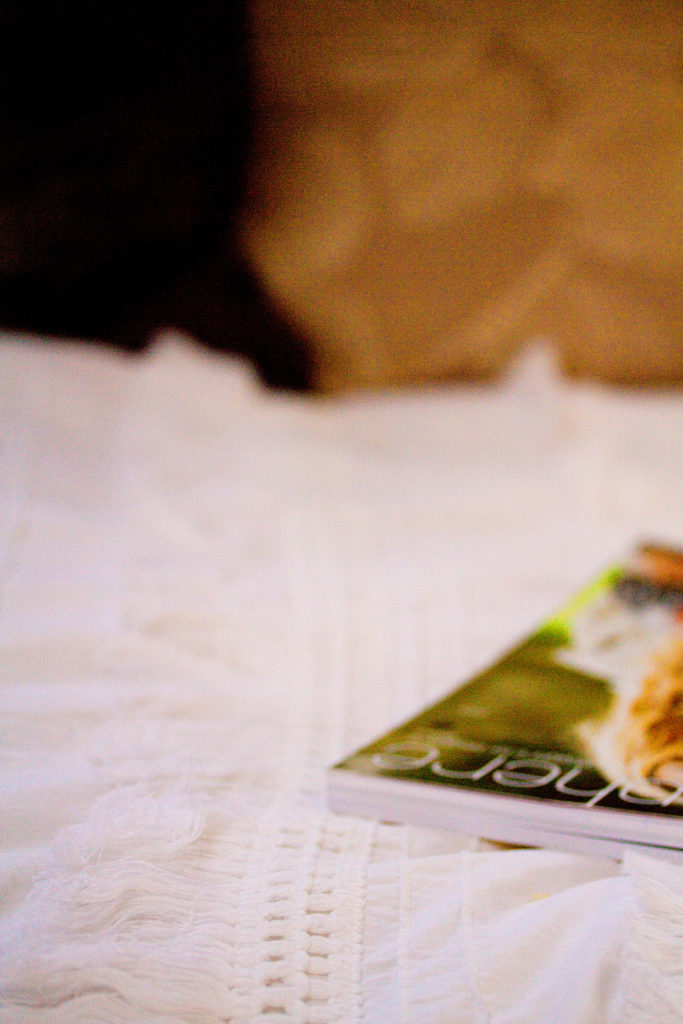 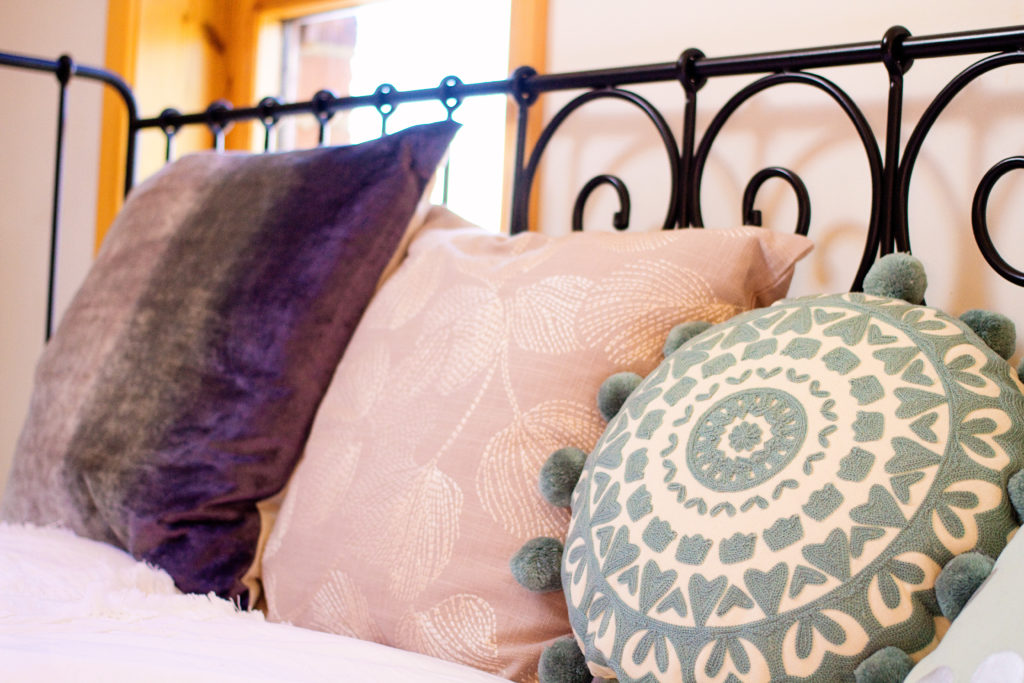 I also don’t know why it’s taken me until issue 9 to get my mitts on a copy of Blogosphere magazine, either.  Someone drag me into this decade, please?  So far (and by that I mean, after 2 hours binge reading) I’ve established that it’s the perfect nosy parker’s read, fun to recognise familiar faces and pop new ones on you radar, and has wonderfully thick paper pages.

Hair bobble on the wrist.  Most classic accessory of them all.  Classic ‘about to drop phone on face’ position too. 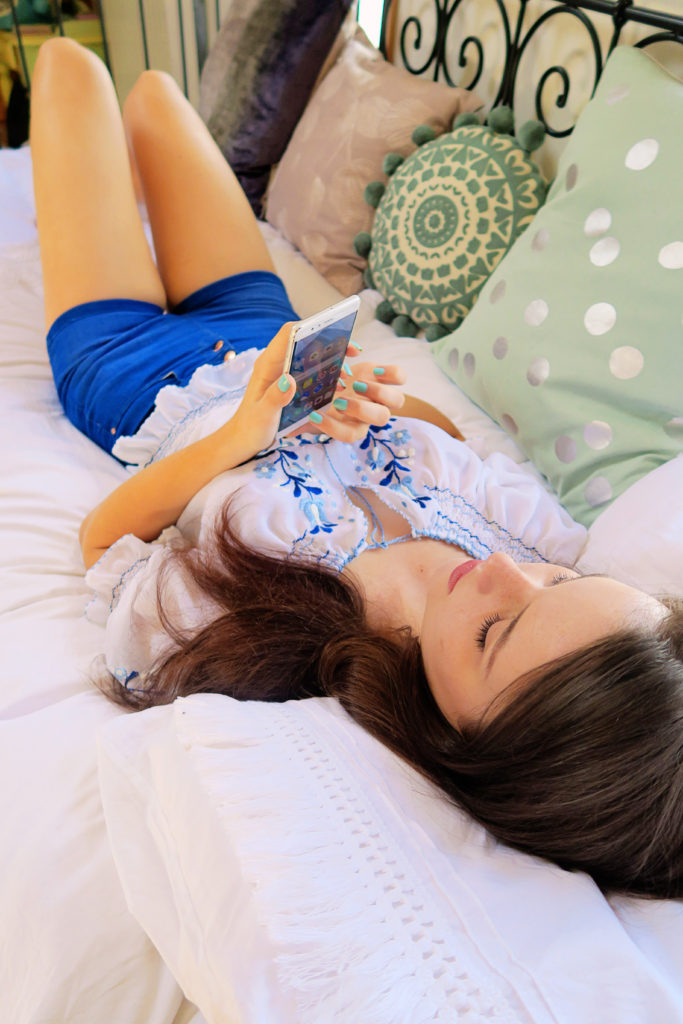 To round up, I would provide a link to my top since it’s rather on trend (if I do say so myself – all about that embroidery) but I picked it up from the central market hall in Budapest so might be difficult.  Probably the most touristy item I could’ve possibly brought home, short of an ‘I <3 Budapest’ fridge magnet.  Love it lots.