How to Get Your Act Together When You’re Creatively Frustrated 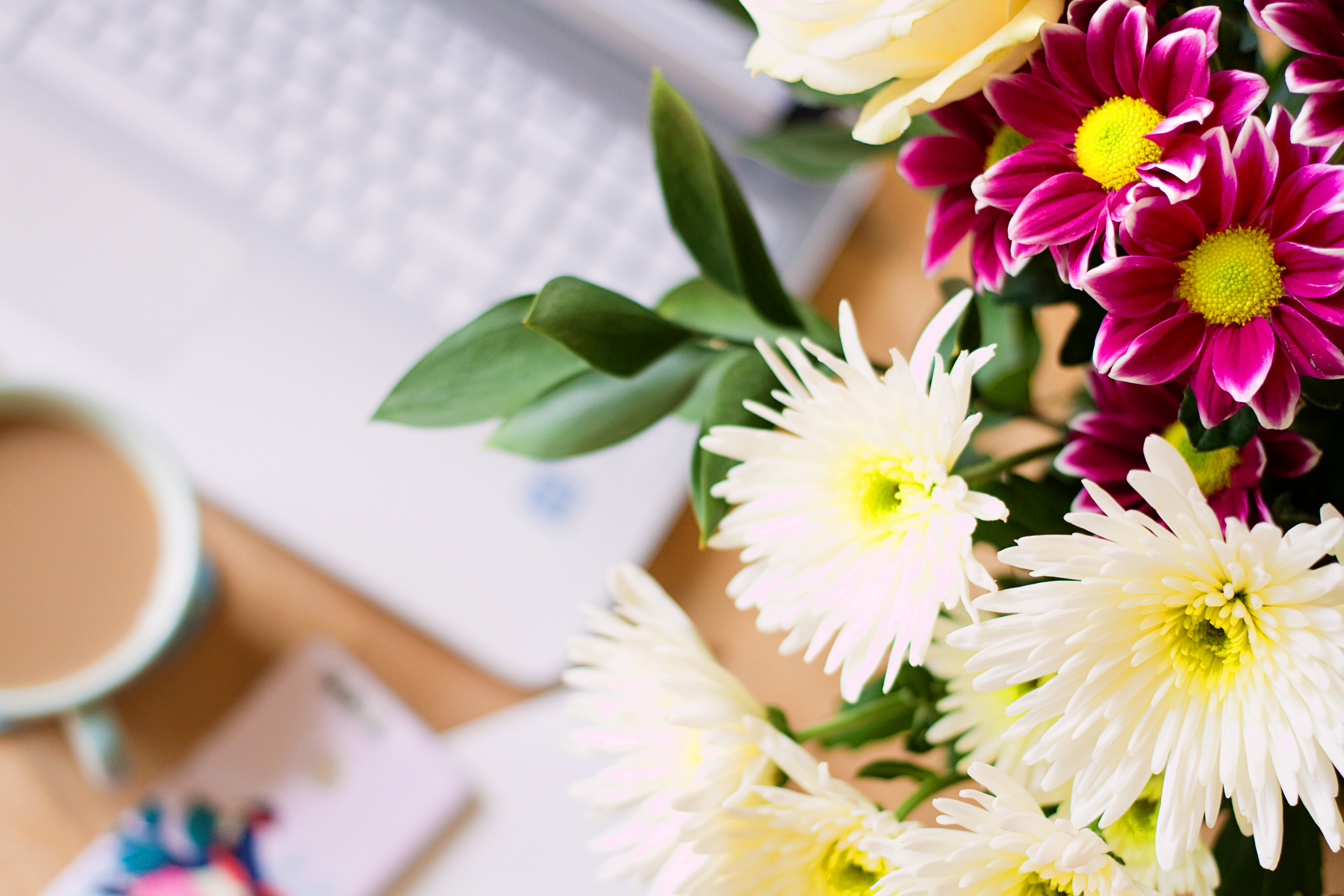 We’ve all been there.  Can’t seem to pull yourself together… the hours are slipping through your fingers… you’re feeling frustrated with life to the point where you’re snapping at the cat for having the downright cheek to miaow (mioaw?? miaw???) for food… ‘Those Days’.

The days when you become increasingly hacked off with life because you seem to be doing an increasingly bad job of living it.

I find it hits me especially bad when I’m trying to do something creative (in most cases, come up with blog ideas or make stuff) and the ideas just aren’t frickin coming.  And try as you might, ideas cannot be forced.  Damn them!  You can attempt to brainstorm, but your brain will just say ‘Lol nope’ and you’ll stare at a blank sheet of paper/screen/into thin air and not a single idea will materialise.  This is one of the reasons I chose to study a subject that’s completely black and white – the grey area can lead to a hell of a lot of creative frustration when things just don’t go how you’d imagined.  Textiles A-level taught me that!  Maths can sure lead to frustration too (when you can’t do it basically, lol), but it’s not the same as trying to fabricate cool ideas out of thin air.  Maths just… is, and I like that.  Maths <3 <3 <3

Maths aside, I’m feeling somewhat productive right now so have compiled a list of suggestions for when I’m not.  Ride the wave and all that.  Hopefully they’ll give you a hand if you can relate to the creative frustration! 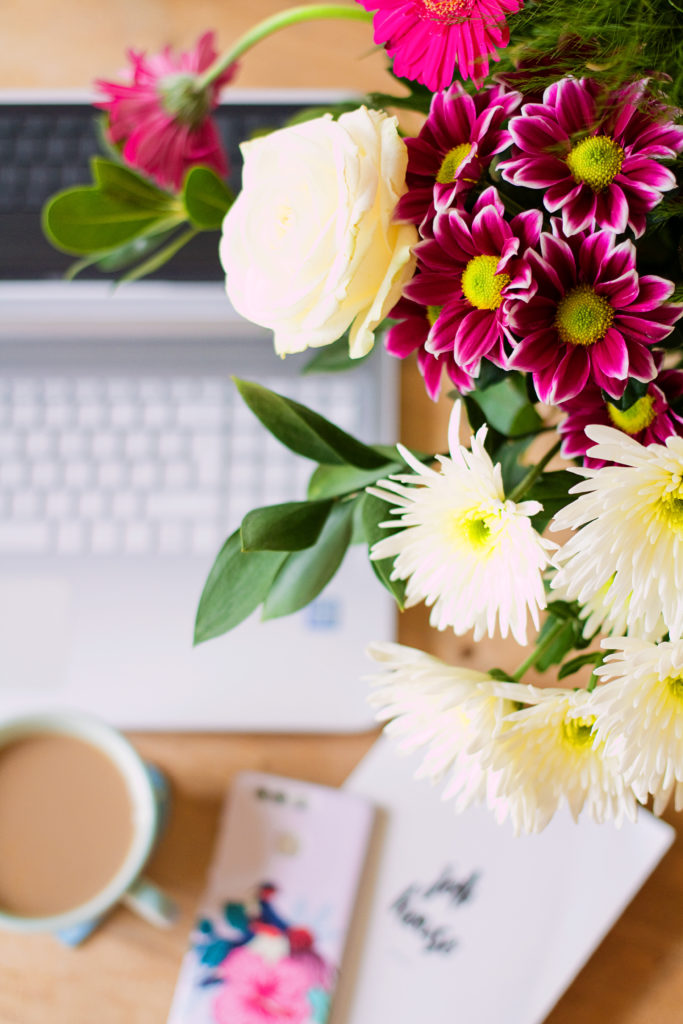 Take a step back

I know I know, taking your foot off the gas when you already feel behind is the absolute last thing you feel like you should do.  It feels totally wrong, but it seriously can do a world of good.  Like taking the night off revision the day before an exam – it can actually work!  (I speak from experience of someone who’s done both last-minute cramming and last-minute chilled out nights drinking wine – cramming doesn’t always work guys and gals).  Giving your mind time to breathe and relax, just walk away from the damn screen or textbook or whatever it is, and do something completely unrelated for a wee while.

It’s like the official version of sneakily adding items to your to-do list that you’ve already done.  It’s called a ‘Stuff I  Already Did List’, and is satisfying as hell.  Sometimes it’s easy to get sucked into thinking ‘well I have this and that to do before I go there next Tuesday and oh bugger I forgot I’d organised to see them on Saturday’ and forget what you’ve actually accomplished thus far.

Enter the Stuff I Already Did List.  And you know what?  You should put everything from the last few days on there, not just the ‘productive’ stuff like doing your homework or editing a video.  Things like ‘made dinner for everyone’ and ‘nipped into town’ are welcome on there too.  Spent time doing your makeup extra nice?  List it.  Chatted to your friend for hours?  List it.  Now I know the very act of making this list seems like a pointless waste of precious time, but it can help set your head straight.  Might give you a better idea of how much you can realistically cram into one day too, if you’re anything like me and regularly set yourself a to-do list worth sniggering at.

Run the menial errands you’ve been putting off for ages

Take that parcel back.  Make that phone call you’ve been avoiding because it’ll be awkward.  Clear out the cupboard monster situation you’ve been pretending doesn’t exist.   Now I don’t know about you, but the longer something’s been on my mental to-do list, the greater the satisfaction when I eventually get round to it.  Kill as many birds with one stone as possible and spend a few hours doing all the stuff you CBA doing for days/weeks/months.  In the cliché words of Nike, just do it.  Getting out of the environment you’ve been in for hours – even if only to walk to the post office and back – can be the literal breath of fresh air you need.  Ditch whatever it is you were failing miserably at, and do some stuff you actually can do instead.  Gosh I sound like my mother.  ‘Do the stuff you can do!!!!!!’

Good days wouldn’t stand out without the bad’uns, would they?  When it hasn’t been your day, your week, your month, or even your year (lol) then maybe then you should start questioning what’s stopping you get your act together, but until then, remember that a bad day is exactly that: a bad day.  It’s especially true of blogging when you feel like missing too many days will make you irrelevant and unreliable, your pageviews will drop to 2 per month, and people will forget you ever existed.  Unless you really do disappear off the face of the earth, they won’t.  The odd mini radio silence is ok.

Do something loosely related

For example if you’re stumped for blog ideas, then go through your old posts adding ALT text or get rid of all the old drafts that you’ve never going to write.  Just don’t, for the love of god, scroll through Instagram or Twitter or Pinterest hunting for ‘inspiration’.  *Chastises self*.  Newsflash: it doesn’t work.  Give up looking, and you never know it might just hit you at the unlikely times.  Spend a few hours doing something different instead then you don’t feel like your time’s been thoroughly wasted.

Let me know if you’re familiar with the creative frustration feels, and if any of these suggestions work for you!

P.S. I’ll love you forever if you watch my latest video.  I’m slowly improving at this video editing lark!  🙂 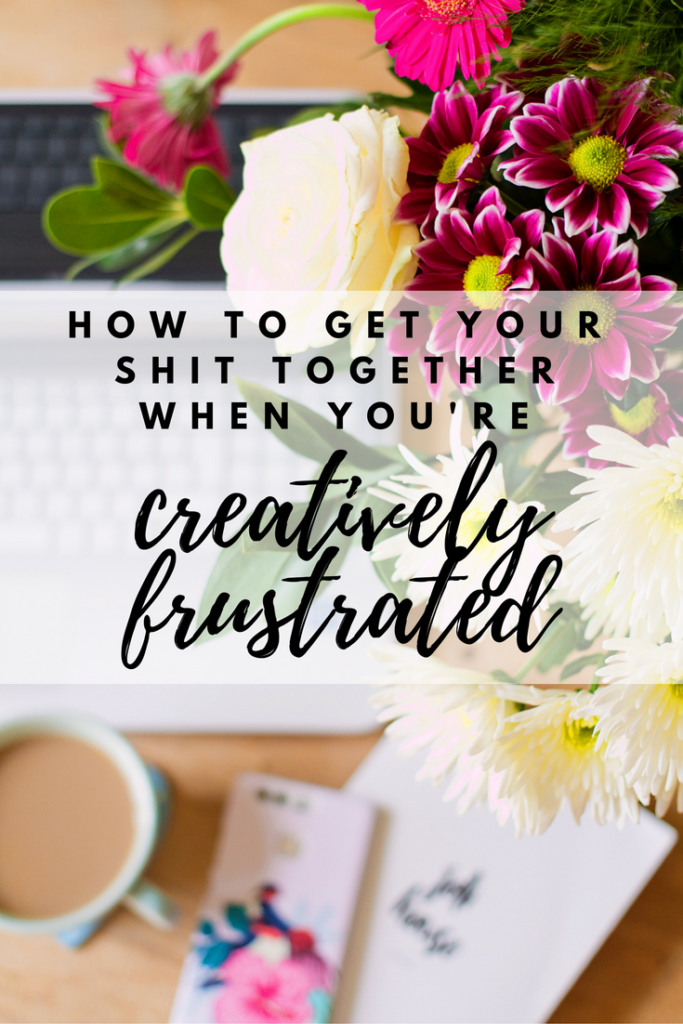