instagram & the algorithm | is it even worth it anymore? 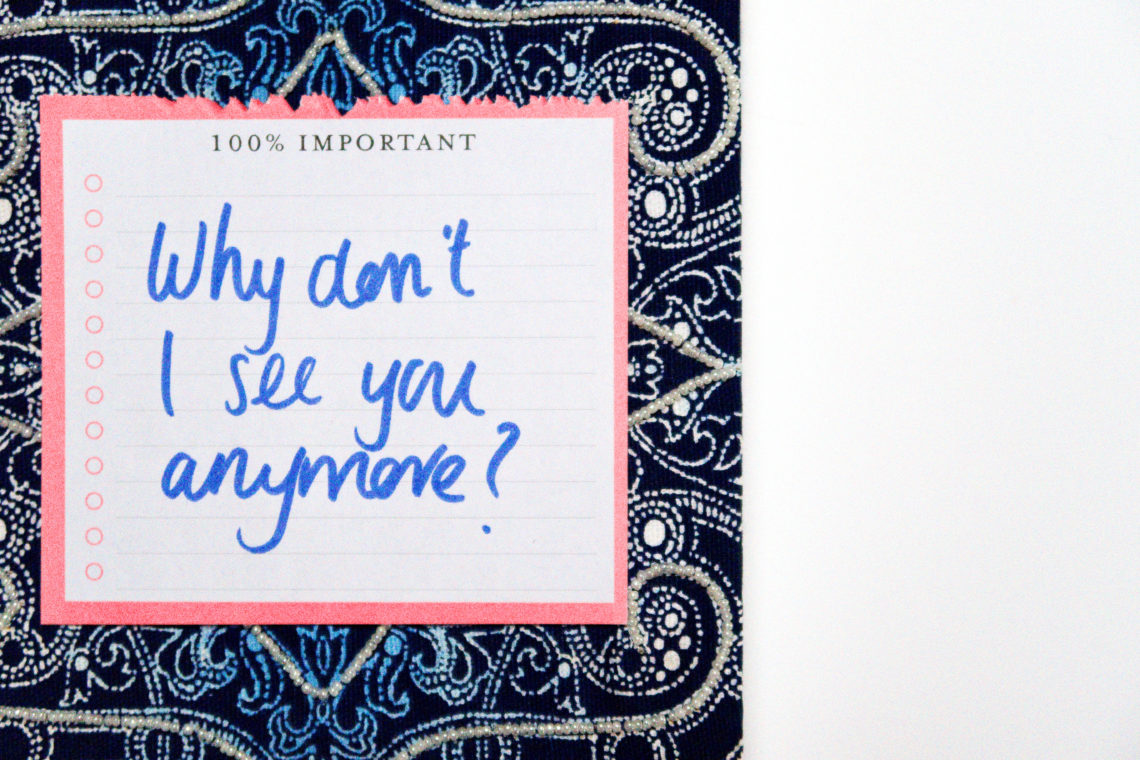 Another rant about Instagram and it’s stupid/annoying/insert expletive of choice algorithm?  Aren’t we done with those?  I hear you say.  Well, much as I wish we were finished ranting about it since my first post on the topic over a year ago, unfortunately we’re not.  And to be honest, I’m now wondering whether Instagram’s (not so) new algorithm mean people have stopped/will stop caring.  Every. Single. Day. I see people ranting about how awful Instagram has become since the algorithm was implemented, and yet what do Instagram do?  Ignore the wishes of the masses, and bring out more face filters instead.  THANKS GUYS.  Doesn’t matter that I would quite like to see my friends’ photos or anything.

A few years ago there was a 100% chance that if I followed you, I’d see your photos.  Now, there’s only a very slim chance that I’d see your uploads even if I watched my feed like an absolute hawk.  All that effort to capture the tourist-free shot in the lavender field?  Unseen.  The perfectly timed snap swinging over the river ?  Unseen.  Your perfect new outfit giving me all kinds of inspo?  Not seen it.  If by some miracle I do see it, you can almost guarantee it’ll be 4 days late.  Last week was a good example; suddenly eclipse photos and GCSE results started popping up in my feed a whole week days later.  Hardly fits with the idea of being instant, does it?

If I’m out all day and miss engaging on 2 of your photographs, Instagram’s ridiculous logic decides that I must not be interested in the next 6 that you upload.  Some days I might be more interested in photos posted about a family event.  So what if I don’t engage with this person on the daily, what if today it’s a wedding and I’d like the option to see the photos and give my congrats?  No, Instagram decrees that random 4 day old pics are more relevant to me.  There are some accounts I want to see every day, some once a week, and some only occasionally, but I am capable of scrolling through and y’know, deciding for myself.

Remember this line Instagram trotted out to convince us that we wouldn’t hate the algorithm as much as we said we would?  ‘You will see all your feed, just in a different order’.

Well, now I’m being offered the chance to ensure my posts reach a number less than half my follower count.  I smell a rat.  Why would I need to promote a post to reach 1000 of my followers if they’d ‘see all their feeds’ soon anyway?  Something tells me they now ensure that we don’t see nearly everyone we follow.  Unless they pay to be seen by people who’ve already said they’re interested by clicking the bloody follow button, obviously.

In the last few months, I’ve seen many tweets from people saying they’ve quit uploading to Instagram or are reducing the effort they put into getting ‘the shot’, because stuff is just not being seen and it all feels like a great big waste of time.  Which is sad, because this possibly means that 6 months down the line no one will be arsed with anything other than snapshots.  Maybe this is what the Instagram powers that be want – for us to revert to the unplanned, uncurated, goofy shots.  These shots are great, but often what makes them so is their timing and relevance.  If you take away the ‘instant’ bit, they’re just like an awkward photo album really.  What strikes me is just how contradictory it all is; if they want us to go back to basics, then they need to go back to basics and show photos in order rather than trying to second guess our interests, too.

I honestly don’t mind whether shots are taken spontaneously in the moment, or a throwback from months ago (ain’t nobody got time to take photos every damn day, let’s be honest).  I just want to see things when they’re actually posted, not days later.  Instagram supposedly wants us to engage more, but half the time we’re too late to the conversation for it to be relevant.  With more and more people using Instagram as a micro-blogging platform to share their daily life, isn’t it more and more important that we actually see it in time?  I’d have more reason to post a comment about the beautiful sunset that was happening right now and being posted by my friends, than commenting on Monday’s sunset on Thursday afternoon.  I’d probably go out to take a look and snap it myself if I saw it in time.  It would all be a bit more ‘immediate’ – an ‘instant’ Instagram if you like.  Now there’s a novelty!  Instead, the uber accounts with hundreds of likes and comments (even if half are spammy emoji comments), are jettisoned to the top of my feed thanks to their ‘superior’ engagement.  Basically, it seems like the current system is devised to help the big get bigger and the small stay small.

OK so I’ve probably ranted enough about the non-chronological feed now, but I have one more bee in my Instagram bonnet to address – the Explore page.  The same accounts show up in mine all the time.  I haven’t followed them because I don’t want to, but Instagram is bloody persistent when it comes to pushing them under my nose.  Maybe lots of my followers like them, maybe my interests seem similar to theirs, but if I wanted to follow, I would.  With 78 million users or whatever crazy figure it’s on now, I’m pretty sure it’s not down to chance that the same 3 show up on rotation.  Funny how it’s rare that an account with fewer than 50k followers crops up, too.  It’d be interesting to see what would happen if the feed reverted to chronological for just 1 week and actually showed every photo; a totally different bunch of people could find themselves in Explore due to their photo having the chance to receive the engagement it deserves.  That beautiful shot of the English countryside maybe wouldn’t be buried by shot of mountains photoshopped behind the Eiffel Tower (seriously though, WTF).  Maybe the balance would shift slightly and we’d all see new angles, scenes, and interesting new accounts.  Or maybe we’ll carry on and see last week’s Eclipse.

Years ago, Flickr was a go-to choice for photo sharing.  Anyone remember the 365 project?  It was my first foray into photography at age 12 and I loved the creative challenge.  Now Instagram has everyone reeled in with their filters, editing, and the fact that it’s the internet ‘place to be’, and it appears no company is game enough to start a new app.  There are rumours of Amazon doing something, but as far as I’m aware that’s a long way off.  So whilst everyone and their mother is (justifiably) complaining about the current Insta sitch, I’m not sure what the next step is – any ideas?  How can I be sure that I’m seeing the people who I want to see?