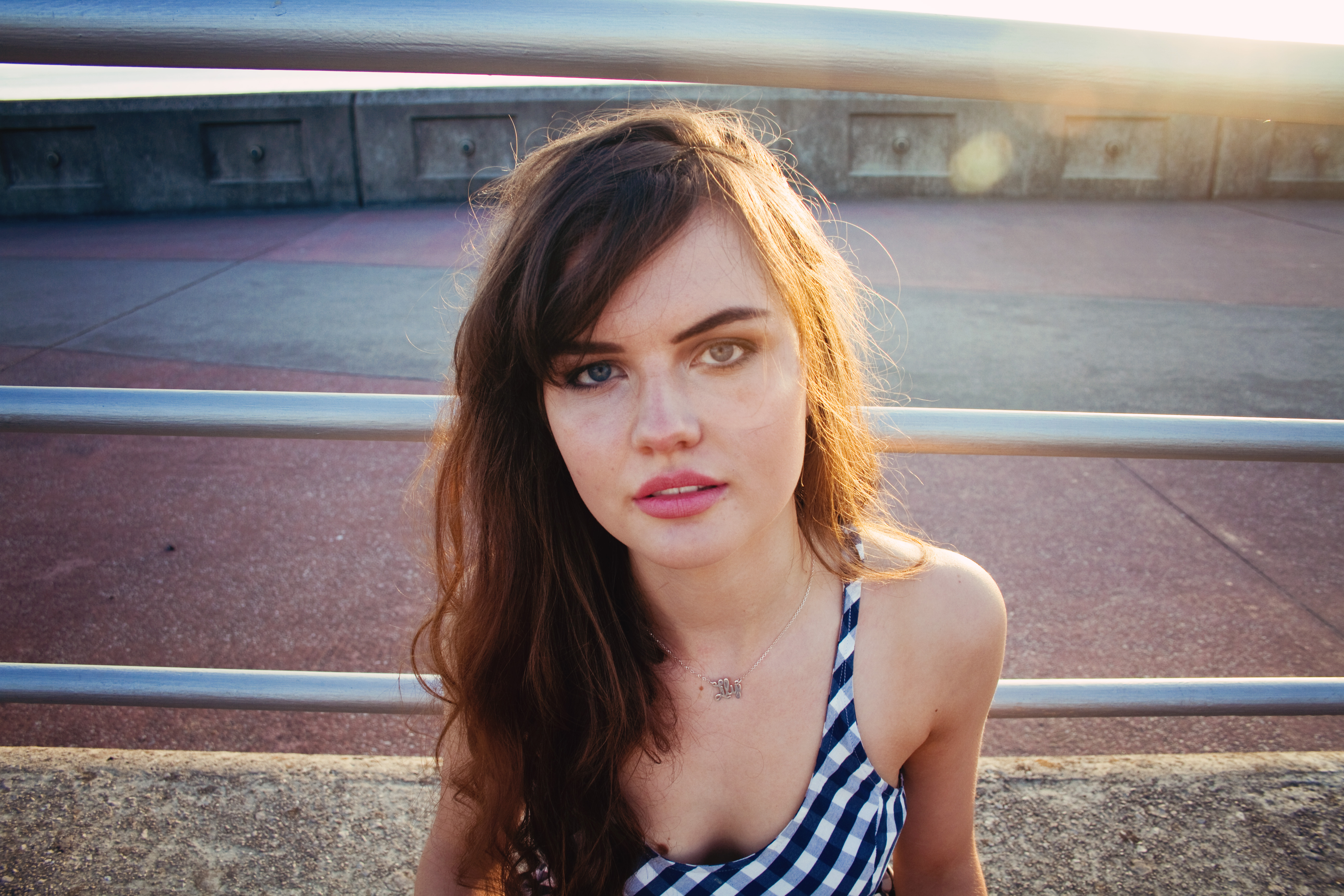 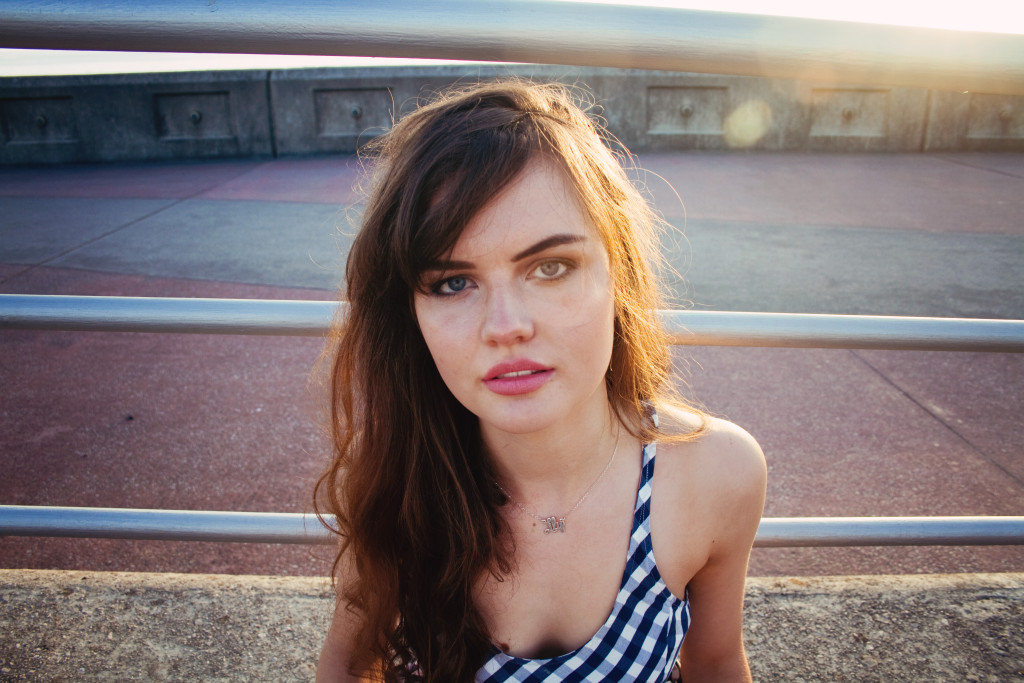 Taking every opportunity I can get for summery outfits!  Evening sun on bare skin is just one of those ‘make me happy’ things.  Sun in general lifts my mood.  Love a little summery dress too, of course.  This one’s from Superdry and is one of my faves.  The racerback style stops the blue gingham from being too primary school-esque, I think.  It’s not exactly lengthy on my frame (is anything when you’re 5’11?) but that’s what sneaky gym shorts under dresses are for!  Thankfully there wasn’t a gale blowing on Blackpool promenade last night though, for once. 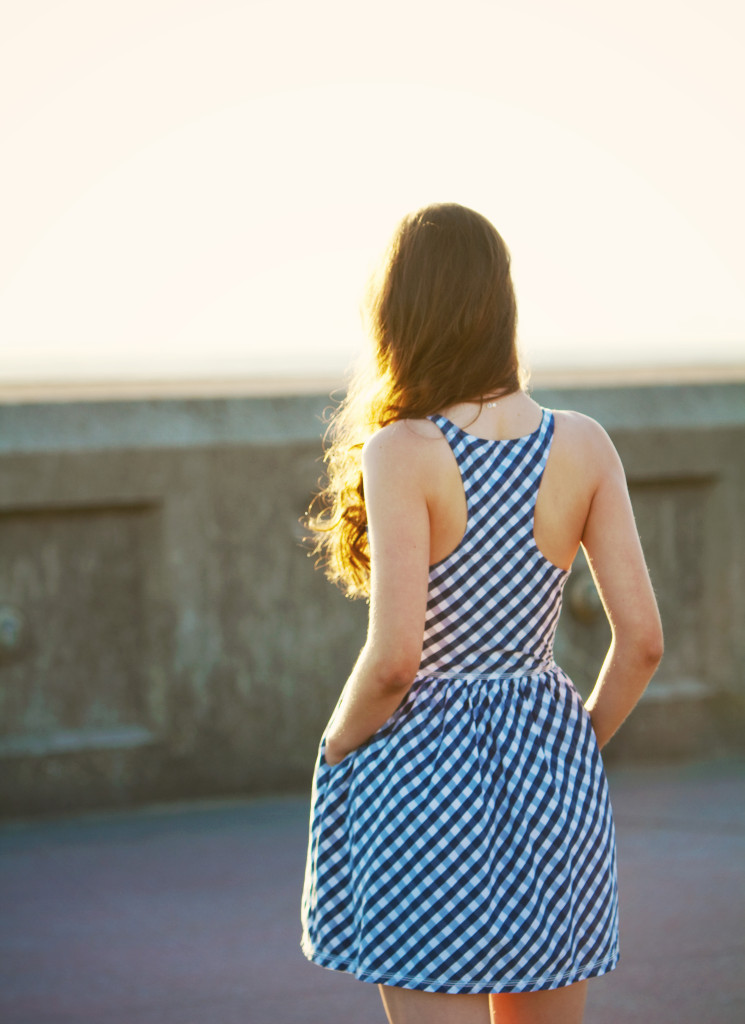 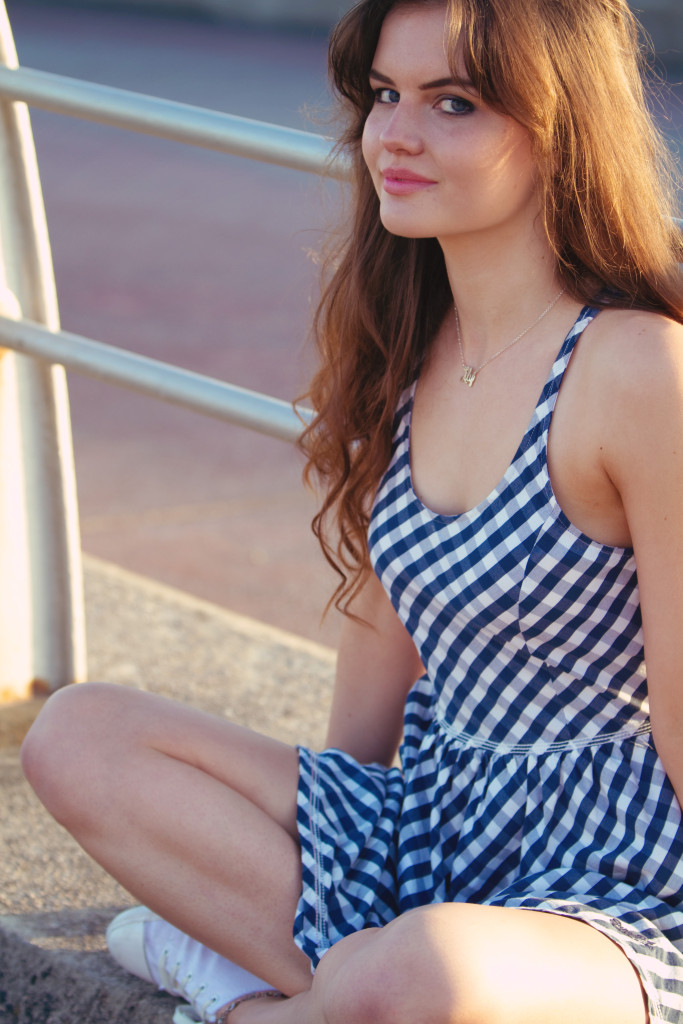 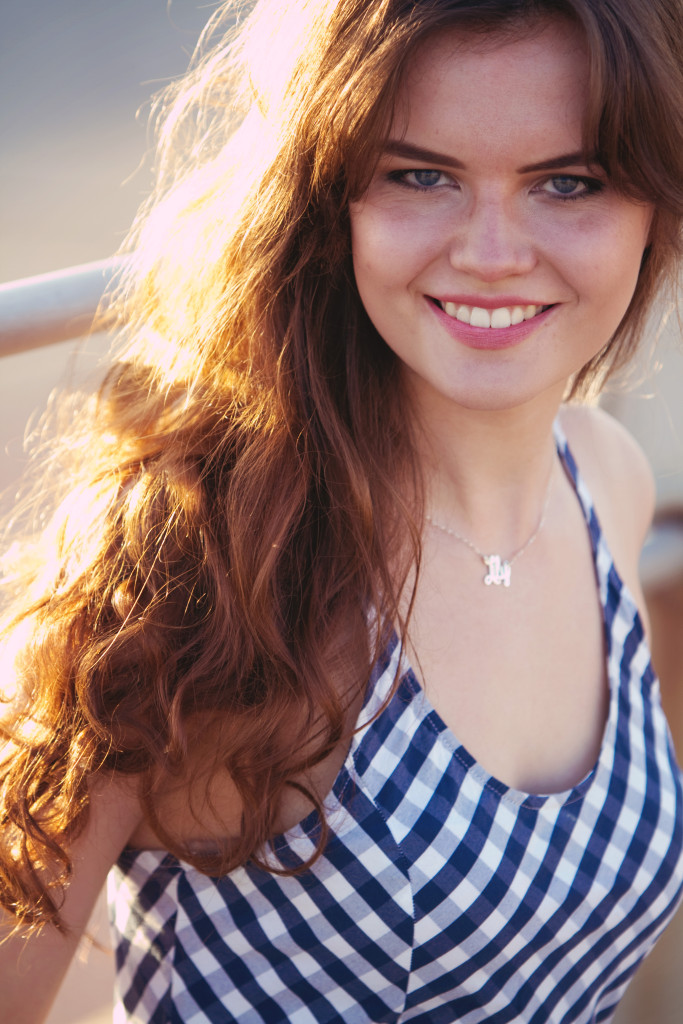 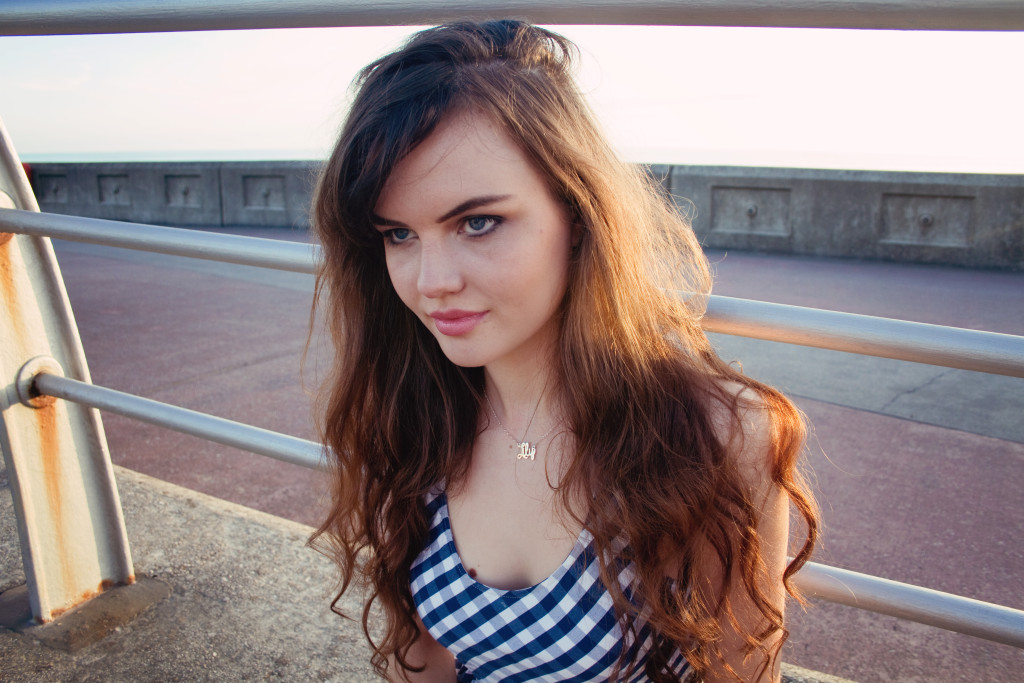 You may recognise my necklace as one I was kindly gifted a short while ago – I promise I haven’t been asked to feature it again!  I’ve genuinely been wearing it most days lately. 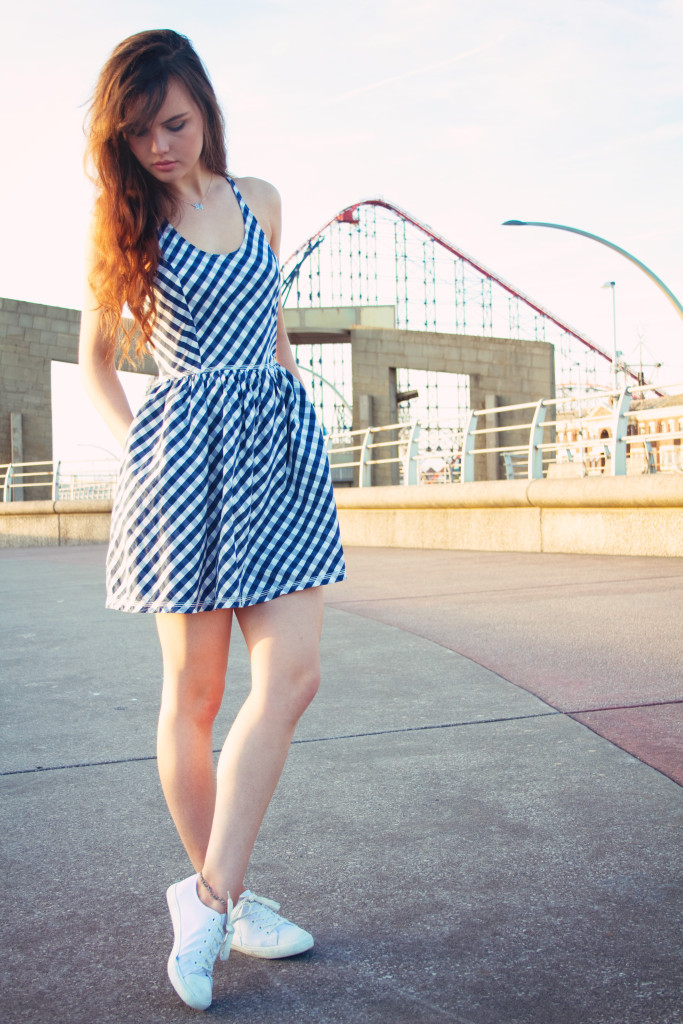 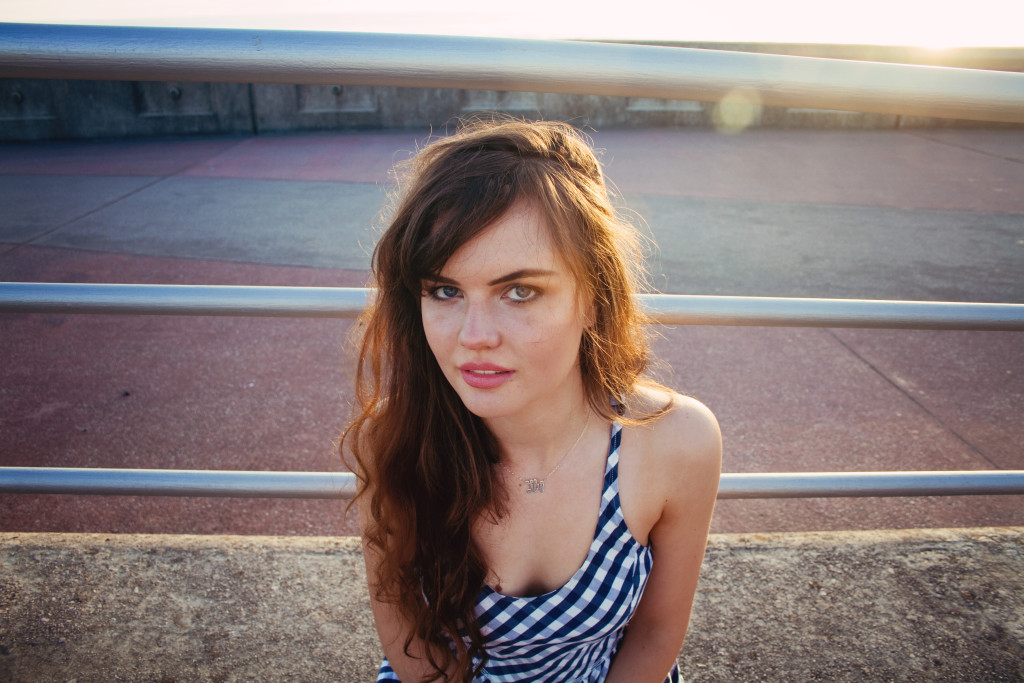 I’m not used to seeing myself from such a wide angle!  We don’t use this lens too often but when you’ve this amount of light available, you might as well make the most of it.  Sun flares are cool. 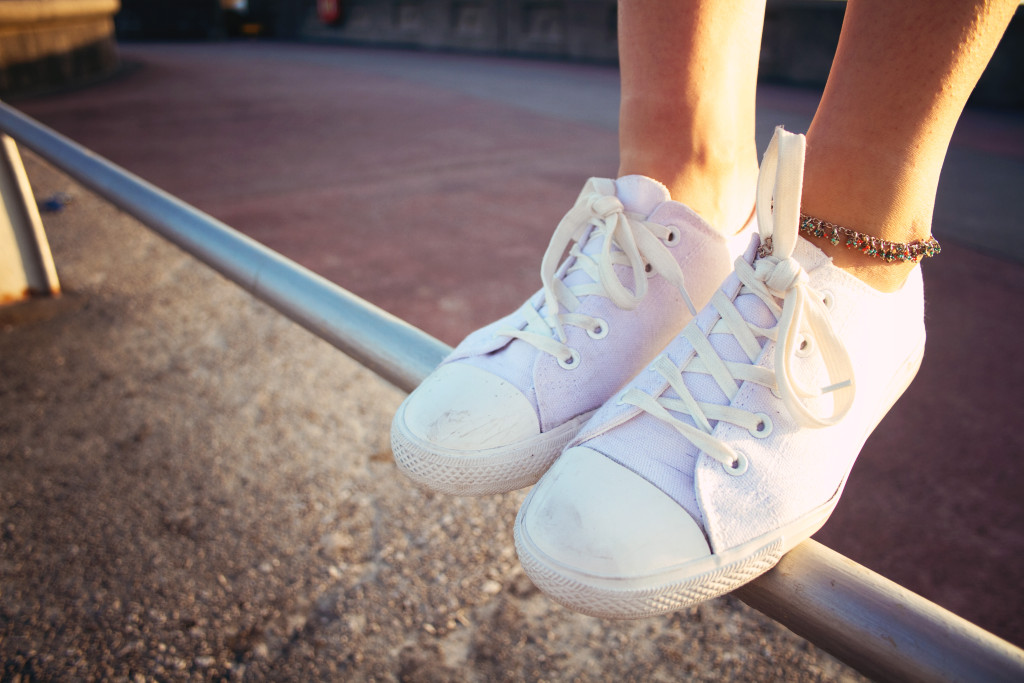 I tried so hard to keep these perfectly white!  Was never gonna happen though; I’m far too prone to tripping up over my own feet for that.  Or tripping over absolutely nothing, to be honest.  Clumsiness is a talent of mine. 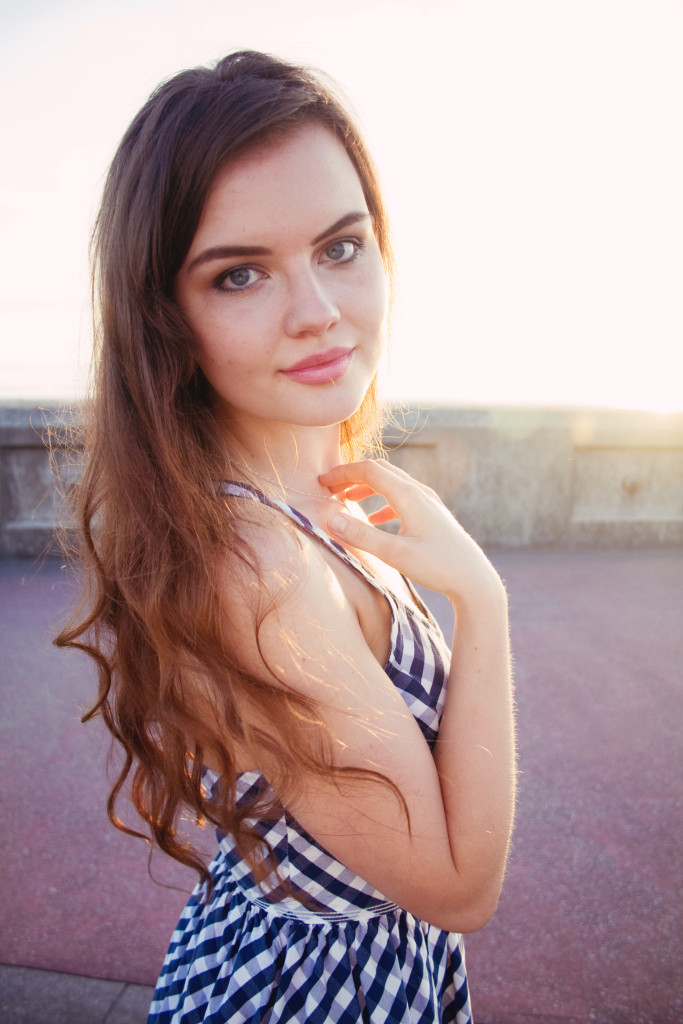 Almost photo-bombed by a bunch of 10 year old boys in these shots!  They found the whole camera thing hilarious and wanted their ‘picture took’ too.  Would be some interesting shots if we’d photographed their antics, put it that way!  Who knew cat calling started so young either?  Oh the life of a blogger. *Crying/cringing face emoji* 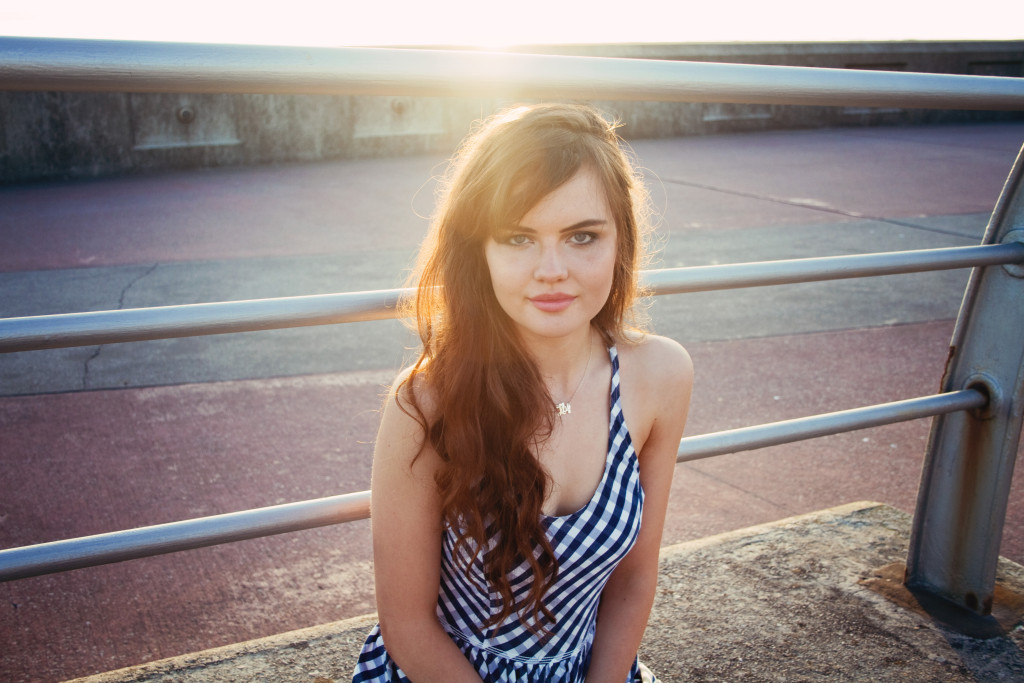 I’m feeling a wee bit lost with blogging at the minute.  Like I’m in a strange no man’s land, with the worst of my exams being over but it not quite being summer yet.  I feel like I need a focus, but I’m struggling to find one!  I’m not lacking motivation, more just little unsure how and where to channel my motivation, to be honest.  Debi wrote a fab post about feeling a similar way, and I’ve seen enough articles on ‘beating bloggers’ block’ to know it’s not just me that’s hit with blank-screen-itis once in a while!  I feel like I need new inspiration; nothing wrong with admitting that sometimes is there?  You can’t force creativity, and the harder you try, the less successful the outcome, it seems.  I’ve drafted several posts then realised (after wasting hours on them) that they’re utter drivel that nobody would want to read.  Bizarre musings that make total sense in my head, but good luck to anybody else trying to fathom them!  I’ve started creative projects then they’ve not gone to plan too, which gets me soooo frustrated with myself.  Now that is demotivating, when a project looks great in your head then… not so great once you try it on.  I guess that’s the flip side to the whole ‘make it up as you go along’ creative stuff – sometimes it just doesn’t work out.  I’d been making another crochet bralet (started as the absolute best form of revision-avoiding procrastination!) but something must’ve gone awry with the shaping because it didn’t lie as I’d expected when I tried it on.  Gonna have another attempt soon. 🙂