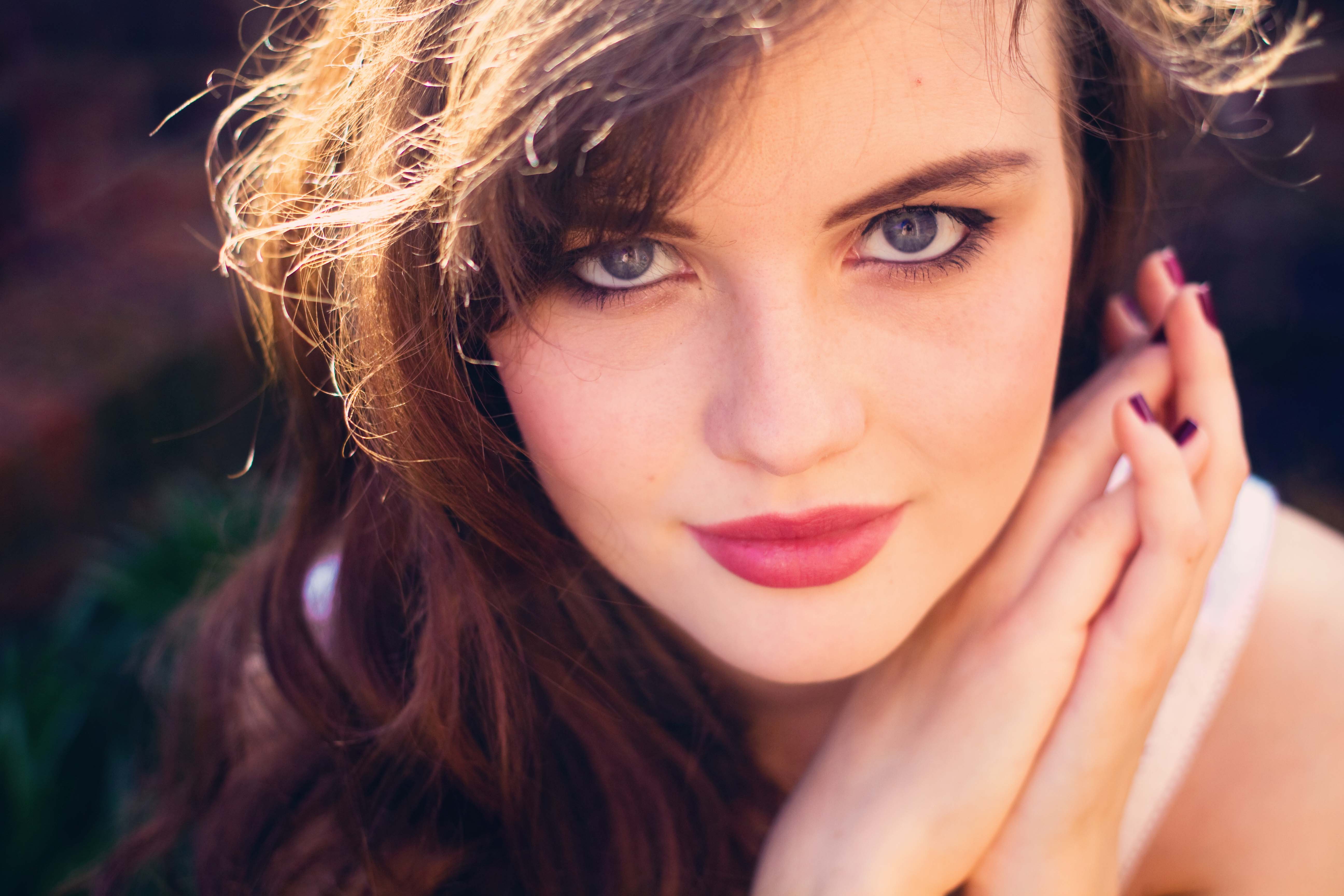 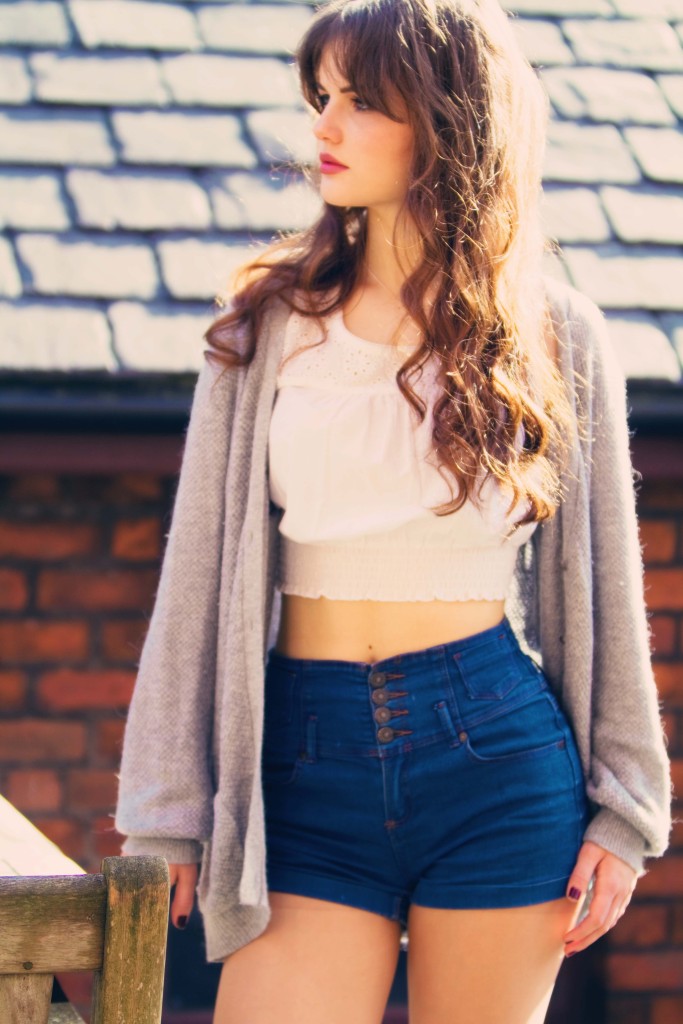 First day of sunshine and the whole country leaps into summer mode, as always!  So very British to get so excited over a blue sky.  I get way ahead of myself and bring out the shorts and cropped tops at first opportunity; with a cosy cardigan and long socks I was just nice outside in the garden.  The most inappropriately wintery with the most inappropriately summery and you’re sorted for this weather I reckon.  I managed to get a little bit of homework done after work yesterday afternoon, but probably spent much longer than I should just chilled with a coffee on the deck haha.  Wonder how many hours of my life I’ve spent sat around having a brew… 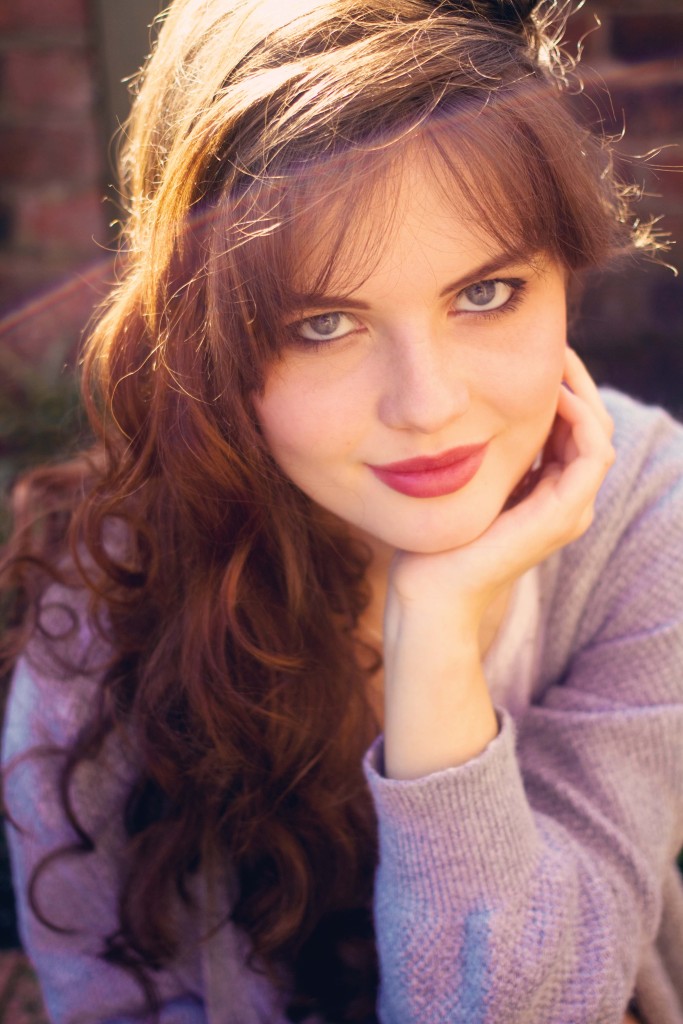 Speaking of summer, it’s both scary and exciting just how little time is left at college before we break up!  Scary ’cause exams (ugh) and exciting ’cause months of freedom.  Let’s just not even think about exams for today, yeah?  I can’t wait for the summer holidays though!  Even though I haven’t any fixed plans or travels booked yet, I’m looking forward to going places and seeing people and just generally doing all sorts of different things with no particular routine.  Spontaneity is my fave. 😀  Loads of people my age have festivals booked but I haven’t planned on going to any so far.  They almost seem like a rite of passage for my age/generation; it’s virtually expected that you’ll go to at least one.  I’ve not totally ruled out the idea; I just haven’t felt especially drawn to the experience either.  Not denying that the 5 days or so sans-shower has something to do with that!  I’m sure it’s a fun time there, but probably quite overhyped as a ‘teenage experience’ too.  Maybe I’d love it, maybe I’d waste a couple of hundred pounds on a few days of hell, who knows.  Some ‘teenage experiences’ are very ‘me’, some I’ll happily sit out. 🙂

I’m sometimes conscious of coming across on my blog as a permanent goody-goody that never lets my hair down like any regular teenager, because I can assure you that’s not the case.  Neither do I want to sound like a rebellious delinquent, because that wouldn’t be the case either!  (And would seem kinda try-hard, let’s be honest).  It’s difficult with blogging to come across as your ‘true self’ (cheesy as that sounds) because you won’t necessarily share everything you get up to, and we make assumptions about others’ characters involuntarily so who knows what other people think you’re actually like.  Do you feel like every aspect of your personality shows through your online persona?  I’ve been told that “you can just tell it’s your voice!” and I’d like to think I’m genuine.  Contradicting myself now, I know!  I just don’t think there’s really anything wrong with being selective about what is and isn’t blogged, and I feel the same way about everyone else.  Trying to categorise anybody’s character is a pointless exercise really anyway.  I’m your no.1 geek one day then far from it the next, case in point.  Evidently I’m no.1 for rambling on about pointless thoughts for too long too, so I’ll leave that one there! 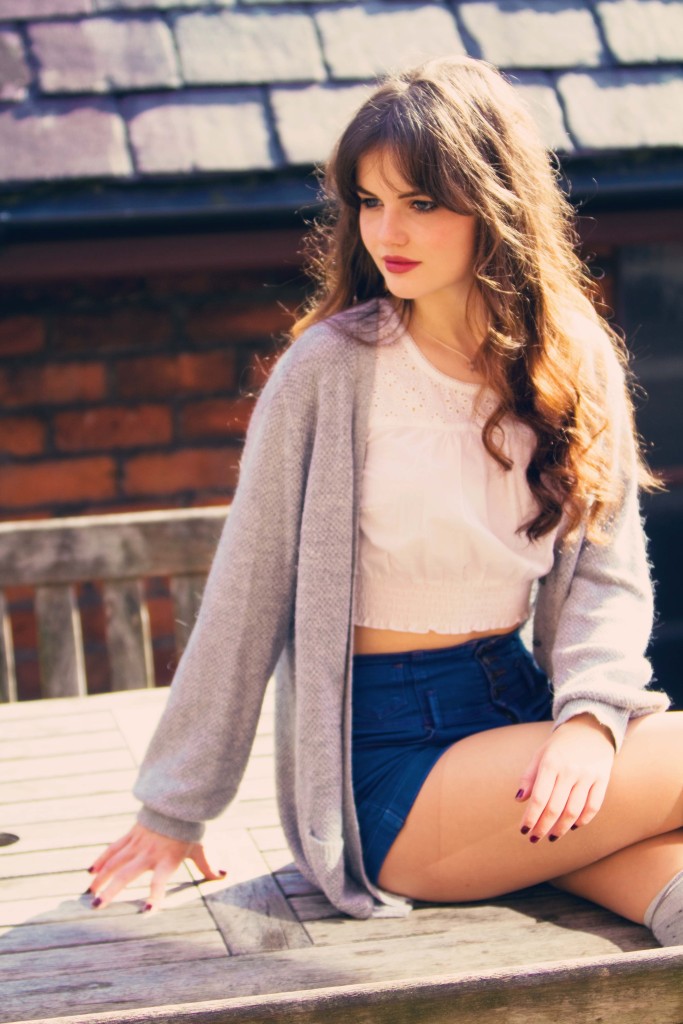 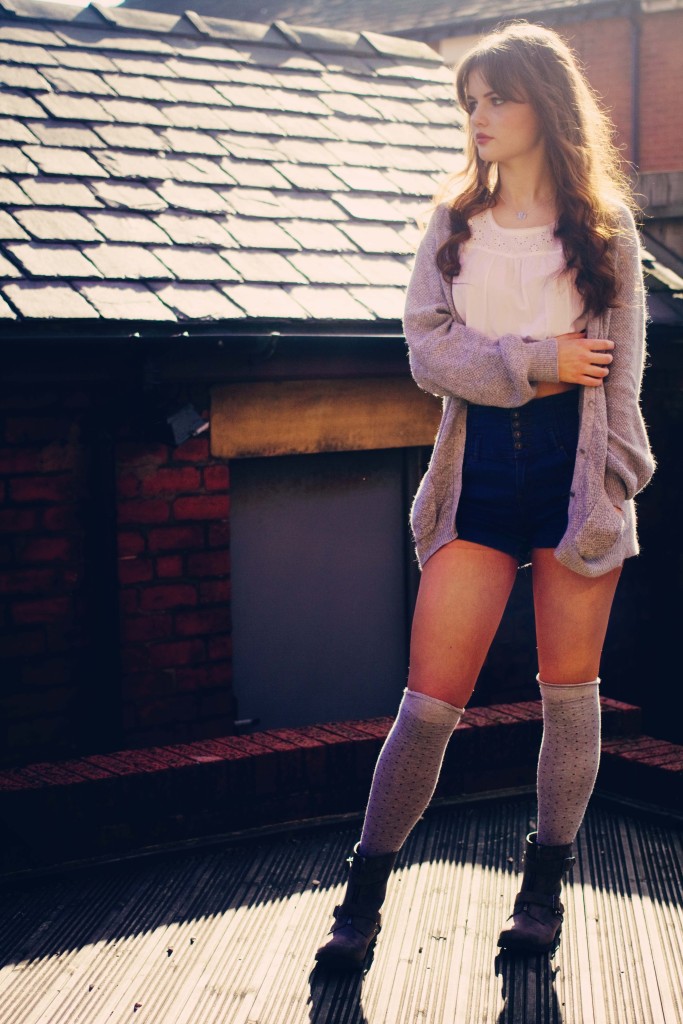 Damn you, too short over knee socks!  My legs aren’t even that long considering my height so I don’t know why long-enough socks are so hard to come by.  Or socks that don’t cut off your circulation mid-thigh.  It’s weird how your body builds muscle loads more in one area than others – I have reasonably muscular thighs and calves considering I haven’t lifted heavy in quite a while but my arms remain tiny!  Good job I’m not fussed about having really skinny legs because there’s no way that would happen haha. 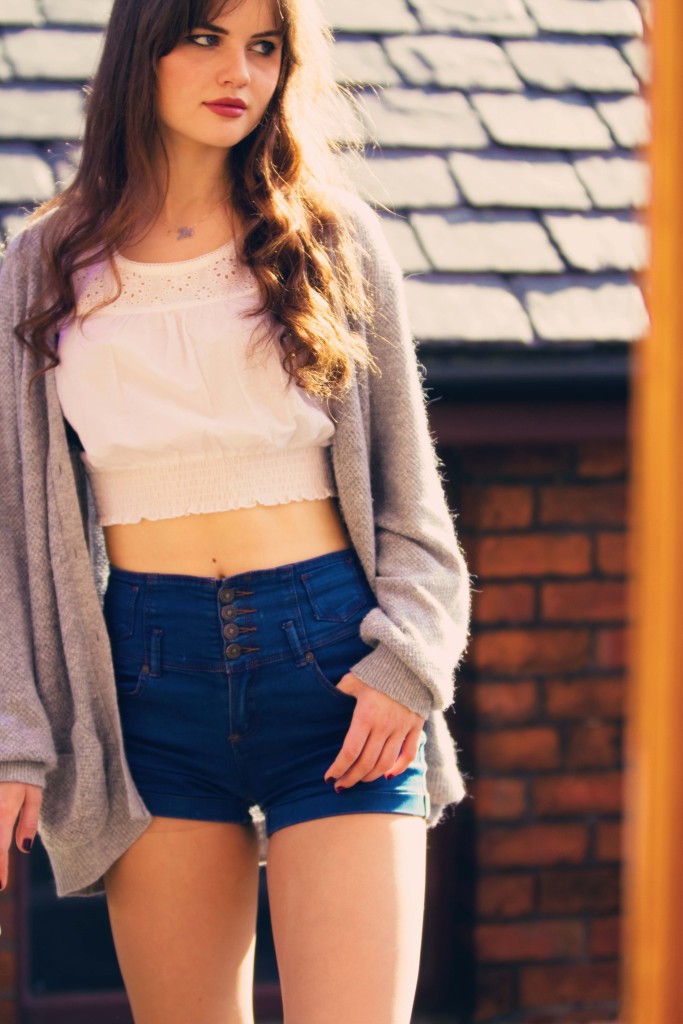 (MAC Creme in Your Coffee lipstick) 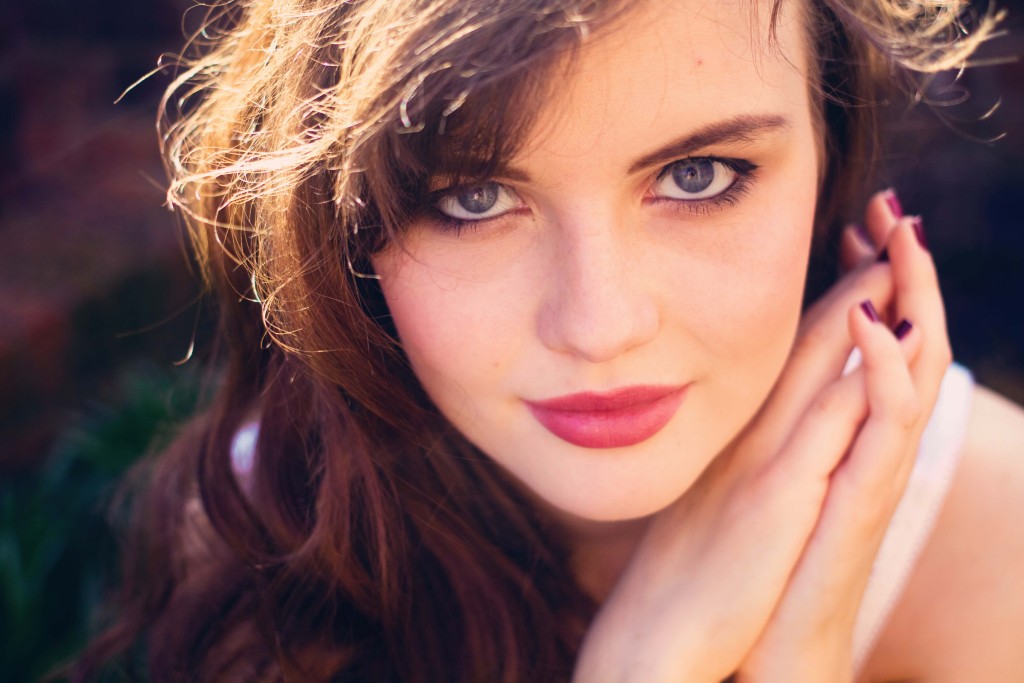 So much sunlight in these photos, the novelty!  Has it been sunny where you are?